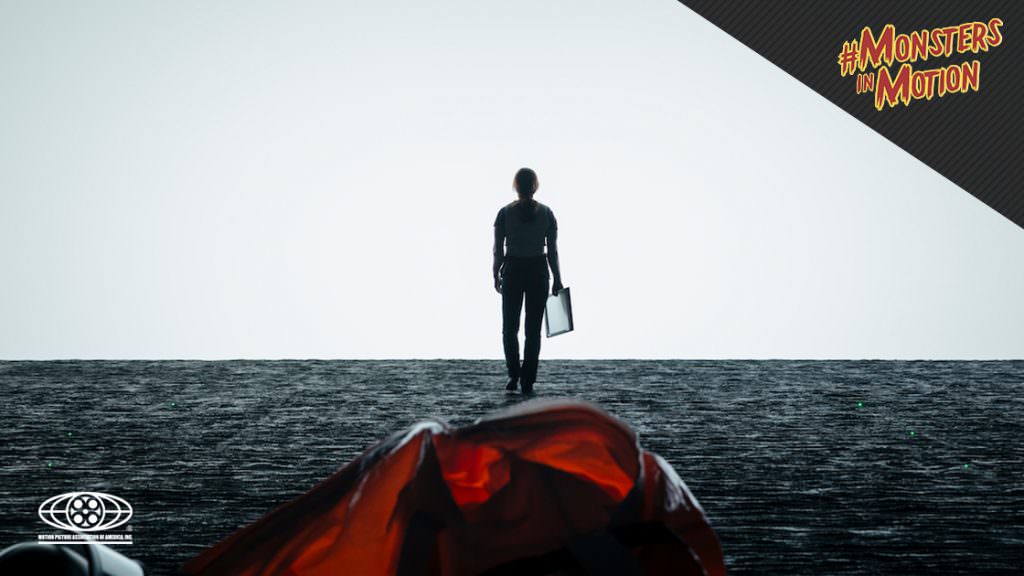 The existence of aliens has been confirmed time and time again (in the world of movies). These beings span a wide variety of origins and appearances, genres and styles, as well as unique creative processes and innovative applications for visual and special effects (SFX) in film production. Extraterrestrials have been a rich source of inspiration for filmmakers since nearly the advent of the medium, and have become the stars of some of the most iconic films in history. In 1977, aliens enabled both Stephen Spielberg and George Lucas to revolutionize the industry and enhance the cinematic experience by releasing two big-budget blockbusters: Close Encounters of the Third Kind and Star Wars (later renamed Star Wars IV — A New Hope). We brought together a list of some of the most impactful encounters from other worlds:

Close Encounters of the Third Kind

The humanoid in this sci-fi classic was designed by artist Carlo Rambaldi, who incorporated all the most commonly reported characteristics and features derived from witness accounts of aliens throughout history. It was constructed using internal mechanisms to enable arm, hand, head and eye movement, which required six people to operate. The final product, which Spielberg named “Puck,” was later duplicated for the film’s final scene, revealing several aliens aboard the “mothership.”

The extraterrestrial stars of this 1979 sci-fi horror masterpiece, known as Xenomorphs, were inspired and adapted from a lithograph by surrealist artist H.R. Giger entitled Necronom IV, combining both male and female attributes. Their main feature was a mechanized head elaborately built by special effects (SFX) artist Carlo Rambaldi with the ability to be controlled by hand using a series of levers connected to interlocking cables for cutting-edge mobility. The alien’s teeth were fashioned out of polished steel for enhanced reflectivity. This head would also emit streams of fluid that ran through the mouth when widening its jaws or bearing teeth.

Heptapods are the extraterrestrial stars of this sharp psychological sci-fi gem that premiered last year about aliens visiting Earth in contemporary society, prompting widespread paranoia and anxiety across the globe. The film follows a linguist who attempts to communicate with the aliens, hoping to prevent humans from reacting too hastily. These aliens arrive in egg-shaped aircrafts. They were created by production designer Patrice Vermette and set decorator Paul Hotte, in addition to graphic designer Aaron Morrison. Their design was inspired by the work of James Turrell.

E.T., The Extra-Terrestrial
This E.T. may be the most famous alien in film history. Its design and animatronics were made by the world’s foremost artist of extraterrestrial creatures in cinema, Carlo Rambaldi, in collaboration with director Stephen Spielberg. The initial concept drawings were done by storyboard artist, Ed Verreaux. The creature was partly inspired by Rambaldi’s painting from 1952 entitled, Donne del Delta. It moved with remarkably life-like dexterity, including “85 different movements and 35 facial tics.”

Arquillians made their first appearance in this sci-fi comedy classic from 1997 as pint-sized humanoids that wore and controlled human-sized mechanical suits. Following the disappearance of an orb they faithfully protect called the Arquillian Galaxy, the Arquillians threaten to obliterate Earth unless it’s returned within a certain time period. The film’s special effects were led by Rick Baker, who handed this assignment to sculptor Jim McPherson and mechanic Mark Setrakia, combining robotics and animatronics. Later on, the design was refined by illustrator Carlos Huante. Additionally, model makers at Industrial Light and Magic (ILM) helped construct the elaborate “cockpit interior”.

Non-Terrestrial Intelligence (N.T.I.) a.k.a. pseudopods are an aquatic alien species featured in this 1989 thriller and possess the ability to manipulate water and weather, such as generating powerful storms or tsunamis. They are translucent and appear to glow underwater. These underwater aliens were based on designs by production designer Steve Burg, in addition to storyboard artist Phil Norwood, and conceptual artist Jean “Moebius” Giraud. Under the supervision of visual effects expert Dennis Muren, ILM developed the aqueous computer-generated imagery (CGI), thereby creating never-before-seen animatronics and bold concepts that were unmatched at the time. Subsequently, it inspired director James Cameron was to incorporate similar effects imagery in his 1991 film Terminator 2: Judgment Day to simulate a “liquid metal” morphing effect on its iconic villain, T-1000.

This unrelenting action-horror flick from 1987 is centered on a savage humanoid warrior who lurks the jungles of Central America and is capable of turning invisible, targeting a squadron of U.S. Special Forces stationed nearby for a rescue mission. The creature’s design was headed up by SFX maestro, Stan Winston, who was first inspired by a painting of a Rastafarian warrior that he spotted in the office of producer, Joel Silver. Per a recommendation from film icon James Cameron, Winston decided to add insect-like mandibles to the creature. Winston’s teammate Steve Wang constructed the costume out of foam latex, minus the acrylic teeth. The suit was worn by an actor named Kevin Peter Hall who stood over seven feet tall. His wardrobe also included a mechanical head, made by crewmember Richard Landon. It had a fully animatronic face, as well as tusks and mandibles that moved when Hall spread his jaws. When painting the suit, Wang tried to create a color scheme that resembled the brown spot pattern of an old banana peel.

Six-foot-tall, crustacean-like extraterrestrials or “non-humans” derogatorily referred to as “prawns” can be seen in this action-packed thriller from 2009. These sentient, bipedal aliens are an oppressed race trapped in abject poverty on Earth. They were partly modeled after the Goliath beetle and possess exoskeletons similar to scorpions. Their mouthparts seem to resemble the chelicerae of a spider as well. These creatures were primarily constructed and put to life by visual effects group, Imagine Engine, with the remarkable use of CGI. Director Peter Jackson’s SFX company, Weta Workshop, also assisted with digital design and funding of this mid-budget gem.

The first Star Wars movie featured dozens of fantastical character concepts for exotic aliens that revolutionized visual special effects in cinema. Although their inclusion is brief, a species called Bith seemed to stand out among the others, and can be seen playing reed instruments as a musical group, often referred to as the Mos Eisley Cantina Band. Their costumes were created by sculptor, Doug Beswick, alongside SFX teammates Phil Tippet, Rob Bottin, John Berg, and Laine Liska. The band’s tunes were written by legendary composer, John Williams, after being pitched by writer/director George Lucas, asking, “Can you imagine several creatures in a future century finding some 1930s Benny Goodman swing band music in a time capsule or under a rock someplace—and how they might attempt to interpret it?” (Zdenek, Sean. “Chapter 7.” Reading Sounds: Closed-Captioned Media and Popular Culture, The University of Chicago Press, 2015, p. 238.) Afterward, the Bith band starred in a drunk driving PSA with legendary comedian, Richard Pryor.

This horror/sci-fi classic from 1982 is a smorgasbord of startling SFX, which follows an invasion of vicious, parasitic aliens on Earth with the ability to mimic any living organism once it has made contact. Director John Carpenter paired a 22-year-old Rob Bottin with storyboard artist Mike Ploog to design the film’s visual effects. One of the film’s most prominent scenes involves a doctor attempting to defibrillate a character whose human body is brutally altered by an alien host. During the scene, an alien abruptly bursts out of the man’s gut, making a clean slit across his torso that transforms into a mouth and bares shark-like teeth. Afterward, the alien disentangles from the corpse with its head while emerging with a spider-like body. This scene required a series of amazingly realistic fiberglass replicas of the actor’s upper body.

Whether or not these creatures exist in real-life, audiences everywhere have enjoyed their presence on the big screen.