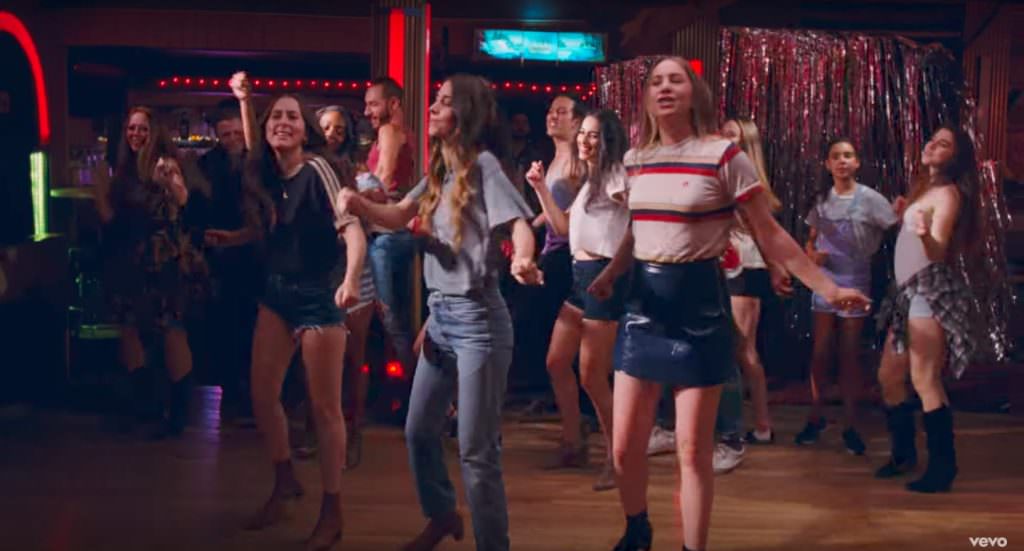 You have to love this burgeoning creative relationship between HAIM and writer/director Paul Thomas Anderson. Anderson directed HAIM’s music video “Right Now” which was a relatively straight forward (but beautifully composed) look at the ladies performing live in studio.

Then Anderson and HAIM released a short film, Valentine, that is a longer, and equally beautifully shot look at the group recording in the studio.

Now, the gang is back with a full blown music video for HAIM’s song “Little of Your Love,” which will likely make you dream of getting to see a Paul Thomas Anderson musical, with HAIM starring in it. It’s really wonderful. On yet another truly terrible day of news, this video is a brief, beautiful burst of pure goodness. While we wait for Anderson’s upcoming film, set in the fashion world of 1950s London, this HAIM music video is a great little gift. Enjoy.