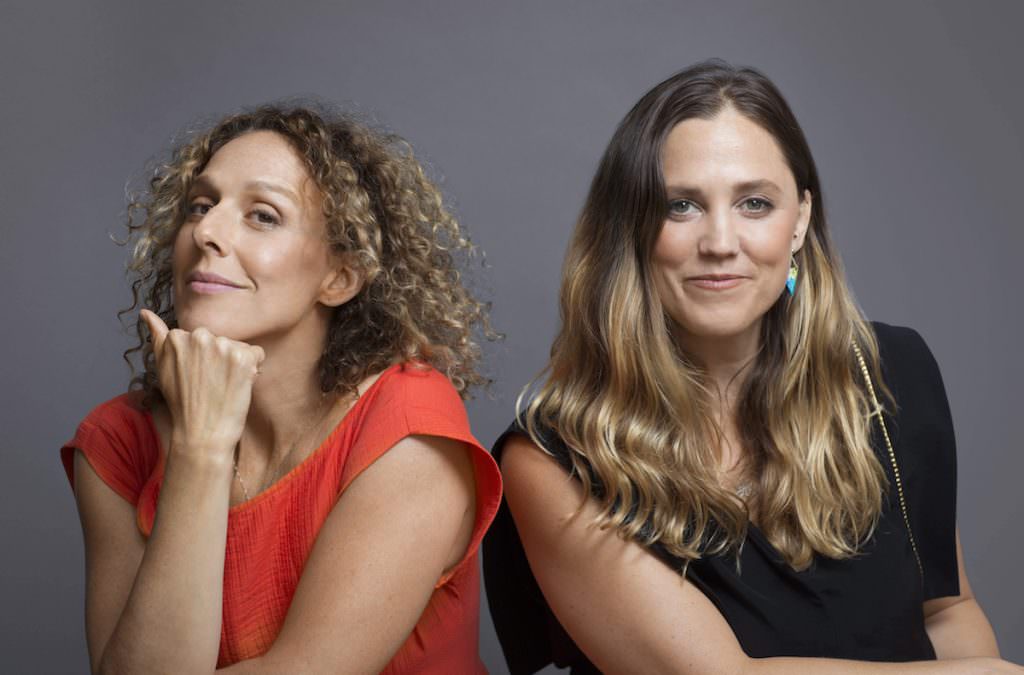 Directors Heidi Ewing and Rachel Grady earned an Oscar nomination for their  2006 documentary Jesus Camp, a searing expose of children being indoctrinated at an evangelical Christian summer camp called Kids on Fire. Now, for their sixth feature length collaboration, the documentarians explore another aspect of a strict religious sect and its effect on vulnerable members in One of Us. The film, a Netflix original documentary launching globally on October 20, follows three young New Yorkers trying to break free from their insulated Hasidic Judaism community and the consequences they face.

“We never set out to make a story about the religion,” says Ewing, who with Grady was interviewed at this year’s Toronto International Film Festival where One of Us premiered. A film about Hasidic Judaism itself  “could be fascinating; it’s extremely byzantine,” says Ewing. But she and Grady, who both live in New York City where Hassidic Jews are an everyday but mysterious presence, wanted to make a film “about the price of individuality and the price of collective behavior.”

Living in close proximity to Hasidic Jews, says Grady, makes them “a story that a lot of New Yorkers are curious about. We had, potentially, an access point through people who are trying to exit.” That angle, she says, “evolved, as we know from experience, [when] you follow the lead of what your story is. We met characters and the story became about them. Everything else is irrelevant; you’re on a journey with them.”

One of Us follows three individuals on that journey to break from the strict orthodox sect whose members dress in traditional attire, adhere to strict religious doctrine and shun members who try to leave the closed community and live a modern life. There is Etty, a mother who was forced at age 19 into marriage and childbearing (she had seven kids before age 32) who is trying to divorce her abusive husband and who faces reprisals and ostracism from the patriarchal community.

Ari, an 18-year-old, is struggling with addiction and the effects of childhood abuse. Luzer, a charismatic, twenty-something actor who, despite having found success in the secular world, still wrestles with his decision eight years earlier to leave Hasidic life.

Ewing and Grady followed their subjects for about three years, gaining the trust that was necessary for such intimate and ultimately powerful access to their struggles. They found some of their subjects through the underground organization Footsteps (there’s one in New York and one in Israel) that helps Hasidic Jews who want to leave the community. After winning its trust, the filmmakers were granted access to Footsteps meetings and members who gave their consent.

Both directors understood what they were up against. Earlier this year, Joshua Z. Weinstein, a documentary filmmaker, wrote and directed the indie film Menashe, a drama set in the Hasidic community of Borough Park in Brooklyn.

“Menashe is fiction for a reason,” says Ewing. “[Weinstein] tried to make a documentary but couldn’t get access. They don’t like cameras.”

Working with a skeleton crew and keeping a low profile, the filmmakers shot their subjects in often clandestine settings, such as Etty’s risky meetings with a Footsteps social worker. Etty is the subject who faces the most danger; by leaving her marriage, she risks losing her children and faces an uphill legal battle.

“Everything is conditional. When you cross the line, you’re gone,” says Grady. “It’s harder for women.”

“In the film, you see the difference,” says Ewing. “Luzer and Ari run into friends, or old employers on the street who tell them, ‘hope doing better.’ That will never, ever happen for Etty. No one will ever wish her well. They look at her like a traitor, as an absolute turncoat, like someone who abandoned her children which she did not. It’s really hard for a woman to exit, to stand up to her husband, stand up to abuse, get a divorce … all that was an affront and she was punished for that.”

Grady says the film crew experienced dirty looks but never felt threatened. “This is not a culture of aggressive people on the street. But through Etty, you see that if they feel threatened, they can be violent. The kids are everything; that’s why they have many, many children … so the idea of leaving and taking their kids is intolerable.”

There are parallels to Jesus Camp, but the filmmakers also note that ex-Hasidics face an even tougher battle when they try to break away. The isolated-by-design community controls its citizens by keeping them ignorant about the secular world: the internet and smart phones are banned, for instance. So leaving the only life they know is a frightening prospect that causes some to stay.

“It’s about belief and belonging,” says Ewing. In Jesus Camp, the kids didn’t have a say in how they were raised or schooled, she says, but might grow up to question it. One of Us exposes a “different community, a different faith,” but there’s a direct line. “What happens when one day you wake up and say, ‘I don’t buy that’ and [it goes against] your entire family, community, church,” she says. The film looks at the perils in the paths of “who stays, who leaves, who shuts up, who puts up, who says, ‘I can’t do this.’”