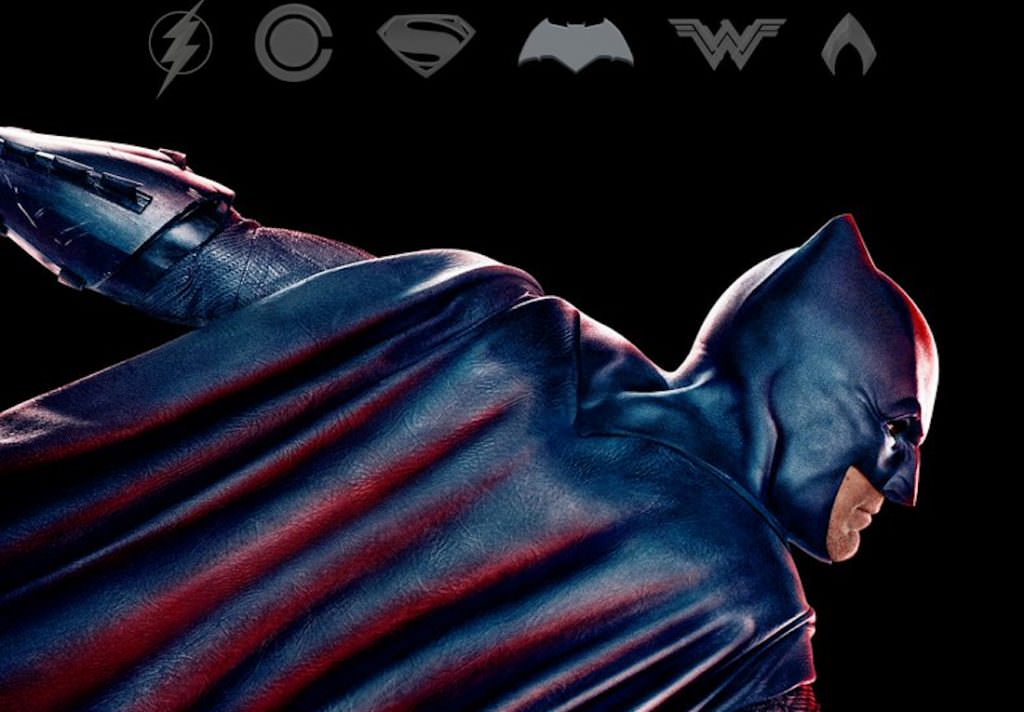 We’re inching closer to Justice League‘s premiere (a mere six weeks away), which means Warner Bros. is going to step up their promotional game. With that in mind, the studio has announced that a new trailer is arriving Sunday. This is the first new trailer since July, when they finally gave fans a glimpse at the action at San Diego Comic-Con. Since then a lot has happened with Justice League, and most of it very sad. Director Zack Snyder had to step away to be with his family after a tragedy, and in his place stepped Avengers helmer and all-around maestro Joss Whedon.  Since then, Whedon has invested a lot of his creative energy into the film, and the final result will likely be a whole lot more than his simply finishing the shoot. In fact, Whedon’s input has been significant enough to warrant a screenwriting credit, which means he rewrote at least a third of the movie.

What does a Snyder/Whedon film look like? It’s one of the truly intriguing things about the run up to Justice League, and its why this new trailer will tell us a lot about what direction Whedon took the film in. The new posters that Warner Bros. released are very much in keeping with what Snyder was striving for, a shift from his ultra-dark Batman v. Superman into the more collegial, and likely a little more colorful world of Justice League, where the heroes are no longer fighting each other, but together, against a common and no doubt ruthless enemy.

We’ve got the new posters below, and will be sharing the new trailer once it drops.

Justice League opens November 17th and stars Ben Affleck, Henry Cavill, Gal Gadot, Ezra Miller, Ray Fisher, and Jason Momoa. The film follows Batman (Affleck) and Wonder Woman (Gadot) as they round up a team of meta-humans to do battle against a supremely powerful enemy. 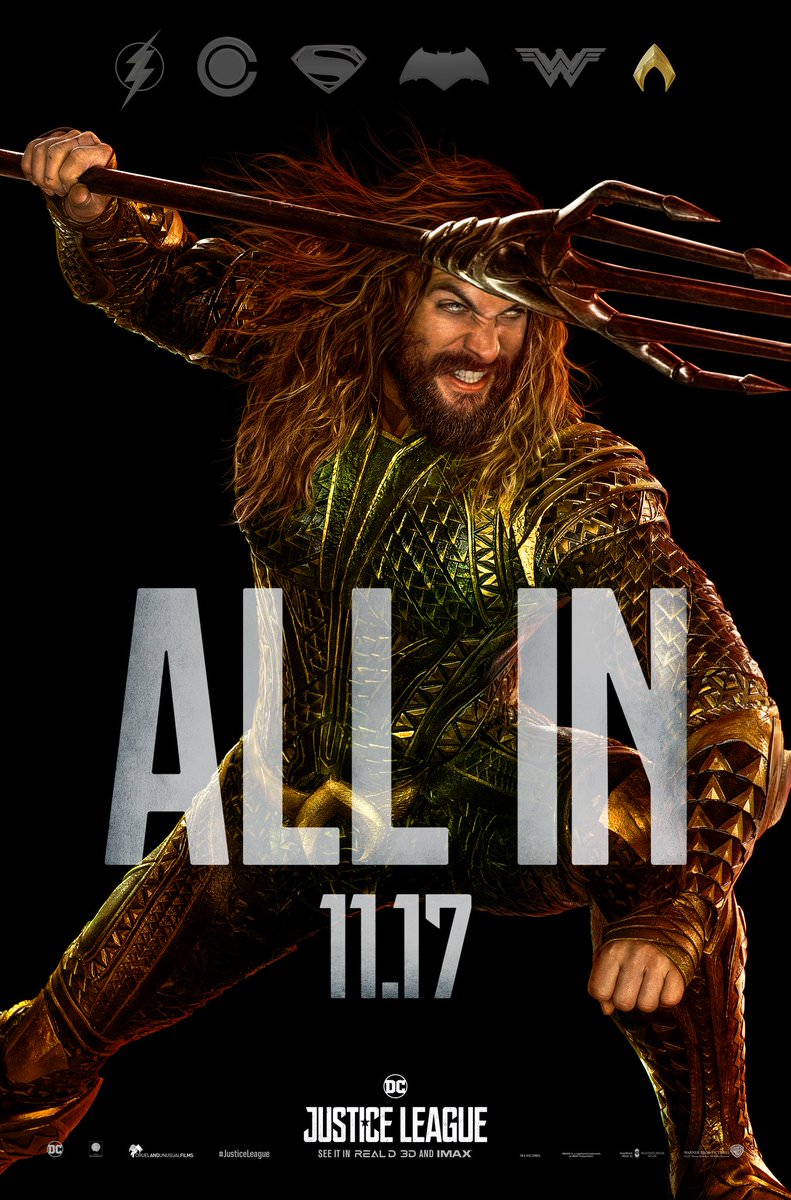 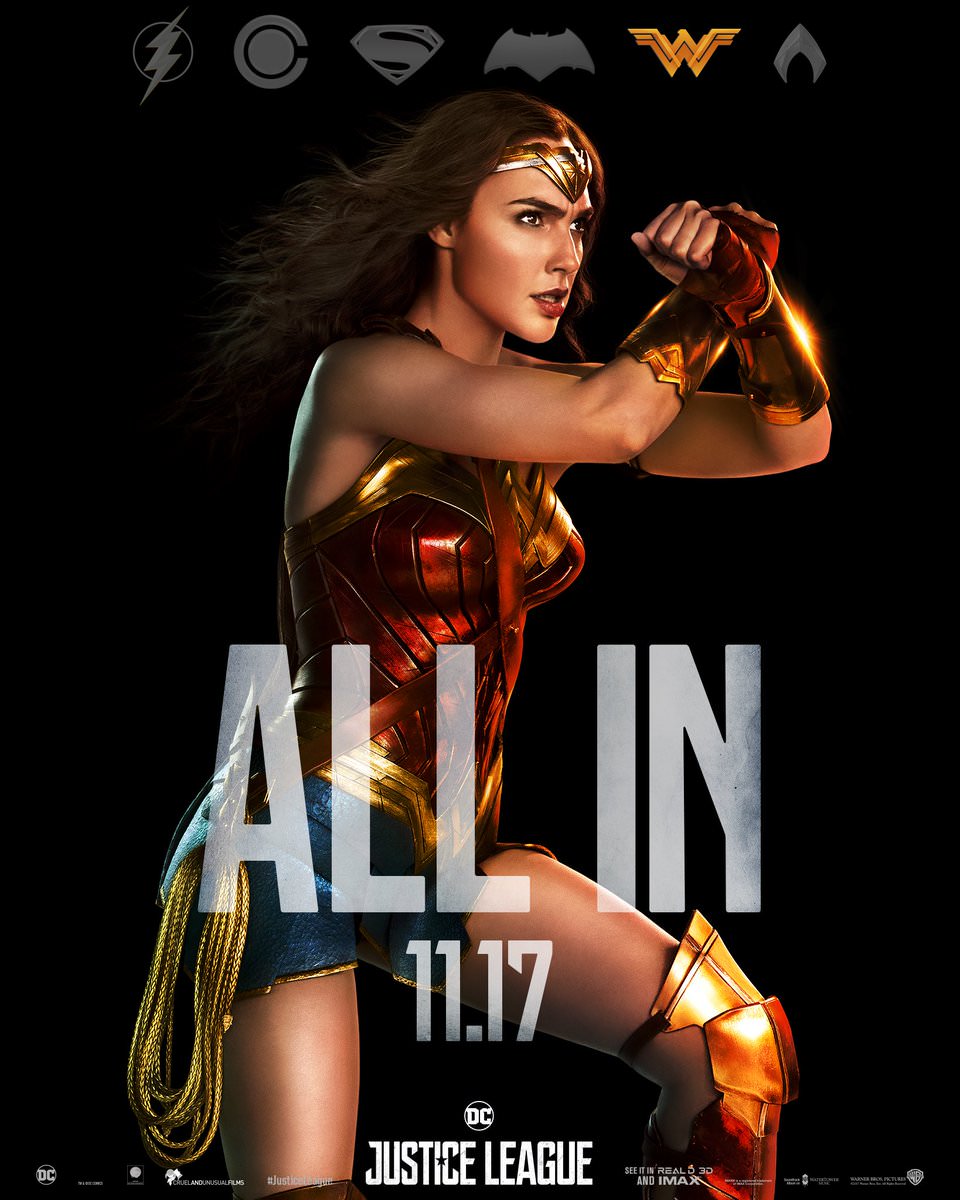 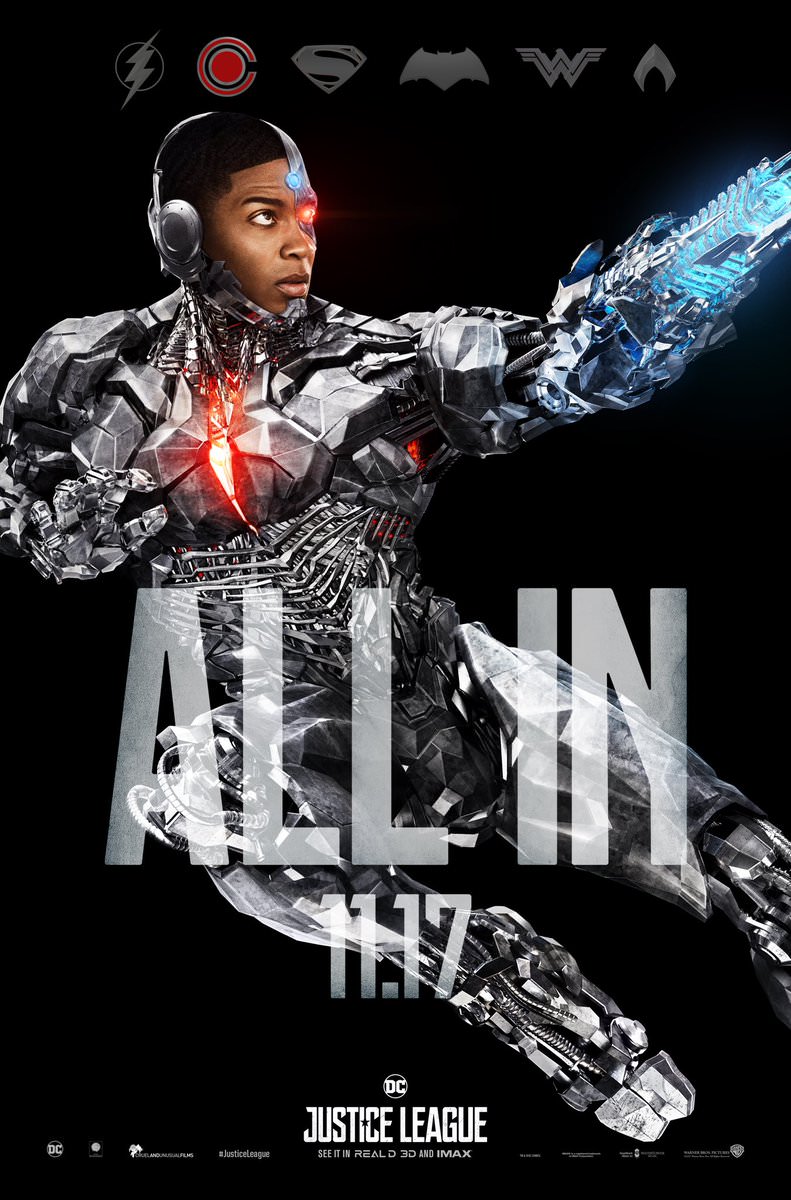 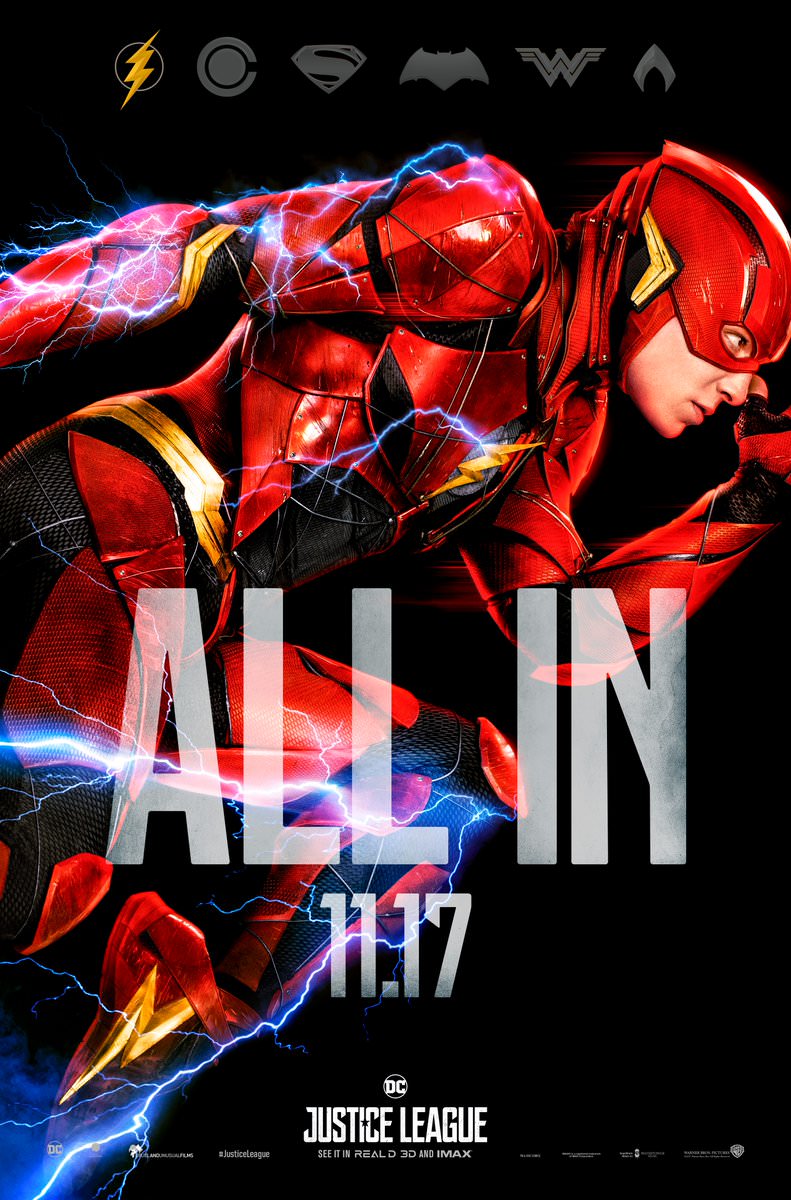 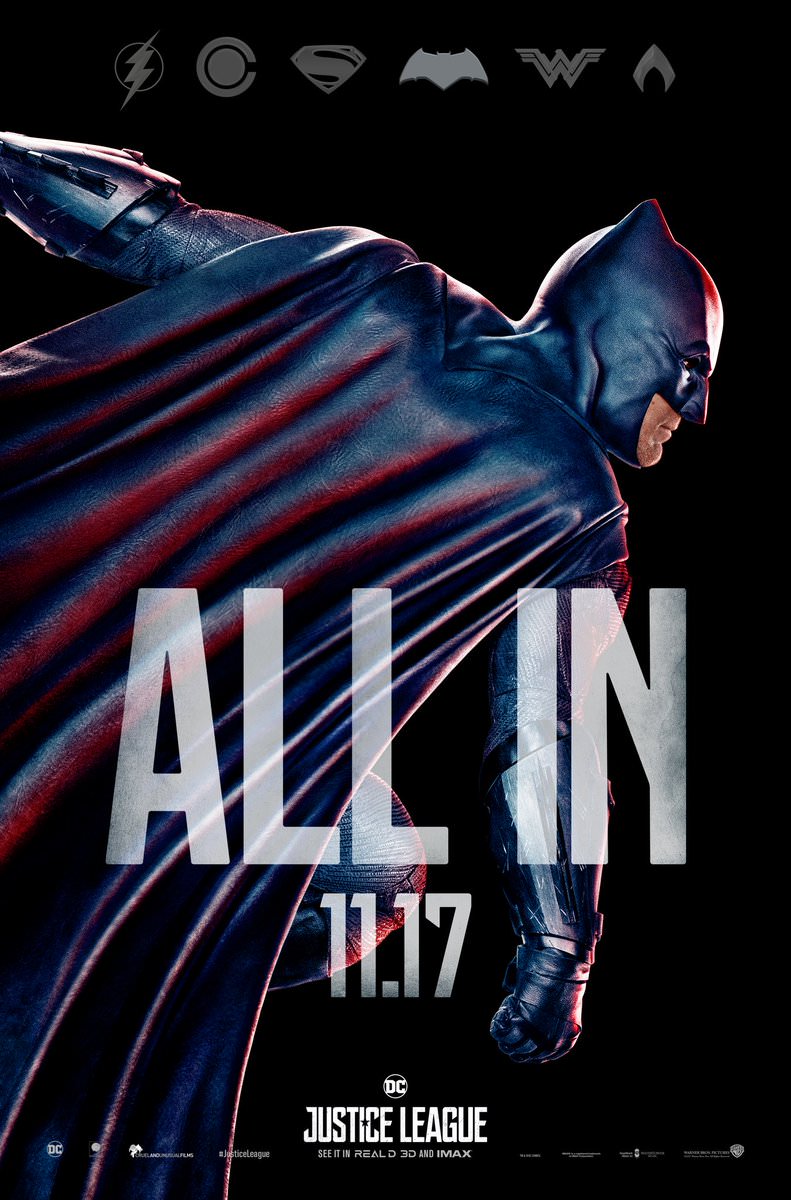