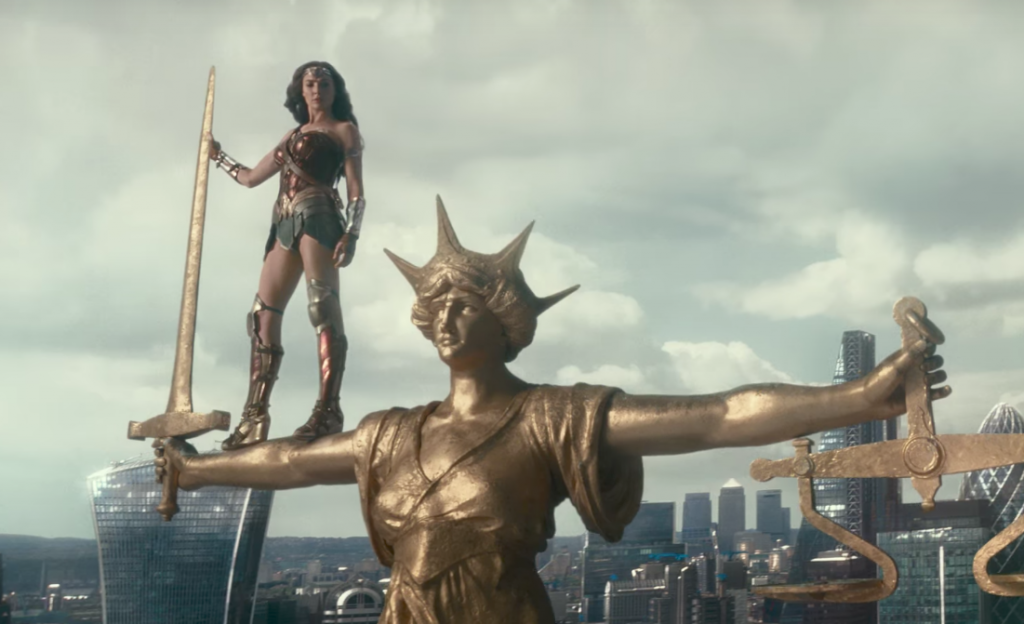 We are nearing the November 17 release for Justice League, DC Films and Warner Bros.’ biggest, baddest superhero film yet. We recently shared this new trailer, which gave us our first look at the impact writer/director Joss Whedon has had since taking over for Zack Snyder, and what we saw was very promising. The film is centered on a much different Batman (Ben Affleck) from Snyder’s Batman v Superman: Dawn of Justice. Having watched Superman sacrifice himself, Batman turns to his new ally, Diana Prince (Gal Gadot), to help him recruit a team of metahumans to face an even greater threat. So Batman and Wonder Woman go scouting, and eventually get Aquaman (Jason Momoa), Cyborg (Ray Fisher), and the Flash (Ezra Miller) to join forces. From everything we’ve seen, Justice League is both a lighter affair than previous DC films (in tone and color palette), yet a much larger film, not only in terms of the cast, but also the scope and scale both Snyder and Whedon were working on.

With the premiere approaching, more material is being released. A new “first-look” offered by AT&T and two new spots help give us an even better sense of what’s to come. In this AT&T sponsored spot, each of the League‘s members gets a chance to shine, with the actors explaining how their characters fits into the larger group dynamic.

In this promo “Friends,” the Flash explains his reasoning for joining Batman’s new super-group (it’s not at all complicated). There’s some some decent banter throughout, which was part of Zack Snyder’s effort to give the film less brooding and more bonhomie after Batman v Superman‘s dark, serious tone

And finally in the promo “Coming,” the members of the league demonstrate their abilities, with Wonder Woman showing what happens when you take a cheap shot at her. As Alfred (Jeremy Irons) explains, “He might not have thought that through.”