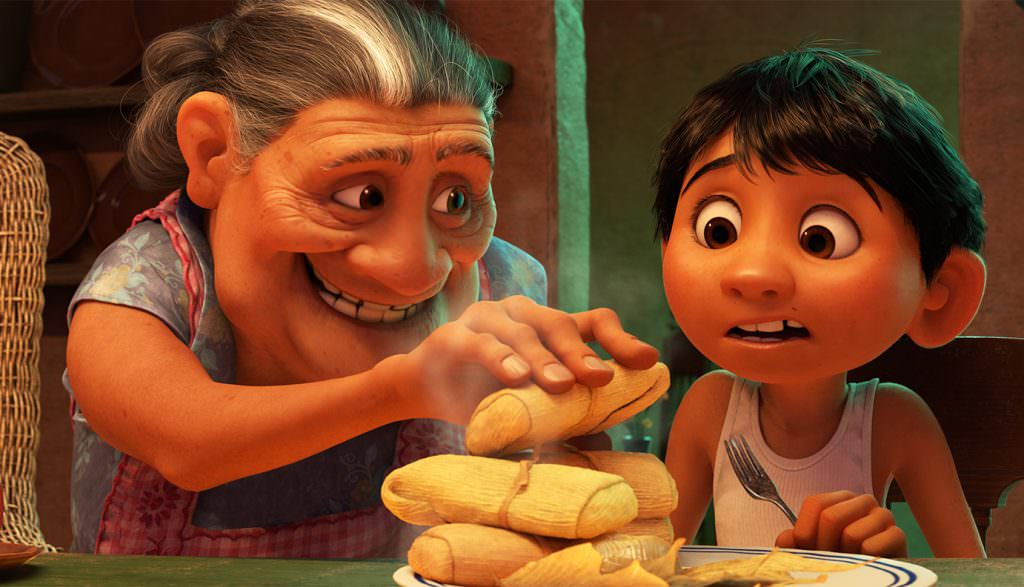 Día de los Muertos is nearly here, and with it comes Pixar’s next major release, Coco. Following in the vein of Disney’s Moana, the filmmakers did some incredibly in depth research to capture a fascinating and colorful culture. Coco looks like a delightful celebration of the Mexican holiday, traditions, and way of life. Pixar released a brand new clip and featurette that give us a flavor of the film.

The story follows young Miguel whose dreams exceed his familial expectations. The young boy has a passion for music, but it seems to be forbidden by his Abuelita who wants him to stick to the family shoemaking business. It’s a family dynamic that a lot of audiences will probably recognize from their own experiences. Following his heart will ultimately lead Miguel to the Land of the Dead, which looks really entertaining. Check out the clip of Miguel being torn between two loves.

This behind the scenes featurette explores how the filmmakers translated first hand visits to Mexico into the fabric of the film. “You want it all to be rooted in actual places and actual people,” director Lee Unkrich emphasized. Every facet of the film has real life inspiration from the story to the score to the characters and colors. You’ll see artists walking the streets of Mexico sketching the locals that, if you look closely, seem to appear in the final film. Pixar alum Michael Giacchino composed the score and assembled some of the top musicians in Mexico to deliver an authentic score.

It’s exciting to see a film that explores a beloved holiday too often overlooked in entertainment. Pixar seems to have really put in the work here and the results look magical.