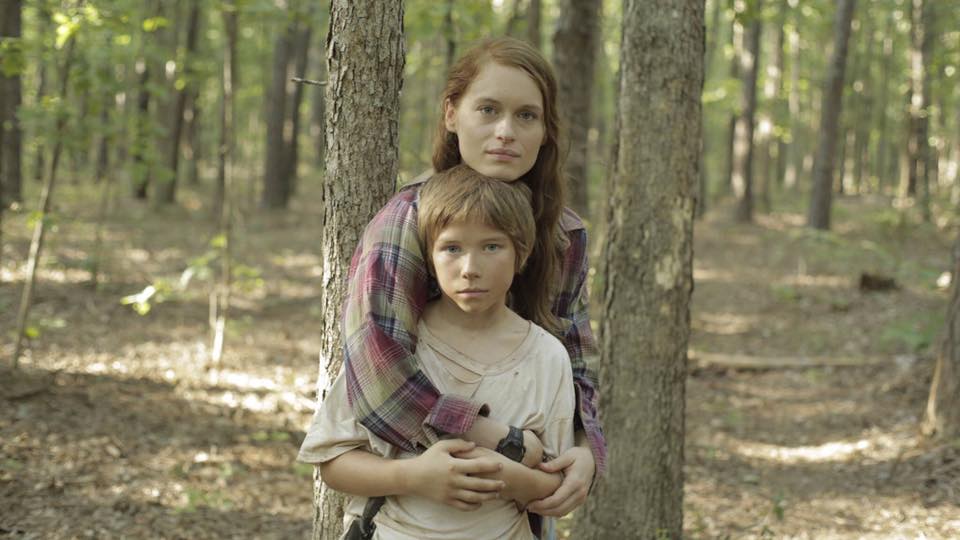 If snakes and spider and bears won’t do it, Tatterdemalion is bound to scare you out of the woods once and for all.

EW premiered the creepy trailer today and it’s super unsettling. This one will take you back to the days of trying to scare your friends at camp outs with the scariest urban legend you know.

Leven Rambin, who you know from The Hunger Games and True Detective, stars in the Deliverance style horror film. Suffering from PTSD, Rambin’s character returns to her Ozark home, but receives a hostile reception. After taking in an orphaned boy she meets in the woods, things begin to deteriorate quickly. The trailer seems to imply that he’s an evil force that’s foretold in local folklore, but the townspeople seem to be way creepier than the boy. We’re not sure if this is a bad seed or evil town type of movie, but it’s entertaining either way.

The scenery is gorgeous, even if it’s not exactly a prime tourism commercial for the Ozarks. True Blood’s Jim Parrack plays Rambin’s love interest, but it doesn’t look like this character is anywhere near as sweet as Hoyt Fortenberry.

If you’re looking for a fall adventure to see a scary film, make your way to Indianapolis this weekend. Tatterdemalion is screening at the Heartland Film Festival Saturday and Sunday. If you’re into Children of the Corn, The Wicker Man, or Blair Witch, you’re definitely going to want to put this one of your Halloween must see list.