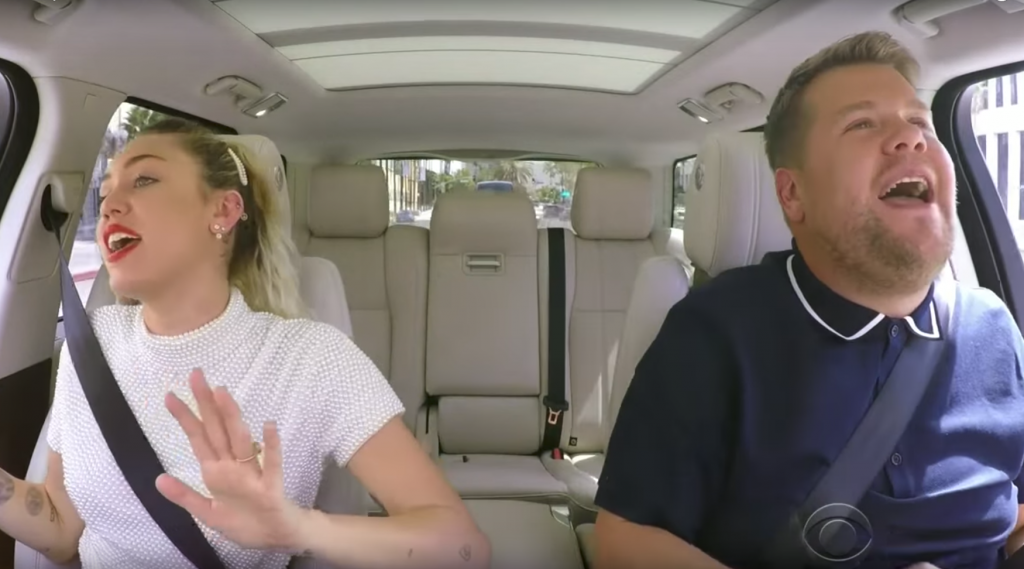 Miley Cyrus just made her debut appearance on what is one of the strongest sketches to come out of late night TV, Carpool Karaoke.

Cyrus was James Corden’s most recent carpool lane buddy. In an era of abundant auto tuning, Miley proves her chops are the real deal. You can see her technique up close as she sings along to her own tunes and the girl has got it. There’s a reason she’s on The Voice.

Cyrus grew up in the spotlight and has survived several evolutions, but while singing one of her first hits “The Climb,” she says she’s embraced her younger years. The interview wasn’t all one big party in the U.S.A., however. Cyrus got serious about transitioning from her wild adolescent days. She opened up about her activism and using her voice for serious issues. The surprising inspiration for becoming a vocal advocate for several causes like LGBT and feminist issues came from her VMA twerking moment in 2013. Take a listen to what she has to say about it. It actually makes a lot of sense.

The Hannah Montana actress also gave Corden a rundown of her marijuana use and what inspired her real tears on the “Wrecking Ball” music video. Miley was once only the 2nd most famous Cyrus in her family. Dad, Billy Ray, had a country hit “Achy Breaky Heart” in the 90s. The two appeared together on an Apple Music version of Carpool Karaoke.

Of course, the sketches are only as fun as they are thanks to Corden’s candor and his ‘anything goes’ attitude. The host threw in a bit where he got some of his errands done by using Miley’s famous tongue to get stamps on his envelopes.

To see more trips with Corden and famous musicians, watch The Late Late Show with James Corden weeknights on CBS.