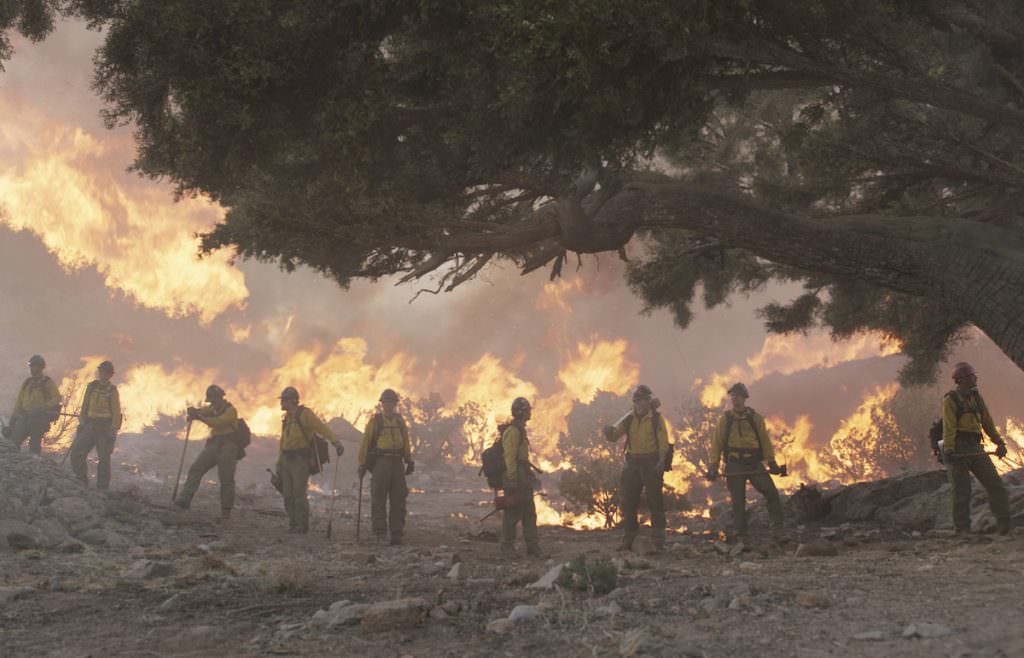 Director Joseph Kosinski’s Only the Brave is based on the true story of the Granite Mountain Hotshots, an elite firefighting force within the Prescott Fire Department in Presscott, Arizona. Founded in 2002, the Granite Mountain Hotshots specialized in fighting wildfires. The term “hotshot” is a rarefied designation—they are the country’s top wildland firefighters, described as the Navy SEALs of firefighting. “The way they fight fires is very different than peole would think,” says Kosinski in the film’s press notes. “They don’t carry water; they fight fire with fire. They dig lines and cut down trees and try to establish a border.”

The Granite Mountain Hotshots were unique in that they weren’t members of the Forest Service, like many who earn the title are, but rather a team of local guys that Eric Marsh (played by Josh Brolin in the film) turned into a Hotshot crew. This was the first time this kind of recruitment had ever been done.

Only the Brave is based on the 2013 GQ article “No Exit,” by Sean Flynn, focusing on an infamous wildfire that raged through the Southwest, and eventually ripped through Yarnell, Arizona, exploding into a nightmarish inferno that ultimately trapped 19 of the 20 Granite Mountain Hotshots in a blaze that became the greatest loss of firefighters since 9/11. The film has special resonance considering the wildfires consuming so much of Northern California, and the fact that wildfires are getting worse across the Southwest and West Coast.

In this new clip, you see the crew engaging in a little light hazing, but beneath the ribbing is the sense of camaraderie, duty, and honor that the Granite Mountain Hotshots served with. The film was co-written by Ken Nolan and Eric Warren Singer, and along with Brolin, the cast includes Miles Teller, Jennifer Connelly, Jeff Bridges, James Badge Dale, and Taylor Kitsch.

Only the Brave opens in theaters this Friday, October 20.