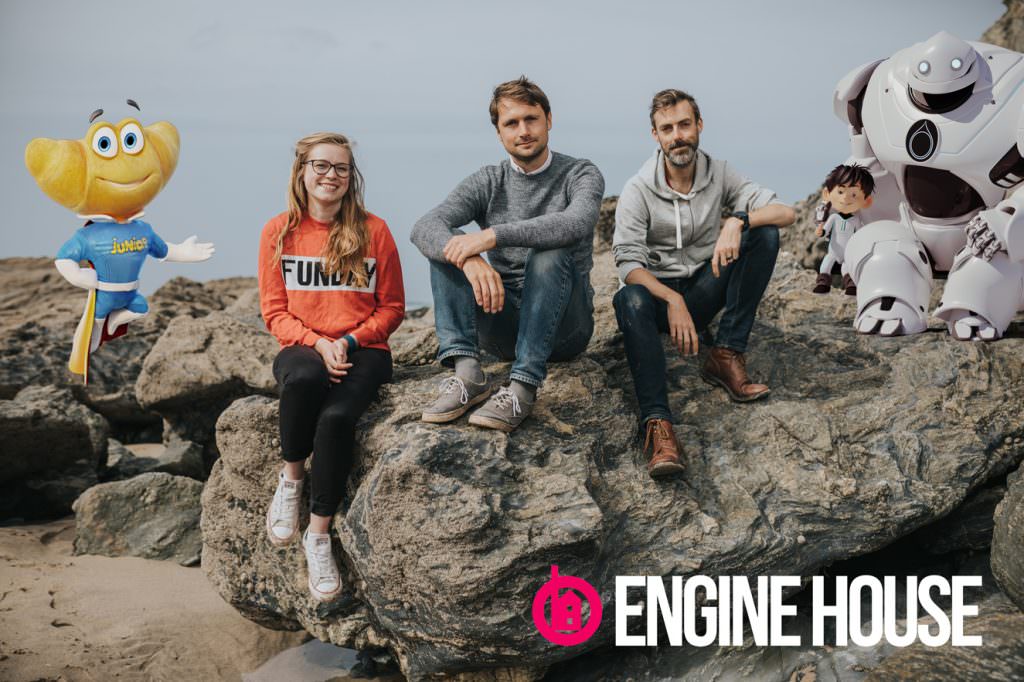 The Little Engine House That Could: A Three-Man Team Paving the Way in Animation

Cutting edge animation for clients like Stephen King and Sony probably brings to mind major advertising agencies on the top floor of Madison Avenue skyscrapers in Manhattan. Especially after looking at the quality of work, it’s inconceivable that anything less than an army of artists could produce this kind of portfolio. Meet the team at Engine House VFX located in Cornwall, England. Mike Richter and Jason Robbins are co-founders and directors of the animation company that specializes in extremely realistic animation and has only one other full time employee. Out of necessity, they are pioneers in new technology that’s paving the way for the field. Their work has attracted the attention of top tier clients including a 360 space visualization for the Bristol Science Centre featured in a NASA report.

We chatted with Mike and Jason to learn how they are powering the incredible company, learning on the fly, and what’s next for animation.

Tell me a little about the work you guys do.

Mike: The studio is called Engine House. We both have backgrounds in animation and visual effects. We’re in a remote part of the UK, down in the southwest. There wasn’t really anybody doing this kind of work in this area. We’ve been doing that for three years with clients all over the world. We’ve been creating animation for TV, some short films, and online.

Jason: We had enough of a portfolio and contacts between us that was enough to get the ball rolling. Luckily with our industry, if you’ve got a couple of computers, you can crack on. There’s not any big machinery or huge warehouses. Our client list is just steadily growing. We’ve never had an exact plan we were aiming for. We just wanted to do great work and hopefully that would see us through as we believed. So far it’s working out pretty great. 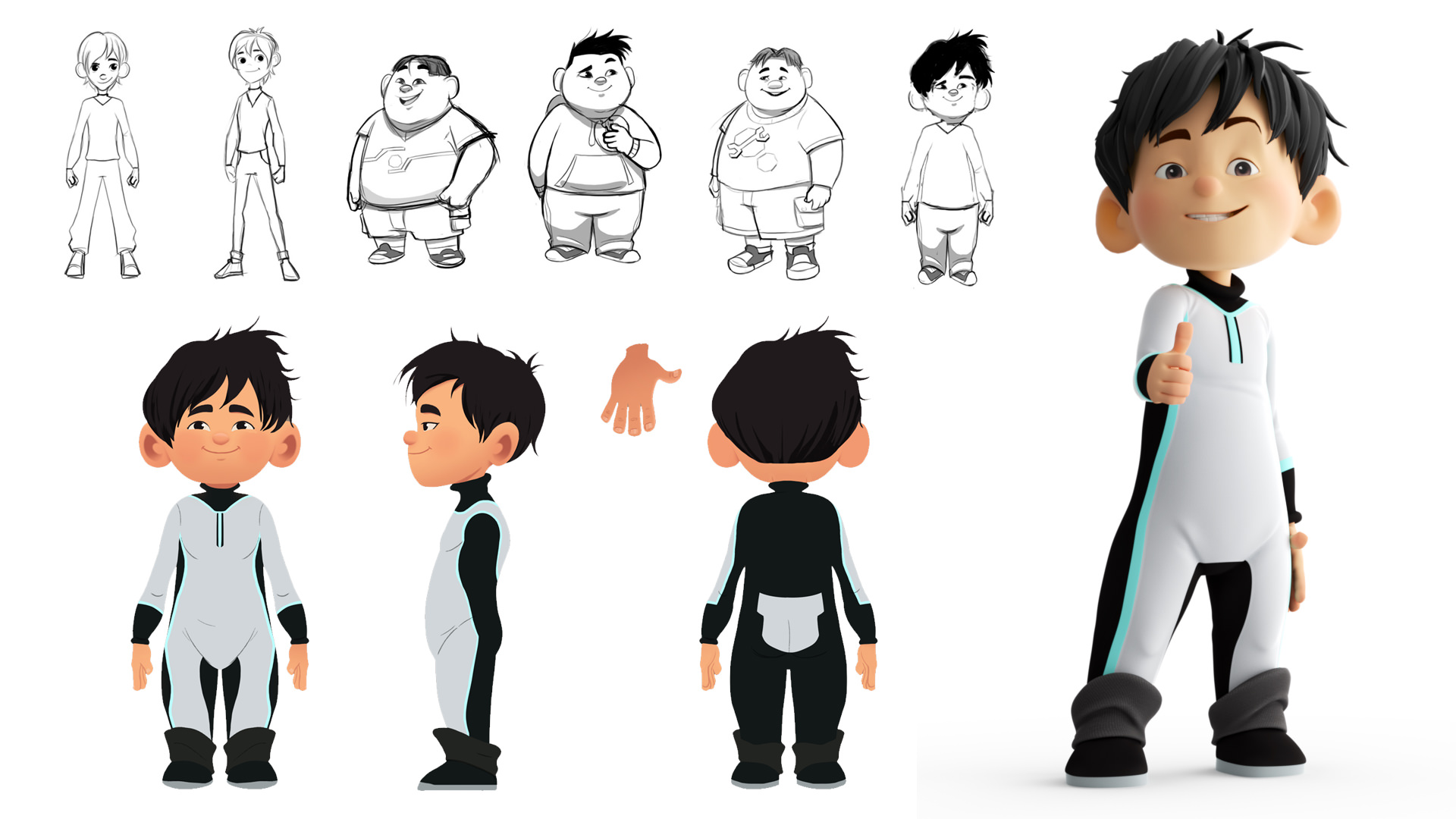 Animation is usually associated with narratives and children’s programs. Why is it a useful storytelling tool for other products?

Mike: We’ve always had a really mixed client base coming from the freelance background. My background for this kind of industry was architectural visualization. I was taking plans from architects and saying, “Here is what the final building will look like.” To this day, we still do some of that kind of work. Quite early on we got involved in product visualization, so replacing the traditional photographer, especially for prototypes and products that haven’t been manufactured yet.

Jason: We always thought animation is such a flexible tool. It can serve different purposes. I used to work for an advertising company where we would do animated versions of commercials for testing before they were shot. It was a way you could create any environment or object within a virtual world that doesn’t restrict you in any way of having to get a physical space or find the right location. As soon as something is animated, you’re bringing life to it. Anything that has a story to tell or a message to portray, you can animate that.

Mike: The last few years, everybody has a website and wants a video to quickly tell the story of their product. That sets the precedent that animation is a great way to tell the story for whatever it is – a product, or idea, or a story.

You are both talented artists, but how do you begin to grasp a concept to design like a NASA animation?

Jason: We’re quite fortunate. Mike and myself have a really good balance between the artistic side and the technical side. We aren’t just having grand ideas or visions and running away with that. We enjoy figuring out the process and the best kind of tools for a job. When we’re working with someone like NASA and they say, ‘This is the planet and this is what is happening to it,” we have the tools to show a planet. We also enjoy sitting down and talking and figuring it out. For NASA there was a lot of drawing on paper and figuring out, if the gravity is doing this and the winds are doing this then what would you actually see?

Mike: I think in probably all of the work we do, it has to be grounded in something. It’s usually someone else’s story or someone else’s idea. And certainly for the work that NASA featured, there was research to backup what they were trying to show. They would say through these physicists that these would be the speeds, and this is the size of it, and these are the colors that we know it would be because of the kinds of materials it is. So we get something to go on that grounds and we can visualize that. It really does start with an idea. It doesn’t just start with nothing.

What other research have you had to do for a project?

Jason: There was one where we had to make a superhero croissant commercial. For that we had to understand how they were made and have video of the factory and understanding the actual process of how that product was made. Another one, there was a carafe water filter and it was understanding what does the machine actually do, what is the process and what is different about this and what needs to be said to make the animation effective.

Mike: Knowing those starting points, your creativity can kind of go crazy. You can create something really amazing. They sound like limitations at the start, but they really shape it.

Animation has come so far over the past several decades. There’s something new every year and now you’re making animations that are close to photo real. How do you keep up with the technology?

Mike: We always looked at the most efficient ways to do things. Starting out, what can you do from home? What tools will give you the most power moving forward? Always keeping an eye on that stuff and trying out new things, which is really easy to do as a small company. We try out new hardware, new software on a lot of jobs. It might not work out, but we’ve always got our fail-safes that we can rely on. It makes the creativity a lot easier and the art a lot easier to do. Let the tools do the work. We’re always looking at that stuff just out of interest. Then we apply that to the jobs as they come in.

Jason: When we started out as a studio, we had a big job and traditionally people talk about render times when the computer had to process the frames. Traditionally you have a whole room with lots of machines and it uses of lots of electricity and needs to be air-conditioned. We were like, this seems like a huge thing to manage and we’d have to employ people. Then we looked into different technologies. We found a guy through some of the software we were using who built this new machine that is super powerful. All of a sudden we could render really quickly. When we bought it, it was the fastest in the world in its category. Now, it just sits quietly under a table in the corner. We call it the Render Beast. It’s just there and just churns through. That has huge value in the time spent looking into these things. It pays off.

Mike: We had to invest in that one when it was still in that beta. Bigger studios wouldn’t invest in that because they don’t have the technical support and it’s not tried and tested, the future of the software isn’t certain. Whereas, we can pick it up and put it down as we need.

Jason: That kind of technology people would see as a risk. To go down the traditional route for us was a risk because it was such an investment. We like the idea of finding something that other people don’t necessarily have figured out and then use that as an asset. 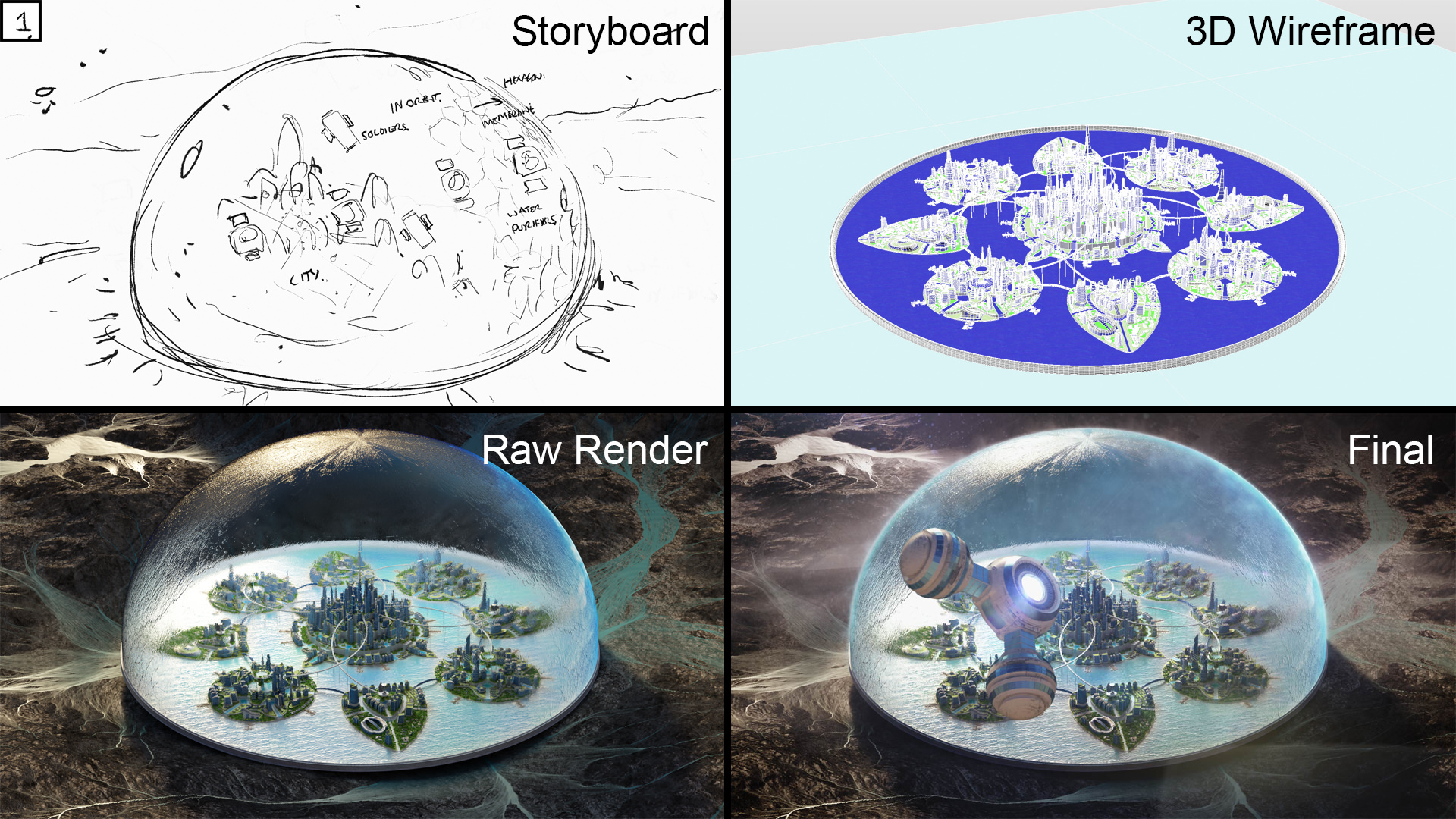 Where do you think things are headed in the future?

Mike: More real time stuff, I suppose. One of the rendering softwares we use is now being integrated into a game engine called Unity. There will be more of a crossover between pre-rendered animation and real time stuff. I think games will become more cinematic and films will become more interactive. There will be a blending there. As far as our studio is concerned, I think it’s going to be applying the kind of techniques that we’ve been honing. We’re trying to make our first animated feature film. Just looking to see how far we can take our work.

Jason: Our principles are being high performing and easy to work with. That’s just applied to whatever we do. The work that we’re doing is constantly evolving and changing. We see these different trends happening. Animated book covers or looping content that can be embedded in social media, things like that we would have never predicted. We’ve done a few for Stephen King that have been hugely successful. We entered in that market when there really wasn’t anyone doing what we were proposing. We went to London book fair and said, “Hey, is this a thing that you want?” and they’ve really taken to it.