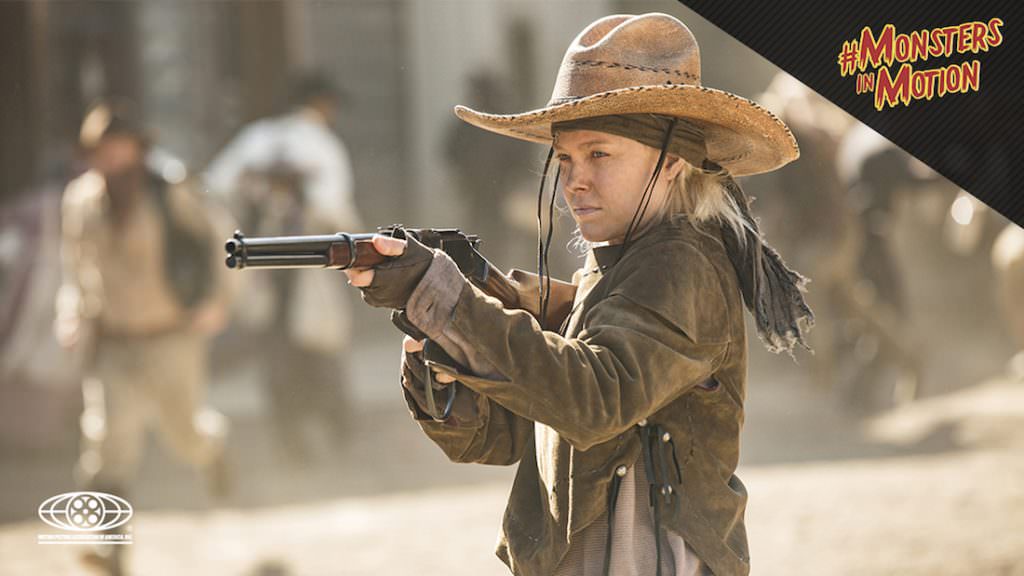 Learn how to Become Westworld‘s Wicked Bandit Armistice for Halloween

If you’ve been following our monsters-in-motion Halloween extravaganza, you’ll have learned about great spooky family classics, heard from the Jigsaw composer Charlie Clouser on how to construct a score for a film designed to scare you half to death, taken a trip inside the never-ending haunted house of Winchester, learned from the Happy Death Day cinematographer how to revive the teen slasher film and more. Today, we’re sharing advice that’ll be a bit more practical on Halloween—how to become Westworld‘s kick-butt bandit, Armistice, played in the show by Ingrid Bolsø Berdal.

HBO has released this Armistice makeup tutorial, where you’ll watch Tori Smith transform herself into fearsome tattooed bandit who featured so prominently in season one’s narrative. Follow this step-by-step process to learn how to create Armistice’s snake tattoos, leaving you only the responsibility of digging up some appropriate western wear to complete the look. You won’t need to be an expert tattoo artist to pull of the facial snake tattoo, but, you’ll want to follow these simple steps in order to make sure you look at least somewhat as intimidating as Berdal’s character. If you want to really go for it, remember; Armistice’s tattoo goes from head to ankle. The snake tattoo has its own backstory on the show. The red ink represents the blood of those “who massacred her village when she was a child (and killed her mother viciously). Only one part of the tattoo remains unfilled, for only one perpetrator of that massacre remains alive.”