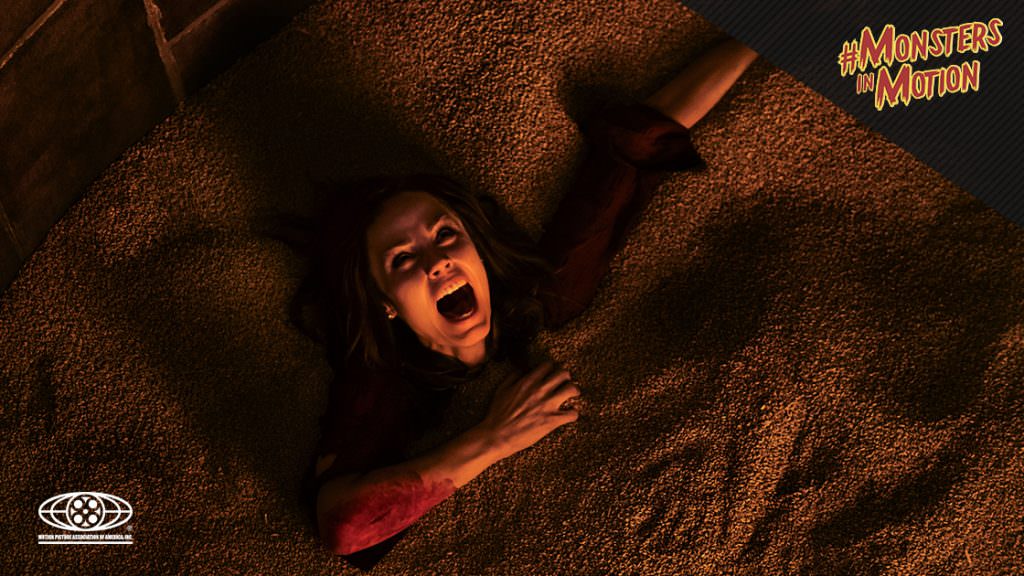 Former Nine Inch Nails band member Charlie Clouser knows how to give you a good scare. He’s composed the music for Wayward Pines, that creepy American Horror Story theme, The Stepfather, and The Neighbor, but it all began with Saw. His music is the subverbal terror you can’t name lurking in every one of Jigsaw’s torture rooms. Ever since the first Saw was released in 2004, the franchise has become a Halloween staple. The games begin again when Jigsaw opens in theaters tomorrow, October 27. The eighth installment in the hugely successful franchise picks up ten years after the death of the original Jigsaw, John Kramer. Recent deaths make it seem unclear if Kramer is really gone and a new era of deadly puzzles dawns.

We spoke with Clouser about the new style of storytelling in Jigsaw, why music has such a powerful ability to scare us, which scene creeps him out the most, and more.

Jigsaw appears to be a new era of the Saw series. Where do we pick up?

The original batch of 7 happened so quickly, one every year, that it was a bit of a scramble to keep expanding on that story line. Now that we’ve had this gap of a few years, that gives the writers an opportunity to use that gap in the timeline as an element in the storyline in this new chapter. Everybody is wondering if somehow Jigsaw is still alive. All I’ll say is, he’s part of the saga. They had built such a rich universe of interlocking storylines throughout the various victims and apprentices and so forth that there is still a lot of gas left in that tank for the writers to come up with new ways to expand upon the universe that they established.

What informs the style of music that you write for these films?

I really try to react as much as possible to the visual imagery and have that affect the tone of the music. In the films that Darren Bousman directed, he had more of a gothic style. There would be this visual imagery of backlit, people hanging on the cross type of imagery that reminded me of that great shot in Silence of the Lambs after Hannibal Lecter crucifies one of the cops that is guarding him in that cage in the middle of that high school gym. That kind of visual imagery always had a church or gothic element to it. Darren’s films had some of that composition so that pushed me in the direction of using choir sounds and slow plodding progressions. That was just an audible reaction to the images.

Is that the same style we can expect to hear in Jigsaw?

In the case of this latest installment, the Spierig brothers have a different visual style. There’s also an element of the storyline which takes place in the outside normal world. In the previous ones, almost the whole movie took place in the dungeons and traps and lairs. That would force me to make the music have a very claustrophobic and murky underground kind of tone. In this installment, since so much of it takes place in broad daylight in the outside world, that allowed me to use a different set of sounds and approach in those scenes that wasn’t appropriate when we’re spending the whole time trapped in dungeons. There’s a bit more an industrial rock feel to a lot of the sounds and the heavy cues where I’m actually using more synthesizers as opposed to metal sounds and more brutally distorted industrial guitars as opposed to weird detuned orchestras. It was a minor tonal shift into using sounds that feel like they match the visuals. That’s always been a guiding principle for me. 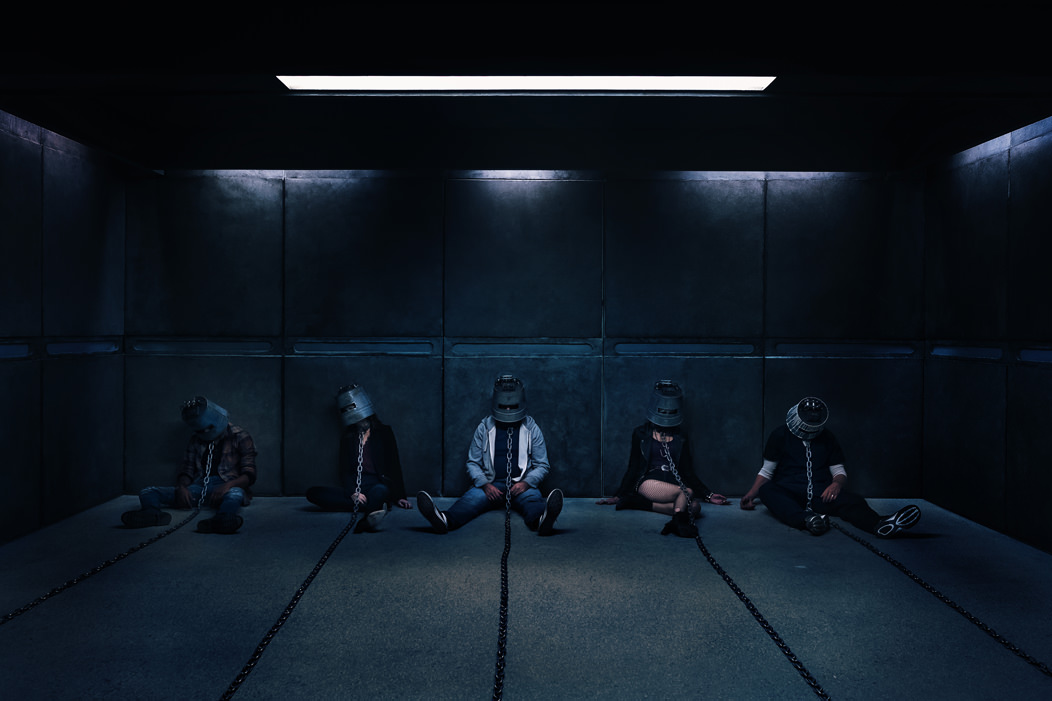 Do the Saw films scare you?

There are scenes that make me wince. When it is strictly a blood and gore trap scene, that may not have as strong of an effect on me. There was one trap called the ‘breathing room’ where the victims had to hold their breath as long as possible to avoid their ribcages being crushed. That one always made me cringe. It was fun to do the music for that scene, but just the aspect of it felt like they were drowning even though they weren’t under water. That one just really made my toes curl up.

Why is music such an important ingredient in scaring audiences?

It really fills in the missing third of the atmosphere. The picture stops at the boundary of the screen, but music fills the room and all the black space around the screen. It doesn’t matter how big your home theater screen is, there is still a lot of empty space around it. Music doesn’t have a boundary. It will fill in all that empty space, and it is the part that is lurking in the shadows waiting to jump out at you. Even when a scene is very indistinct and you can’t quite tell what is lurking in the fog and shadows, the music is always like that. It’s not lyrics so there’s no explicit meaning to the music. There’s no boundary or limit to what the music can make you feel. There’s nothing that corresponds to that black border around the visual image. The music is limitless in what it can add to the picture if it is done correctly. 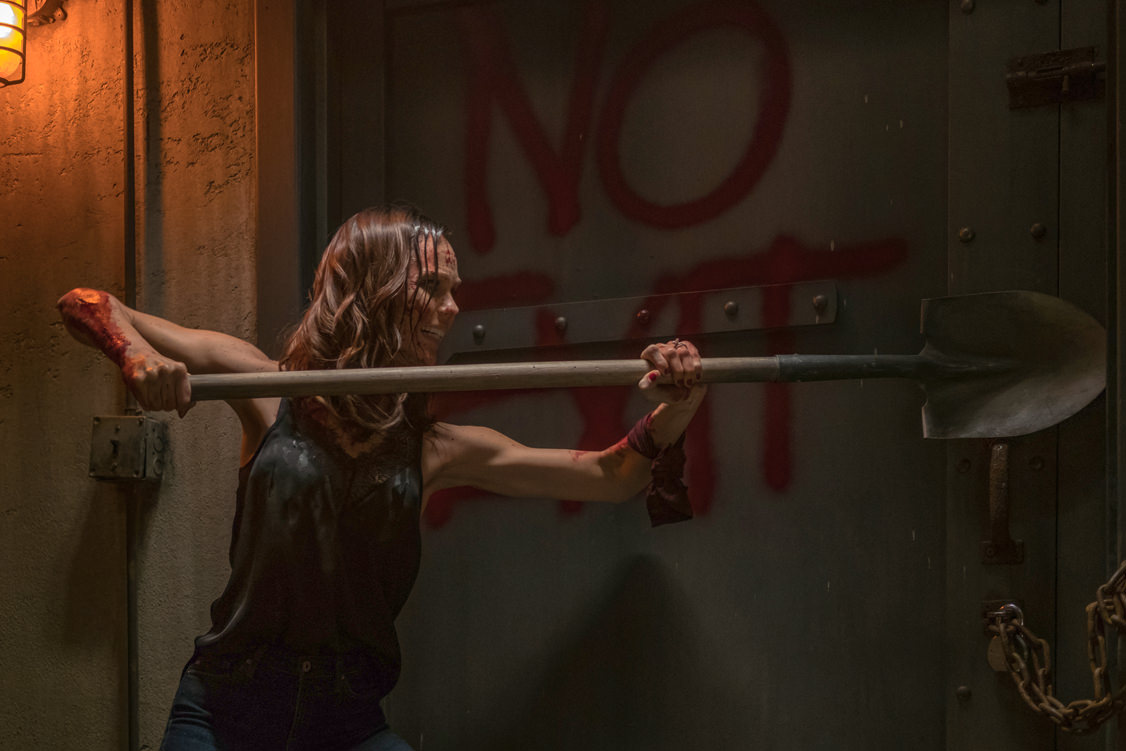 Laura Vandervoort as “Anna” in JIGSAW. Photo by Brooke Palmer

The Saw theme, Hello Zepp, is standard Halloween listening now. What is it like to have written a holiday classic?

I certainly feel like I’m in good company with so many memorable themes that have become the Halloween holiday soundtrack. When I was first writing some of the themes in the first Saw movie, that wasn’t necessarily the mission. The mission was to create a theme for the end of the first movie that did have this hypnotic and memorable bold feel that would contrast really sharply to the murky and indistinct feel of the whole rest of the score. I wanted that contrast to be really sharp when we finally get to the end of the first movie and the reveal montage section begins. The side effect of doing the right thing for that scene became a piece of music that was memorable in its simplicity. The Hello Zepp theme is not an elaborate or complex piece of music, but it bears repeating and stands being played on loop. The side effect of doing what I thought was the right piece of music for that movie turned out to be the right kind of music for repeated listening. I’m certainly honored to be mentioned in the same breath as many of the classic memorable Halloween and horror themes for sure.

Did you know when you began this journey that the Saw franchise would become the phenomenon it is today?

When I first saw the first installment, I knew they had something special. I guess it’s a good thing I’m not a screenwriter because when the first film ended, I thought they wrapped up the story completely as Jigsaw slams that door leaving Adam trapped in the dungeon. I thought, “Wow, that’s an amazing way to end the movie and finish off the story.” Of course, I didn’t realize how many ways there were to expand upon that story and investigate Jigsaw’s history and his backstory. Of course when I saw the second film, then I realized obviously there’s all this other information to explore. I knew they had something really special and interesting that felt new and cool, but I didn’t know we would still be at it 14 years later.