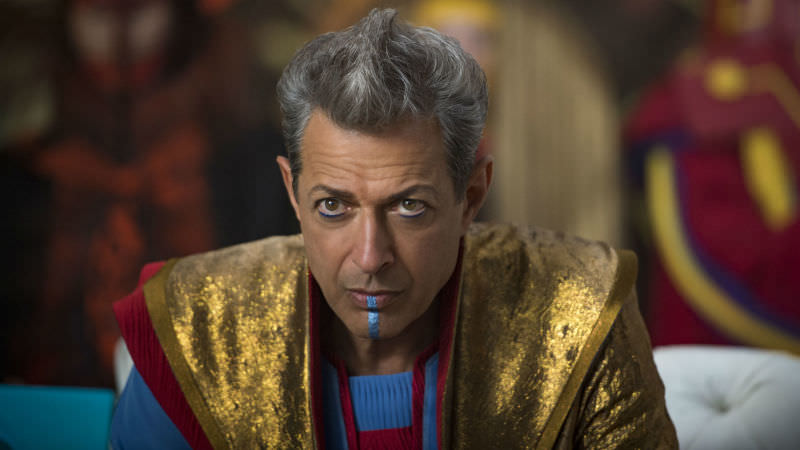 Jeff Goldblum’s Deep Musings on the Meaning of Ragnarok

We’ve all been crazy for Thor: Ragnarok for pretty close to two years now, but who among us knows what Ragnarok actually means? Is it a great and mighty villain who can take on the likes of Thor? Is it a mystical land that Thor is destined to inherit? Is it, as I once thought for whatever reason, a Rubik’s cube style vessel that harvests all the power of the universe?

Turns out it’s basically the Norse world for apocalypse, which is the way its alluded to in the trailer. Thor says they have to stop Hela, “to prevent Ragnarok. The end of everything.” But there’s obviously a lot more excitement to focus on in the trailer, so fans have understandably missed the official definition.

Yesterday, the Ragnarok cast took to Twitter to read their favorite interpretations of what Ragnarok may be. Jeff Goldblum, who plays the Grandmaster in the film, is by far the most entertaining. Goldblum assessed the submissions in the most serious fashion, lovingly giving each the levity of a favorite professor reading final papers. Goldblum had something thoughtful to say about not only each 140 character submissions, but also a deep musing about the submitter’s Twitter handle. In the age of endlessly scrolling, it was delightful to see Goldblum spend more than a minute on each.

Goldblum chose ten of his favorites to read and reflect on. Here are a few of his best. To check out the others, go to Marvel Studios Twitter page or hit up the hastag #WhatsRagnarok. Mark Ruffalo, Taika Waititi, and other stars from the film did their own series, but nothing tops Goldblum in his cozy sweater and thick-rimmed glasses delving into the topic.

#WhatsRagnarok “Its when the Chaos Theory marks its Independence Day and goes on the Fly before it encounters a Big Chill” – @KWilsonHunte pic.twitter.com/HuUFo2otcU

The mysteries of Thor: Ragnarok will be revealed in theaters November 2.