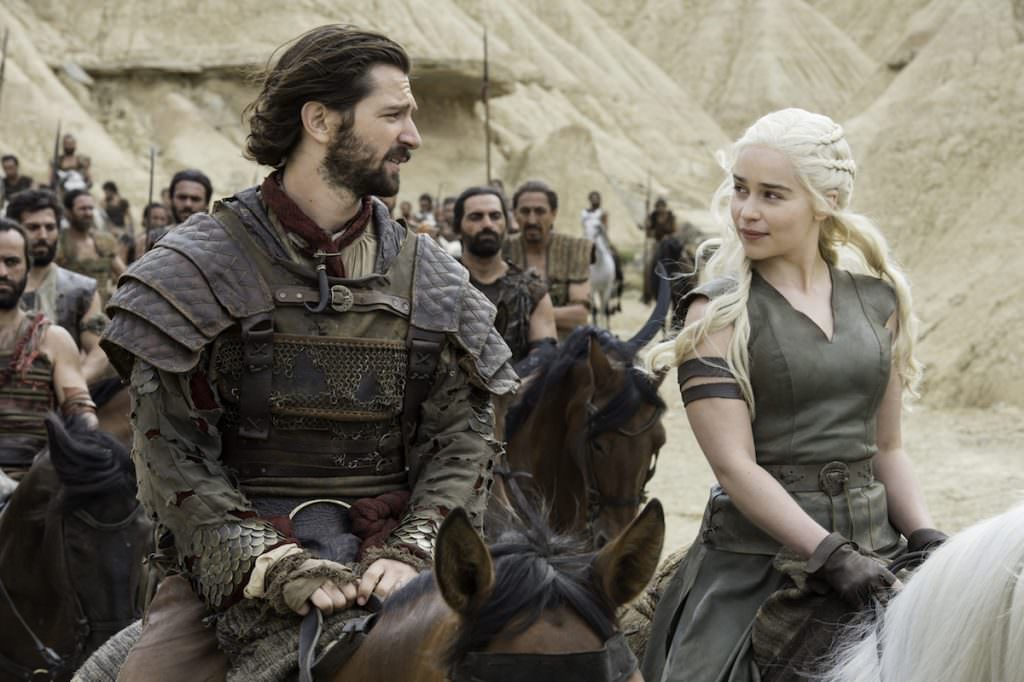 That Intriguing Game of Thrones Daario Fan Theory Has Been Debunked

Game of Thrones fans continue to drum up and debate theories as they wait for winter to finally come. Though the creators repeatedly prove that shock and awe are key ingredients for this show, one popular fan theory has been solidly debunked with a recent casting announcement.

Sorry to say, Dany’s former lover Daario Naharis will not make an epic return. At least not in the way some watchers had hoped. Fans have conjured up the idea that this character is the secret leader of the Golden Company mercenary group, the group Euron Greyjoy was tasked with bringing back to Cersei at the end of last season. According to the theory, Daario, while pledging loyalty to Cersei Lannister, would secretly help our mother of dragons take down the Lannisters from the inside.

The first key issue with this – Daario was never part of the Golden Company. He was introduced in season three as a member of the Second Sons (admittedly confusing as this is also a mercenary group), and goes on to kill the leaders to take over and pledge loyalty to Dany. In the show, the Second Sons were left committed to keeping the peace in Meereen. It seems unlikely that he would abandon his post, and further unlikely that this would be done off-screen without Dany knowing.

The second key issue with this theory – Watchers on the Wall announced that German actor Marc Rissmann is joining the cast in Game of Thrones’ final season. He is the likely choice to serve as the leader of the Golden Company, Harry Strickland, who is described thusly: “a Mercenary, aged 35 – 50, an authoritative, fit, cool and charismatic military type. He’ll be appearing in 2 episodes of season 8. The role requires he be able to ride a horse.” And judging from Rissmann’s experience in The Last Kingdom and Into the Badlands, he will make a great bearded addition to help try and win the war for Westeros.

Sorry Daario fans, but if he’s going to help Dany in her war by doing something other than keeping the peace in Meereen, it’ll have to come some other way.