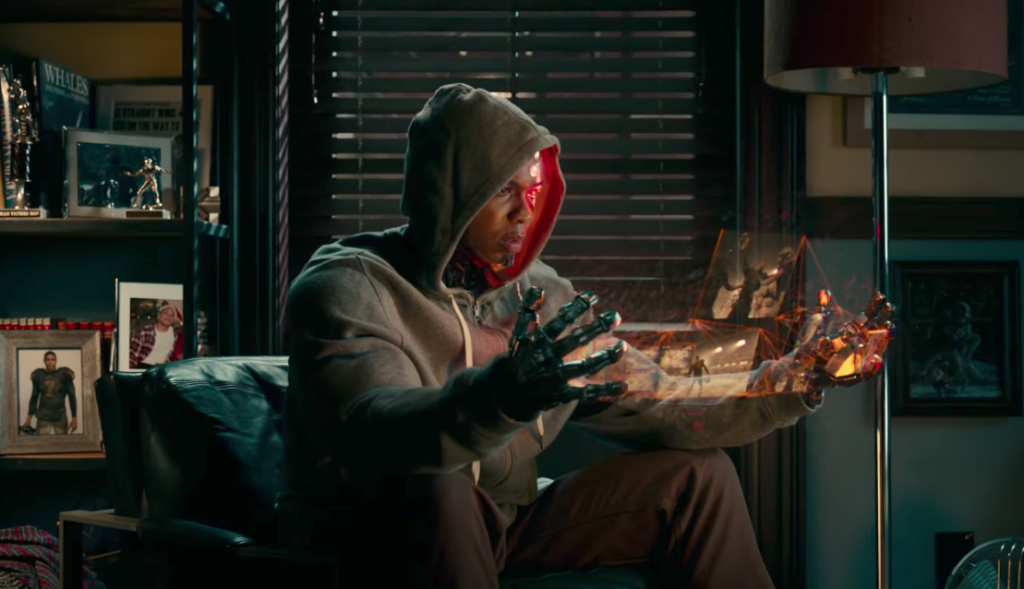 Infrared Eyes on Cyborg in this Justice League Origin Featurette

While much of the buzz surrounding the upcoming Justice League is on the big three—Wonder Woman (especially after Gal Gadot’s world-beating stand-alone film wowed audiences this past May), Ben Affleck’s Batman (always of interest to fans) and the will he-or-won’t he return of Henry Cavill’s Superman (folks, he will), there’s reason to save some interest in the lesser-known DC superheroes. We’re talking about the Flash (Ezra Miller) and Cyborg (Ray Fisher), and of the two of them, Cyborg has the least awareness amongst filmgoers.

AT&T has been unveiling their exclusive looks at each character, and finally it’s Cyborg’s time to shine. As the half-man, half-machine member of the team, one whose skills are born from bioengineering rather than alien planets and relations with gods, Fisher’s Victor Stone (Cyborg’s birth name) is an intriguing character, with arguably the most tragic backstory of any member of the League. Here’s how DC describes the character: Nowadays, everyone’s juggling an offline and online persona. But only one hero is a literal marriage of technology and man. Half human, half machine, Victor Stone is Cyborg, a digital and physical tank—and a true superhero for the modern age.

From star athlete to tragic victim of an accident, Victor Stone’s life, and his literal body, were pieced back together by his scientist father, one cybernetic part at a time. When Victor became Cyborg, he was not only given great physical gifts (superhuman strength, speed, endurance), but digital gifts as well. He can access and interact with any computer, breach firewalls, and break down physical walls, too. Yet Cyborg is only a lonely figure, one at a remove from our reality, living both here, half in the flesh, and there, in the computerized world. He never asked for this, and now that he’s got it, he longs for what he used to be.

In this new featurette, Fisher introduces his character and gives some background on Cyborg, created by Marv Wolfman and George Perez creation in 1980. Justice League opens on November 17, where fans will finally see why Cyborg has quietly become one of DC’s most interesting superheroes.