Here’s the thing about film merchandise; you can read into it like a crazy person (like we enjoy doing), or, you can just say, hey, this is nothing more than stuff and it doesn’t actually mean anything. Take, for example, this piece we published about how a Game of Thrones themed mug on sale at the HBO store had led to some confusion over what, exactly, the blue stuff Viserion shoots out of his mouth actually is. Up until some eagle-eyed Reddit-er spotted the mug and the description of Viserion as an ice dragon who breathes ice, not blue fire, we and everyone else were pretty sure we knew that Viserion was still breathing fire.

Now there’s a fresh Justice League rumor thanks to some recent Superman merch. Instead of a mug, we’ve got a baseball cap that, according to the Internet, apparently confirms that Superman will indeed return wearing the iconic black supersuit he wears in “The Death and Return of Superman.” Here’s the cap in question (h/t i09): 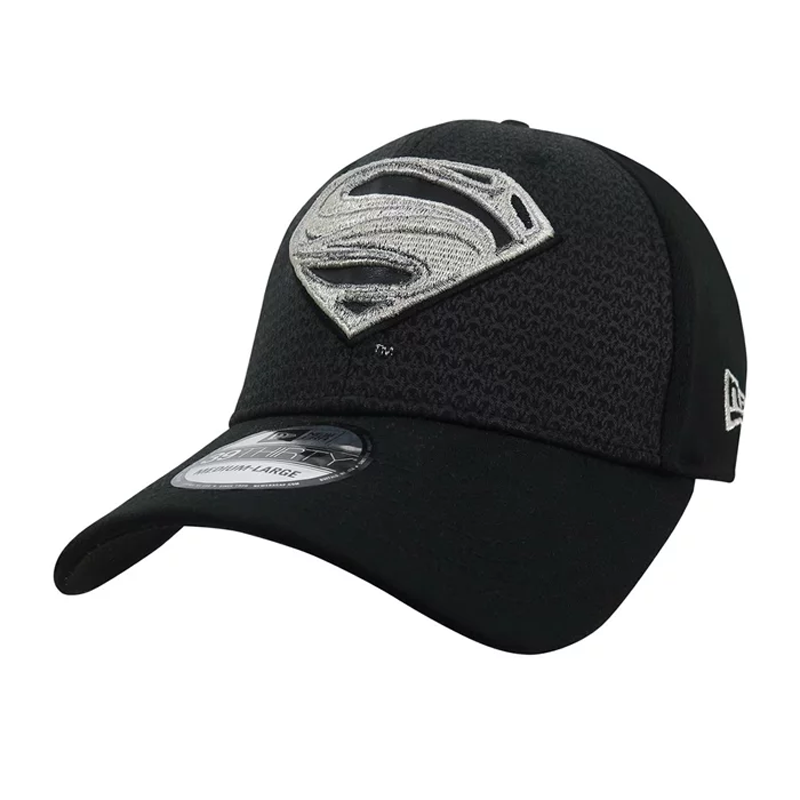 Yes, folks, this is simply a black cap that has a silver Superman logo. While it would be undeniably cool if Superman did appear in Justice League in that fantastic black suit with the silver logo, does a cap really auger that? Probably not. Yet we know Henry Cavill is in Justice League, and that Superman is returning, and we know that means he’s returning from the dead thanks to his ultimate sacrifice in Batman v. Superman. So, knowing what we do, this random black cap with the silver logo doesn’t mean much, but, it could mean everything.

Why do fans love that black suit so much? Well, for one, like when your favorite team dons an all-black special uniform, it’s pretty fabulous to see the usually primary-colored Supe go dark. Second, the suit has some pretty amazing powers, including serving as a healing mechanism, and may also be connected to his father. For hardcore comic nerds, the black suit also points towards a ton of potential storylines they’ve longed to see, including the possibility of seeing Superman Prime and the arrival of supervillain Darkseid, who cloned Superman and molded the double into his super-powered slave.

Whether or not we’ll see Superman in the black suit in Justice League, you can be sure we’ll be seeing a very different superhero than the one we met in Man of Steel and saw die in Batman v Superman.