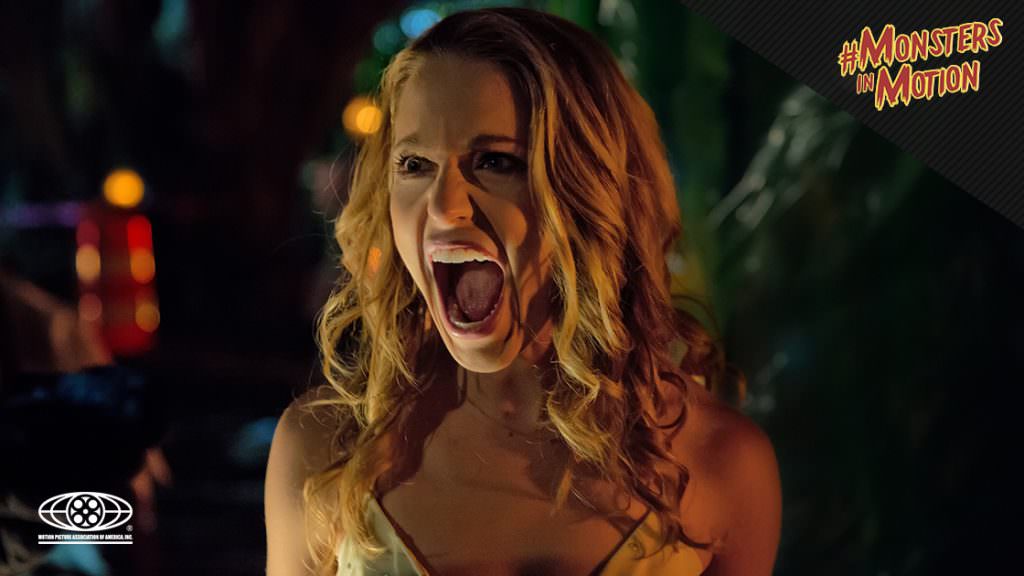 There’s nothing quite as horrifying as waking up in a strange dorm room after a night out in college. Except maybe being murdered in your sorority house and reliving your death over again until you identify your masked killer. Such is life for Tree Gelbman (Jessica Rothe) in the most playful slasher film of the year, Happy Death Day. Cinematographer Toby Oliver set the tone for the coed killer movie where the scares are satisfyingly spooky. In a movie where the lead is perpetual prey, but is resurrected nightly, the mood descends from carefree to grim. Oliver’s style takes audiences on a journey into madness that never loses its lighthearted college vibe, a la Scream.

Oliver is becoming a Blumhouse Productions regular, putting his stamp on horror film favorites like Get Out and the forthcoming Insidious: The Last Key. We spoke with Oliver about the color inspiration for Happy Death Day, seeing scares in the dark, stepping into the Insidious universe, and more.

What are the frights in store for audiences seeing Happy Death Day?

It’s quite a fun, almost campy slasher movie. It’s a Groundhog Day meets Scream. It’s a time loop movie that meets a teen slasher movie. Those are two genres that people are quite aware of put together in a new, inventive way. That appealed to me straight off. It sounded like a really fun project that wasn’t really deep and dark and gruesome horror at all. It’s quite a fun flick that doesn’t delve into particularly dark areas, but there are some scares in it.

How do you maintain consistency for the scenes that we see replayed over multiple scenes?

That was one of the key elements of the movie, particularly when she wakes up and travels through the quadrangle of the college on the way to her sorority house. That journey, she goes on a number of times. Sometimes a truncated version, but you’re going through the same places, seeing the same things happening. I think she wakes up and dies something like eleven or twelve times. Sometimes in more detail, sometimes in a brief montage moment. Part of that visual trajectory as she kept waking up and things kept getting worse and worse in her mind. She thought she was going crazy, she doesn’t know what’s going on, who is controlling this, why does she keep dying. As soon as we get past the second wake up, we start changing the look. While the shots are very similar, we change the color treatment of the shot. At the beginning it looks warm and natural and much like a typical college movie feel. By the time she’s woken up the sixth or seventh time, it’s become quite a green and grim, sickly tint over the picture. Then we went through four different stages as she’s waking up. The color and look is reflecting her state of mind. 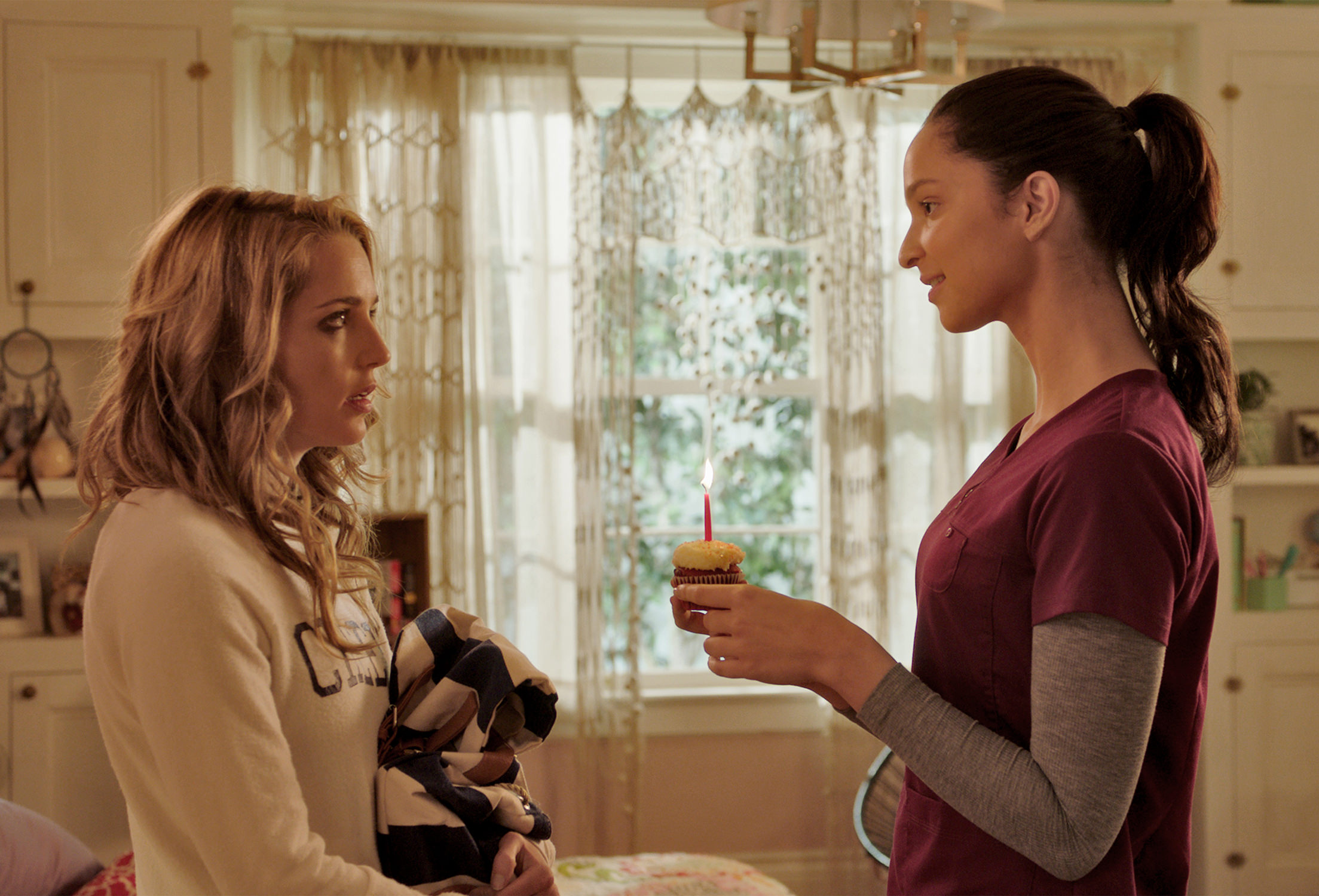 How did you decide where to take the visual vibe?

People know that David Fincher, the director of Seven and Gone Girl and other great movies, is quite well known for his very somber greenish cinematography. We called it the “Fincher look” as we progressed into it. I would set it up in the camera so the monitors would show the look that we were applying, so we started off with Happy Death Day normal, then we had semi-normal, then the half-Fincher look, then the full Fincher look, which was the full Gone Girl feeling in the color. That was a good handle for us to know where we were in the state of Tree’s mind. She really thinks she’s going crazy, as you would expect she would if she’s waking up and getting murdered over and over. Her mental state works with this look. Spoiler alert: at a point in the movie, she wakes up and thinks she’s solved the mystery and everything springs back to this colorful, bright warm tones like the beginning of the movie. But that is a red herring. There are a couple of those in the movie where you think everything is okay, but it’s not again. Chris Landon is a very visual director so it was really running with that and trying to make the most of it.

It’s interesting how you manipulate us that way. Sometimes things get scary and we don’t even recognize why.

Sometimes it’s subconscious the things that are going on. Most people that watch the movie probably won’t realize that when she’s waking up, the color is subtly changing. It’s more of a subconscious and subliminal clue that things are not normal for her. We just reinforce that visually. I like cinematography that plays around in that way, so it’s not necessarily really obvious what’s going on. There’s quite a lot of stuff that we’re doing behind the scenes that portray the emotional state of the movie. 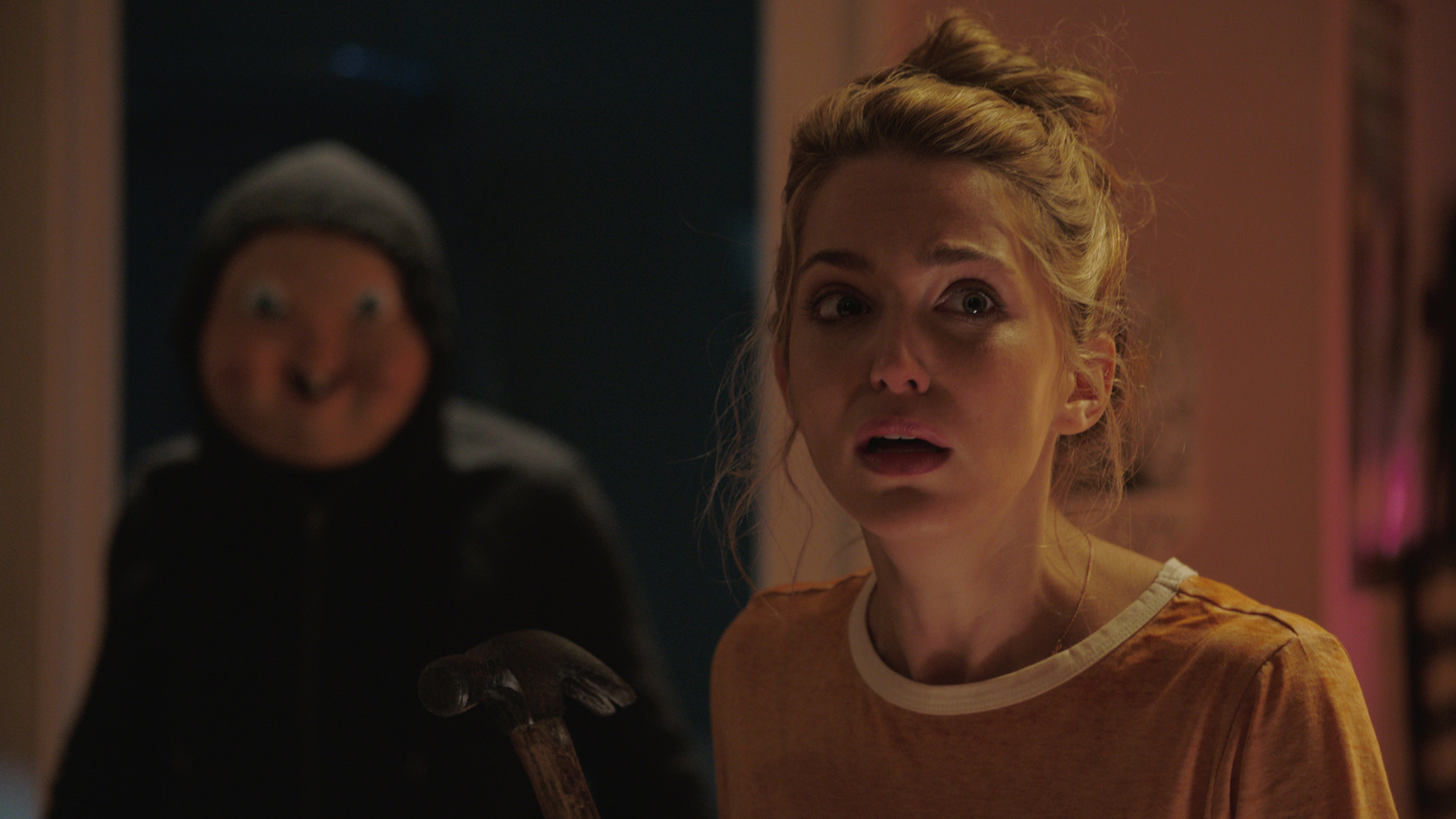 From what we see in the previews, Tree is always murdered at night. How did you design those scenes so that the action doesn’t get lost in the dark?

You go into that familiar horror visual landscape where things get dark and scary, but we didn’t go the full extreme darkness where you can barely see what’s going on. This movie harks back to an earlier time in the way that it needs a little bit more 80s kind of feel. It goes in hand with the slightly campy style of the film. You see a few bloody knives here and there. There are frights to be had, but it’s all in good fun. It moves along quickly and you don’t have a second to get bored.

The Last Key is the fourth installment of the Insidious series. How does it fit into the franchise?

It focuses around the main character, Elise Rainer, who is the psychic that we first meet in the original Insidious movie. The Last Key is also like an origin story. It goes back to her childhood. It touched on different areas than the other Insidious movies, but at the same time, we wanted to give it a classy look. It was taking a step beyond the movies that had come before. We wanted to give it a slick, high production value feel.

So will we see a completely new style, or did you maintain the tone?

It’s set in an older period and telling that part of the story was challenging and fun. We also had to make sure that our parts fit in with the Insidious universe. Certain parts of the story where the characters traveled through into another dimension, the Netherworld, I’m using the same colors and lighting gels that were established on the previous movies. It has the same color and feel. You feel like you’re in the same world as the other movies. In the story, they’re talking about the same thing. While we wanted to get that slick and polished look, we had to respect what’s come before so that the fans of the franchise felt like they were in the same world. I think they’ll be really please when they see it.