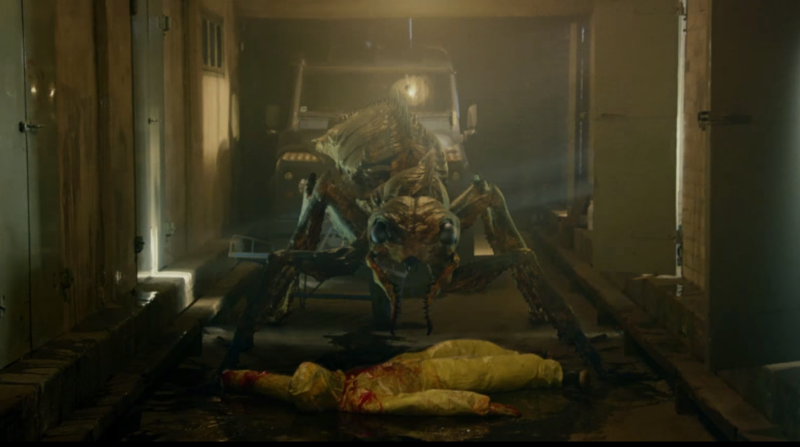 Giant Ants Wreak Havoc in It Came From the Desert Trailer

Ants don’t usually rank too high on the list of common phobias, but thanks to It Came from the Desert, we can confirm that if they were the size of a horse, ants would terrorize everyone. The first trailer from the video game inspired movie is ridiculously fun and scarier than you might imagine giants ants would be.

A group of teenage motocross enthusiast in the desert are suddenly attacked by a swarm of gigantic ants. With their enormous pincers and beady eyes and super strength – we obviously don’t know a lot of ant anatomy – the trailer is a monstrously good time. Scientists in the film have spliced together insect and alien DNA creating the overgrown pests. The only possible option at that point is to go over the top, and the film does just that.

The movie is fully self-aware of its ridiculous premise, which makes it even more fun. The characters are in on the joke, even as they run screaming for their lives. The movie pays homage to the creature features of the mid-20th century like The Fly and It Came from Beneath. With enhanced CGI, the results are wild and weird.

The trailer is cleverly designed as a retro educational animation that busts loose into the ant invasion. Duck and cover won’t work on these beasts. Your only hope is to run and evade. If you don’t believe that an ant could ever give you the creeps, you need only wait 15 seconds into the trailer to see up close why size matters. Beyond the whole ant thing, there is bike racing, explosions, and even awkward teenage romance.

It Came from the Desert does not yet have a release date, but we will be there when it does.

Featured Image: It Came from the Desert. Courtesy: Roger! Pictures/Cinemaware

TAGSit came from the desert