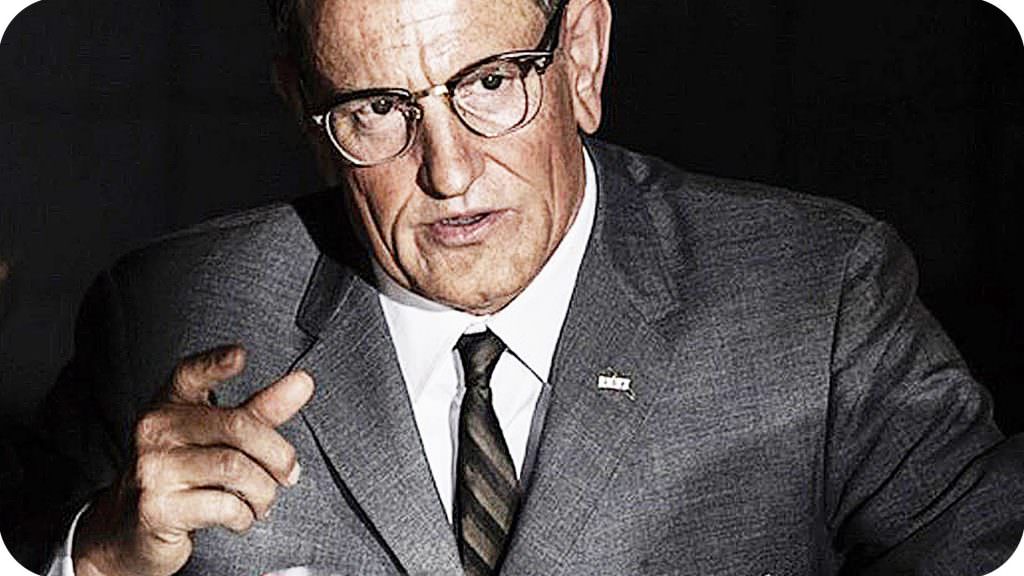 Rob Reiner’s long list of directing credits includes An American President (1995), about the romance between a fictional widowed U.S. President (Micheal Douglas) and a lobbyist (Annette Bening) that was, in many ways, a precursor to the landmark TV series The West Wing (Aaron Sorkin wrote both). But Reiner tackles a factual political story and a far more complex presidency in his latest film, LBJ, opening November 3. Woody Harrelson stars as Lyndon B. Johnson, one of the most controversial presidents in modern history.

Reiner, a longtime activist known for his progressive politics, says he approached the subject of Johnson with trepidation.

“I was of draft age [in the 1960s] and I hated LBJ. He could send me to my death. I wanted to understand who the guy was,” Reiner said during a recent post-screening discussion with Harrelson; Pulitzer Prize-winning historian Doris Kearns Goodwin; and journalist Ari Melber who served as moderator at the Brattle Theatre in Cambridge, Mass. “Without Vietnam, there is no question Johnson would have gone down as one of our greatest presidents. His domestic agenda was second only to FDR’s.”

Harrelson, who like LBJ hails from Texas, was also reluctant to play the 36th president because of his escalation of the war in Vietnam. “Rob asked and I took the time to get to know him because I had a problem with the Vietnam issue. I’m kinda fond of him now,” Harrelson said. “He was a fascinating character.”

Reiner read Robert Caro’s four-volume biography The Years of Lyndon Johnson. But he says it was Goodwin’s  1977 book Lyndon Johnson and the American Dream that gave him the clearest insight into LBJ’s character.

LBJ is focused less on Vietnam and more on LBJ’s battle within his own party to pass the landmark Civil Rights Bill in 1964. “I homed in on the time in his life when he was under the most pressure; I knew that would tease out who he really was,” said Reiner.

The film shifts back and forth in time, from LBJ as Senate Majority Leader losing the 1960 Democratic presidential nomination to Senator John F. Kennedy (Jeffrey Donovan). LBJ then agrees to Kennedy’s personal request to be his running mate. But once in office, LBJ is frustrated by his minor role in the Kennedy White House. He’s also hurt and angered by the animosity shown him by Attorney General Robert Kennedy (Michael Stahl-David). Everything changes on Nov. 22, 1963, when JFK is assassinated in Dallas and Johnson, his supportive wife, Lady Bird (Jennifer Jason Leigh), by his side, is thrust into the presidency. He immediately sets to work on an ambitious domestic agenda but comes up against powerful Southern Democrats, led by his one-time mentor, Georgia Senator Richard Russell (Richard Jenkins), who resists his efforts to honor Kennedy’s legacy by passing the historic Civil Rights Act.

But LBJ was “the consummate legislator. He understood how politics worked,” says Reiner. “He played an outside game and an inside game. He used to say, ‘I can speak Kennedy and I can speak Southern. But he was not going to sell [the Civil Rights bill] until he was ready to sell it. He was not going to put something out to fail.”

In the film, the Southern Democrats, led by Russell, meet with LBJ and assume that the president will align themselves with them. “Johnson looks around like, ‘I’m not really part of this.’ He came from a poor background in the Texas hills,” said Reiner. “He was an FDR guy. He thought of himself a Westerner, or a Texan; did not think of himself as a Southerner. In the end, he put all his chits in knowing full well he was going to lose the South for generations.”

In the film, Johnson is shown to be part “good old boy” but also one with a conscience: in pushing or support of civil rights, he tells his colleagues how his longtime African American housekeeper could not stay in some motels or eat in some restaurants when she drove from Washington D.C. to the LBJ ranch in Texas. Answering a question from the audience about LBJ’s personal views on equal rights, Reiner noted that Johnson “didn’t come from the segregated part of Texas. He’d often tell that story about his housekeeper. I am convinced he felt [equality] was right and I’m convinced he acted from his heart.”

The panelists joked that at the Brattle Theatre, which is in the shadow of Harvard University, it was Pulitzer Prize-winning historian Goodwin who was the celebrity.

Goodwin not only worked for LBJ but she also spent time with him at his Texas ranch helping him write his own memoir. “So it was eerie to see him come to life again” in the film, said Goodwin. “He was a formidable and crazy character.” She explained that prior to becoming a White House fellow in 1967, she’d been active in the antiwar movement while at Harvard University. LBJ knew her background, she said, yet he still wanted her help with writing his memoir.

“He knew Vietnam would always be a scar on his legacy,” Goodwin said. “He had real convictions and used his power for something good [passage of the Civil Right Act in 1964]. He deserves to be remembered.”