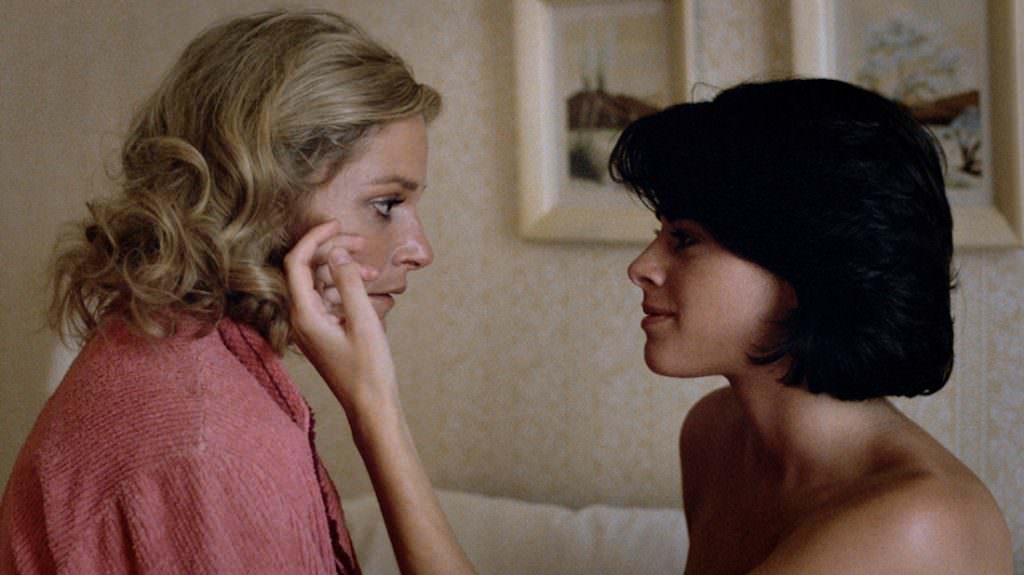 Donna Deitch is a respected television director with a host of credits including her Emmy-winning, Holocaust-themed The Devil’s Arithmetic (1999). But it’s Desert Hearts, the groundbreaking lesbian romance she made 31 years ago, recently re-released and restored by Janus Films and the Criterion Collection, that allows Deitch to remember and also to look ahead.

“There have been so many screenings, so much press. It’s a strange but wonderful thing,” she says. “This reissue and restoration really invigorated me about making the sequel. I’m going forward and backward at the same time.”

The prospect of a sequel — Deich says she’s polishing the script and seeking financing — will come as welcome news to Desert Hearts devotees. The film, a mainstream success, is regarded as one of the best LGBT films of all time.

For the uninitiated, Desert Hearts, adapted from a novel by Jane Rule, is set in 1959 Reno as straitlaced East Coast professor Vivian Bell (Helen Shaver) arrives to file for divorce. Staying at a local ranch, against a breathtaking desert landscape and with a kicking country music score, Vivian catches the eye of the younger free spirit Cay (Patricia Charbonneau) who works at the local casino, an attraction that rattles nerves as it grows stronger.

Desert Hearts is revered as a seminal LGBT film but in the 1980s it was a commercial risk. Deitch had to raise the money to produce it herself.  “I had investor parties all over the country, formatted on the way people had Broadway backers parties,” she says.

“I had a very controversial subject matter than no one had done before,” says Deitch. “I studied Hollywood love stories because I wanted it to be accessible [and] universal. I wanted those triggers working; you need to be rooting for [the women] to be together, so it was conscious on my part. I used to be an experimental filmmaker; it’s not that I don’t know how to get experimental, but I was consciously not doing it for this movie.”

One film that served as a particular inspiration, she says, was The Misfits.

One can imagine that, today, actresses would be clamoring for the rich, “edgy” roles of Vivian and Cay. But in the ‘80s, recalls Deitch, all the film’s actors, even those in straight roles, were warned that appearing in a “gay film” would be career suicide.

“But after all that, I still ended up with the very best actors I could possibly have in every single role,” she says. “So maybe it worked to my benefit. I ended up with totally brave, totally committed actors.”

“I wanted music all over that movie but not in that scene,” says Deitch. “It was the heart of the movie. That was my intention. It had to happen; without that, there’s no story. To me, it was inconceivable to have two women and not have a hot love scene; the power of the scene lies in the progression of the sexual and the emotional at the same time.”

Among Desert Hearts’s legions of fans is actress Jane Lynch, who does an interview with Deitch on the new DVD. “I chose Jane to have  the conversation … she’s a friend of mine and she always used to say ‘Desert Hearts’ was her favorite movie. She’s so smart and so funny and a wonderful activist,” says Deitch.

Deitch promises an “unconventional sequel” set in New York in 1968 to 1970, during the burgeoning women’s movement.

“‘Desert Hearts’ was the coming out story, which just means being your authentic self. [In the early days of the women’s movement] there was so much desire and passion and activism from women about being their authentic selves, there wasn’t a more exciting time in America.” says Deitch. “The women’s movement was a young women’s movement; they were funny and lively and passionate and daring. When I talk to my friends who were active then in New York, they all say a version of the same thing: ‘I felt I could do anything. Nothing could stop us.’ That was the spirit of the times.”

As Desert Hearts became a crossover hit, Deitch caught the attention of Oprah Winfrey, who hired Deitch to direct her first TV movie, the Emmy-nominated ABC miniseries “The Women of Brewster Place.”

“Oprah was my first boss and best boss ever, even after 30 years,” says Deitch. “She is so supportive of women.”

But now Deitch yearns to get back to her own work, making movies (besides the Desert Hearts sequel, she has two other scripts ready to go). She’s taking a break from being a director-for-hire to focus solely on her own projects. “You can’t work a 14-hour day and make own films,” she says. “I will find the money [to make the Desert Hearts sequel]. At this point in my life, I want to make it the way I see it; get all my friends on it and pay them properly.”

Deitch wants to shoot the sequel in New York City and hopes to recreate the loose, happy atmosphere of the “Desert Hearts” set.

“We had so much fun. Not everyone was gay; it wasn’t about that. We were just making this love story and had best time doing it,” says Deitch. “I remember one crew member came up to me on the set and said, ‘We’ll never have this much fun again.’ I didn’t believe it at the time, but it was true. That’s why we’re all still so connected.”