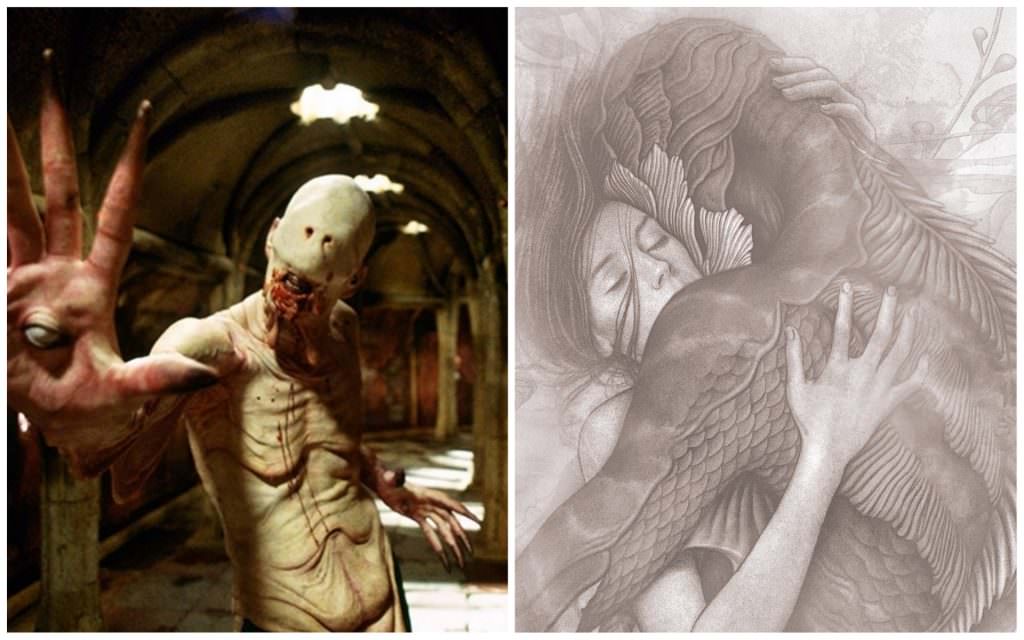 Creature Feature: The Shape of Water‘s Guillermo del Toro is the King of Complicated Monsters

Director Guillermo del Toro’s upcoming film The Shape of Water, his most anticipated work since Pan’s Labyrinth, is a romantic horror fairy tale that won the Golden Lion at the 74th Venice Film Festival earlier this year. The story of lonely, mute janitor Elisa (Sally Hawkins), who befriends and then falls in love with “the Asset,” an amphibious creature-resident of the high-security government laboratory which she cleans by night, is garnering early praise — like the director’s iconic Pan’s Labyrinth, The Shape of Water is a fantastical tale set within a very real historical backdrop. In this case, it is 1962 and the Cold War looms; the Asset’s situation seems to be a product of the conflict, which soon comes home to roost for Elisa and her sympathetic colleague, Zelda (Octavia Spencer).

When images of the water-residing, spiky blue object of Elisa’s affection were released, del Toro’s most avid Hellboy fans saw a direct connection to Abe Sapien, the charming aesthete of that franchise who, like the Asset, enjoys a good egg. However, del Toro debunked the fan theory that The Shape of Water is some kind of prequel to Hellboy, even though he may have inadvertently encouraged the notion by casting actor Doug Jones for both roles. Jones aside, fans might be forgiven seeing a connection where del Toro insists there is none, as the elegant Asset, like Abe, represents the best of del Toro’s idiosyncratic creatures. (And they’re both blue.)

Original monsters with the power to stick in one’s imagination, sometimes far longer than they are welcome, have long been a staple of del Toro’s directorial career. (As a screenwriter, his work on The Hobbit has made them integral to his writing, too, even if isn’t, in this case, dictating the creatures’ shapes.) His latest being, however, inspires more than the sophisticated terror wrought by the wraith-like bones in Crimson Peak, or the merely creepy, as with the director’s infected vampires of Blade II and the ghost haunting a school in The Devil’s Backbone. The Asset, who is otherworldly but just human enough to inspire both fear and love, offers pathos on par with what we’d contend is del Toro’s most famous being, the hellish creature awakened at the finale of Pan’s Labyrinth. The concave-chested monster with hands for eyes, accidentally disturbed by the young Ofelia and brought to raging, uncontainable life, mirrors in his unbridled, repellent id all that is going horribly wrong in the human world, where protagonist Ofelia faces a cruel stepfather and the Spanish Civil War. 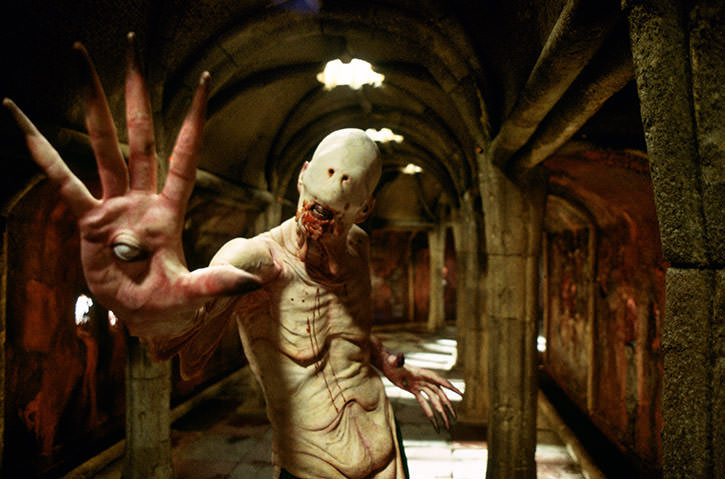 As with Ofelia’s monster, del Toro uses the Asset to represent something poisoned in humanity, but where the most vilely memorable creature of Pan’s Labyrinth was itself a visual manifestation of the evil in the world, it’s the Asset’s treatment by humans that holds a mirror up to human depravity and societal ills. As another creature-centric film, The Shape of Water stands to rival Pan’s Labyrinth. Now, can the Asset replace the labyrinth’s final villain as the top del Toro creature to overstay its welcome in one’s memory? Purely for the sake of visual peace of mind, we’re rooting for him, and for his escape.

TAGSPan's Labyrinth The Shape of Water