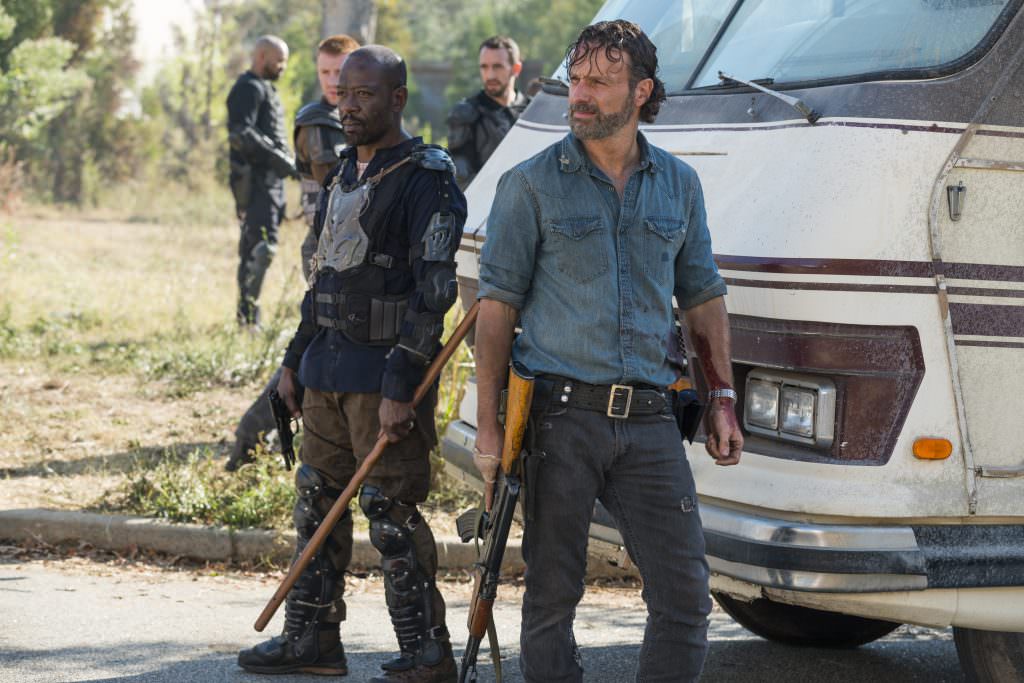 Behind The Scenes of The Walking Dead Season 8

AMC just released a behind the scenes look at Season 8 of The Walking Dead that is a pretty good highlight of everything we love about the show. It also strongly foreshadows the violence to come.

Rick, played by Andrew Lincoln, has united a formidable army to fight Negan and the Saviors, but they are ruthless. Last season was almost too much for us to bear from these conscienceless monsters. Season 8 is going to be total war between the groups and the cast and crew are all but preparing us for a lot of losses.

Jeffrey Dean Morgan has done a despicably fantastic job at being a horrible human being and he continues to taunt us throughout the piece. He appears to like playing the role a little too much, but even he admits that the fans want nothing more than to see Negan go down. Everything he says, though, gives us little hope of that happening. Morgan is by far the most cavalier of the interviewees. The others sound a little more fatigued, but we still have faith.

At least Darryl has survived and Rick has rallied and we’ll be cheering him and the team on to victory. After surviving against the elements for several seasons and working on their combat skills, they both seem like a man with a plan. And if you’ve forgotten, Andrew Lincoln is British and has a fantastic accent. Giggle.