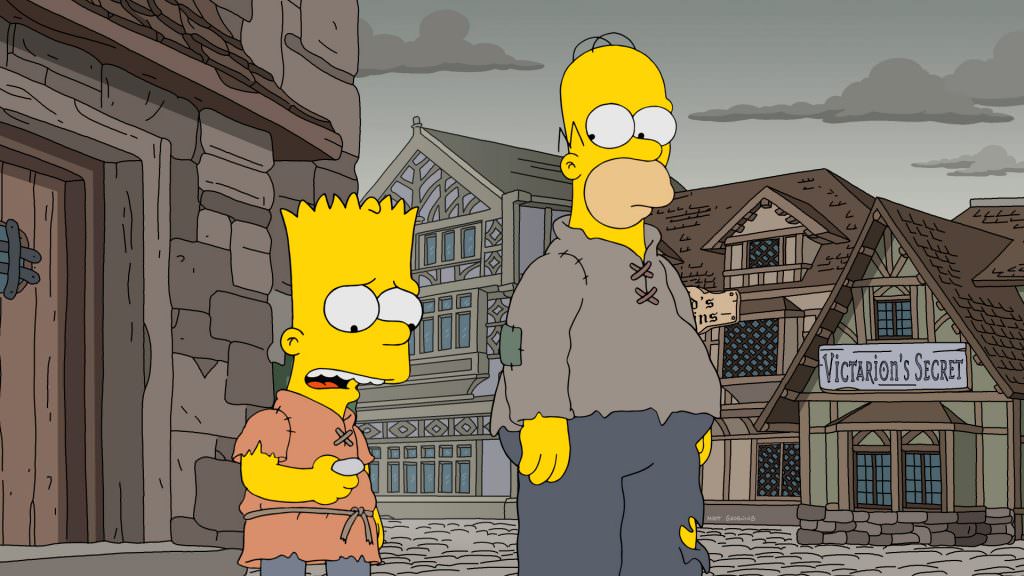 Even in a Middle Ages fantasy world with no phone, Moe is still falling for the same prank he’s been subjected to over the last 29 years.

Bart had a great idea for one of his classic prank calls to Moe, but in the season 29 premiere, the medieval setting was a bit of a challenge. No matter for Bart. He took a cue from Game of Thrones and sent a carrier raven with a note to Moe’s tavern.

We all know the joke. Bart claims to be searching for someone with a name that, when said aloud, is actually a suggestive pun. This one stayed in theme with the note stating there was a message for “Milady Gwendolyn Parts.” You can see where this is going.

The note caused Moe to shout to the patrons, “Has anyone seen My Lady Parts?” and “Somebody grab My Lady Parts.” It’s a joke that only works within the confines of the time period, so it was an excellent time to use it. The tavern regulars got a good chuckle out of it and Bart doubled with laughter when he received Moe’s graphic response. This could be considered the first ever prank Bart pulled on Moe.

You can watch the full clip for yourself here:

In an ever changing world, it’s a comfort to have The Simpsons rolling into its 29th year and the same joke that’s been played out dozens of times popping up again. Catch up with America’s favorite family Monday’s on Fox at 8pm ET.

TAGSGame of Thrones The Simpsons