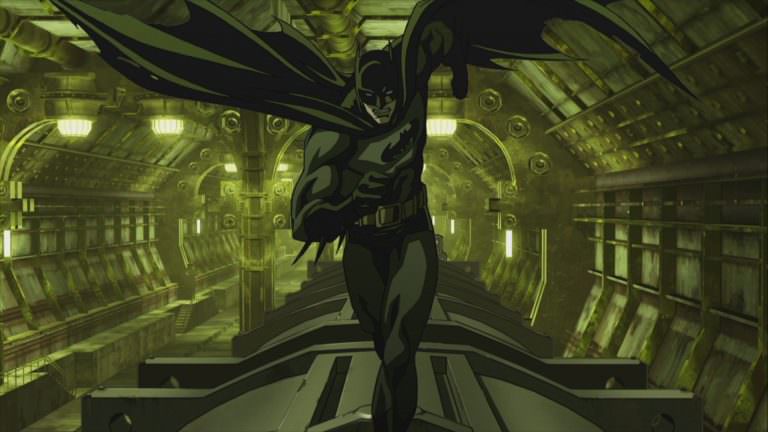 The Animated Batman Ninja is Happening

As Ben Affleck is bringing Batman back to a more traditional role in Justice League, the DC character is getting a fresh spin in the animated world. New York Comic Con kicks off Thursday and among the panels is new anime feature Batman Ninja.

Lucky Comic Con attendees will get the first look at footage from the movie that is getting a 2018 release date. Here’s the official description of the event:

“Warner Bros. Japan and Warner Bros. Home Entertainment team for an eye-popping addition to the Batman animated legacy with Batman Ninja, a spectacular, all-new anime film coming in 2018. Be among the first to witness the premiere of colorful footage from this imaginative take on Batman and many of his connected characters. Panelists will include director Jumpei Mizusaki, character designer Takashi Okazaki, screenwriter Kazuki Nakashima, English-language screenwriters Leo Chu & Eric Garcia and some potential special guests.”

That is some crazy exciting talent coming together for one project. If you aren’t up on your anime masters, Takashi Okazaki is the creator of Afro Samurai that starred Samuel L. Jackson. Jumpei Mizusaki has worked on JoJo’s Bizarre Adventure. That’s a serious anime force at work. Hopefully the ‘special guests’ mentioned in the panel description will be some of the cast and we’ll get a better idea of how this project will come together.

The next animated Batman project will be Batman: Gotham by Gaslight placing the Dark Knight in Victorian times facing off against Jack the Ripper. Batman Ninja doesn’t have an official release date yet, but it will be out next year.