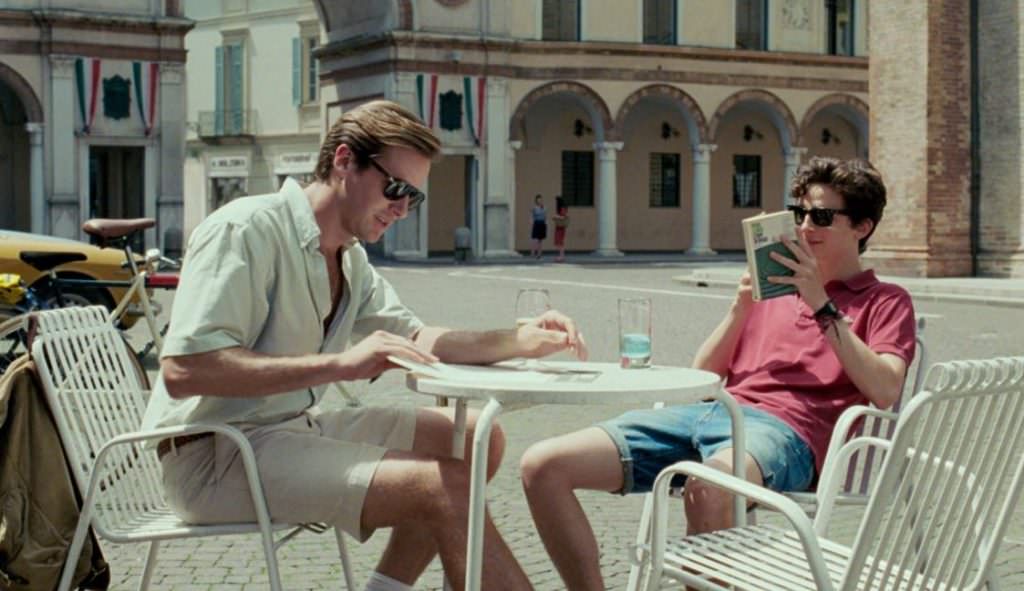 Ahead of Glorious Call Me By Your Name, Here are 9 LGBT Coming-of-Age Films From the ’90s

The LGBT coming-of-age film has come a long, long way. In 2016, the world watched in astonishment (and some initial confusion) as Moonlight won the Academy Award for Best Picture. It was an incredible moment in which African-Americans and LGBT people saw a story about their communities embraced by mainstream culture. A year and half later, another LGBT coming-of-age film, Call Me by Your Name, is a strong front-runner in this year’s fast approaching awards season. The ways in which sexual orientation or gender expression initiate us into the adult world seems, at last, to have gained the stature of a universal story.

LGBT coming of age movies came of age themselves in the 1990s. Prior to then, they weren’t unheard of, just too few and far between. Once the 90s arrived, however, both gay and non-gay filmmakers took full advantage of newfound cinematic and societal freedoms. Here are nine from the 90s – among many others – that merit a look back.

Paris Is Burning (1990). This groundbreaking documentary explores Harlem’s once-underground ball scene, in which participants runway-walk their way to trophies in categories like Butch Realness. While the film isn’t entirely teen focused, a major feature of its raw, revolutionary narrative is revealing how young LGBT kids of color were coming of age in New York City. One of the movies many unforgettable scenes is a conversation with two adorable boys, just 13 and 15 years old, at 2 AM on the sidewalk outside one of the balls. Their story is bracketed by an interview with the legendary elder Pepper La Beija, who explains how, rejected by their families, young LGBT people find a place in the ball “houses” that compete against one another. The movie’s postscript about the death of Venus Xtravaganza, who entered the ball scene at 15, serves as a tragic coda.

My Own Private Idaho (1991). This iconic film made Gus Van Sant, who would go on to direct Good Will Hunting, a name director. He had the savvy to pair future Hollywood legends River Phoenix and Keanu Reeves as Mike and Scott, gorgeous, impudent, homeless hustlers bouncing around the Pacific Northwest. Widely praised when it came out, the movie also had prominent detractors. Twenty-five-plus years later, My Own Private Idaho feels like a beautiful, unforgettable mess. The famously improvised scene in which Mike confesses his love, and Scott, who doesn’t reciprocate, tenderly embraces him anyway, recalls the ending of Moonlight. Phoenix projects woebegone sexual charisma that feels heavier knowing that he would die only two years later.

Wild Reeds (1994) Wild Reeds arrived in the U.S. in a protective wrapping of prestige. Its director, Andre Téchiné, is considered one of France’s great filmmakers. Moreover Téchiné, who is gay, said his growing up inspired the film, which is set in rural France during the Algerian War. After a spontaneous night of fooling around, shy François falls in love with brooding jock Serge, for whom the encounter was just an adolescent tumble. Meanwhile, Serge pursues beautiful, innocent Maïté, François’ best friend, who is in love with François despite his burgeoning homosexuality. Amazingly, this classic triangle works, in part because the film is drenched in a visual beauty that resonates with the characters’ adolescent longing.

The Incredibly True Adventures of Two Girls in Love (1995). In the midst of an outpouring of films about gay men, this delightful lesbian coming-of-age comedy gained national attention, deservedly so. High school senior Randy struggles at school (Lauren Holloman, who went on to play Tina in the The L Word) and works part-time as a gas station attendant. One day, her classmate Evie, a popular African-American girl from a well-off family, pulls up in a Range Rover. They strike up an opposites-attract friendship, then a romance, that disrupts both their lives. The film is reminder that if filmmakers have charm, wit and ingenuity, great movies don’t have to cost millions of dollars.

Beautiful Thing (1996) Rarely has a film been so perfectly named. Jamie, a sensitive high-school loner, begins a relationship with Ste, a typical soccer-loving neighbor and classmate who flees from his father’s fists into Jamie’s family’s apartment. The boys live in a chaotic housing project peopled with eccentrics – memorably, their loudmouthed pal Leah who terrorizes the neighbors and blasts The Mamas and the Papas – and together forge a place among them. In the film’s iconic ending, Jamie and Ste slow dance to Mama Cass singing “Dream a Little Dream of Me” in broad daylight, surrounded by their perplexed neighbors.

Ma Vie En Rose (1997) It’s hard to believe that 20 years ago such a moving French film about a transgender kid could’ve gotten made, made well, and received such a warm and successful reception in the US. In the film, young Ludovic insists on keeping his hair long, and when he can get away with it, wearing makeup and girls’ clothes. His blossoming gender expression disrupts the placid conformity of the American-style suburb his family lives in, revealing the fault lines on which the adults’ lives are built. I was in floods of tears by the end and left wondering when we will see more trans themed coming-out-coming-of-age stories.

Show Me Love (1998) In a small town in Sweden, a beautiful, obnoxious teenager named Elin plants an exaggerated kiss on the lips of Agnes, her shy, introverted, lesbian schoolmate, as part of a cruel, spontaneous practical joke. Later that night, as Agnes prepares to kill herself, Elin returns contrite – and before Elin knows it they begin a relationship that threatens to undermine Elin’s place in the hierarchy of high school society. Of all the LGBT coming-out coming-of-age stories from the 90s, Show Me Love remains one of the freshest – it is simply laugh-out loud hilarious. Elin, Agnes and their circle of friends haplessly groping their way toward adulthood remain all too familiar.

Get Real (1998) High school classmates Steven and John meet in a painfully awkward way: cruising a public toilet in a park. The set up propels the film forward with a burst of energy– it’s the movie’s first scene – and the movie barely flags thereafter. The boys’ attempt to secretly build a relationship amidst the pressures of life in a homophobic high school. When Steven comes out in a devastating school speech, John doesn’t have the strength to follow his example, and the couple breakup. Steve’s parting words to John are, “Be happy.” Twenty years later, I had the same distinct feeling that I did the first time that I saw the film: I sincerely hoped that would be the case.

Edge of Seventeen (1998). Although it was made in the late 90s, Edge of Seventeen is set in 1984 and beautifully captures how the spirit of the second English pop music invasion – Boy George, the Eurythmics, and others – inspired American teens to explore their sexuality. The summer between his junior and senior year in small town Sandusky, Ohio, Eric begins to comes to terms with his homosexuality while also transforming from boy-next-door to blond-streaked Flock of Seagulls potential band mate. Eric’s fumbling sexual misadventures send him running back to his best female friend with whom he briefly tries to be straight – it all feels achingly real.

TAGSCall Me By Your Name LGBT