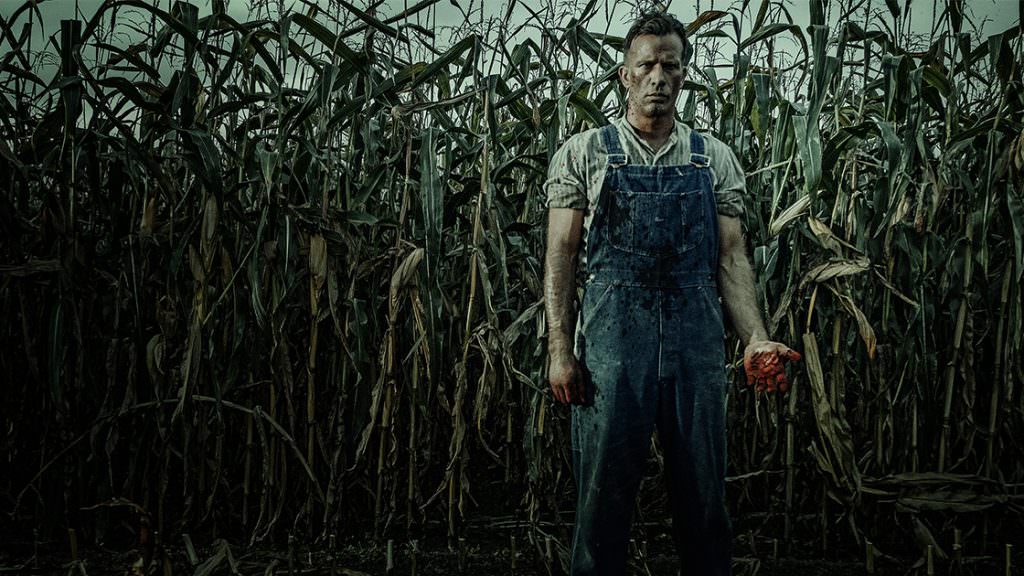 The ‘Roaring 20s’ are often glamourized in entertainment, but there was a more pragmatic lifestyle on farmland in the Midwest. Costume designer Claudia da Ponte gets that tone just right in the Stephen King thriller 1922, setting farmer Wilfred James and his family off on a long and gruesome descent into madness. What the characters want, and the conflict it causes with what they have, drives the course of their lives. The most visual cue of their yearning comes from their clothing, which is at times weathered by labor and ravaged by rats. The film is a bleak and straight faced look at the consequence of desire and the horror one reaps from wrongdoing. 1922 is reminiscent of the vignettes of King’s Creepshow, but bears no humor in its punishments.

We spoke with da Ponte about telling a story through what a character wears, representing the common man of the 1920s, preparing for horror scenes, and more.

Status is a big theme of the film. What did you do to differentiate the characters based on their means?

Everyone always thinks the 1920s is this big glamour period. Look at The Great Gatsby. It was this whole glam thing. So when I said, “I’m doing a 1920s show,” people said, “Here are some flappers.” I was actually looking for the farmers. Back then, people lived and breathed in these clothes. It’s not like today where we have huge closets. People had a few shirts and that was what you would rotate between. Obviously it’s harder to find that kind of stuff. During our city scenes, everyone was wearing jackets and was a little more put together versus farm life with the denim, the overalls and the work shirt.

What did each character’s color palette say about them as a person?

Arlette was a feisty character, which is why we decided to do reds, pinks, purples. We just made that her world.  She wants attention. She wants to go live in the city. She’s more of a ‘look at me’ kind of character. Obviously I went with more earth tones for Thomas Jane’s character (Wilfred James). He is all about nature and he wants to stay on the farm and that is his world. With their son, if you look in the beginning, I kept him in baby blues, lighter tones, more airy. Then it’s progressive and gets darker. By the time he’s the Sweetheart Bandit, he’s in black. The Cotterie family I kept light and airy and neutrals. Everything was great and angelic in their realm until Shannon ends up running away with Henry.

Arlette lived on a farm, but had beautiful floral patterns and yearned for the city. How did you convey where she was and where she wanted to be?

Arlette’s was an actual vintage dress. It just spoke to me as far as who this girl is. She was very feminine and she was a dressmaker. I designed that red dress that was behind her. I just kept that in mind when I was looking for pieces for her.

Did you have to put a lot of wear into the farmer’s clothing to make them look authentic?

That was a total mud bath. We shot that around this time last year, around October or November. Contrary to how sunny it looked, it was actually freezing and raining. It was crazy. I literally wore duck boots to set everyday. It was a combination of my dirt kit and the actual mud that would kick up off the ground. It was crazy. We did obviously break down and wear some clothes in more. Break down was a major component of that show.

How did you deal with the damage that was done to the clothing between blood, dirt and decay?

I had multiples and multiples of Arlette’s dress, for example. I had to sit down with Zak [Hilditch], my director, and say, well how many days has she been sitting in the well? Are the rats eating her? What exactly is this dress going through? We got to a point where we decided, the decay stops here. Let’s not push it beyond this level. Then I just went from there. And then there was blood and more blood and more blood.

What kind of research did you need to do to create the period clothing?

I watched a lot of movie that pertained to the ‘20s. Zak gave me things and said, “Watch this, watch that.” I was constantly buried in books. I didn’t have much time. It was a pretty quick turnaround project. I did what I could. We went and visited museums. I had literally a few weeks. I skimmed the novella and turned to it when I had questions, but there was the time constraint.

Where did you go to source 1920s style clothing?

It was really crazy. Vancouver is such a big city, but it’s actually really hard to get any vintage pieces here from before 1940. It’s really rare to come across anything. The costume rentals here don’t have a whole bunch. I actually ended up flying to Toronto for 24 hours literally to do pulls. I ended up coming back with 4 suitcases and 30 boxes worth of stuff. I also bought a lot of stuff online. I hit up Etsy and shipped stuff in from LA. Then, obviously we designed stuff as quickly as we could. If you look at Arlette’s dresses, we need multiples of that. We need multiples of stuff.

That’s not a lot of time to pull costumes. What were you able to get in a 24-hour trip?

The costume houses opened an hour early for me so that I could get in. Then from there, I ping ponged to a bunch of my favorite vintage shops, rolled into another costume rental house and they stayed open an hour late for me just so I could pull stuff. Then I was up until 1 am packing stuff. I also fit Molly Parker all within 24 hours and I caught a flight at 5 in the morning back to Vancouver and went right to another day of fitting.

How do you decide on a project that interests you?

I really like period pieces because I like the research that goes into it and you get to work with really unique pieces. Period usually catches my attention really fast. I also like contemporary. My background is fashion styling, so any shows where I get a chance to really build a character and do some really fun wardrobe entices me. I like the psychology behind it. Who is this character? Why is he wearing the shirt he’s wearing? Why is Wilf wearing the colors he’s wearing? I like to get into the character’s head.