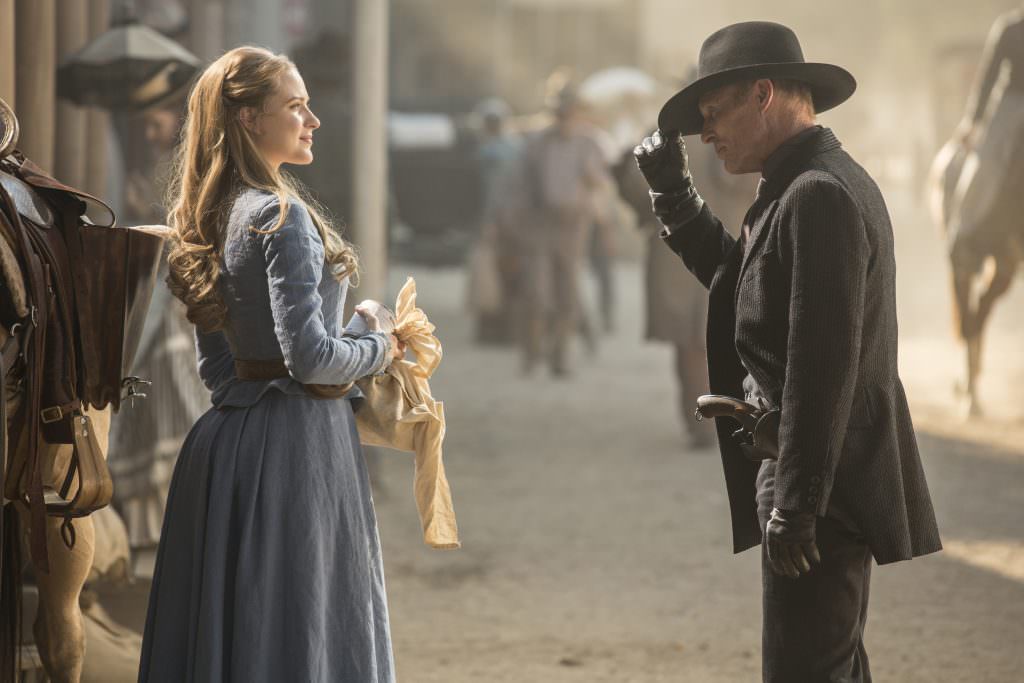 HBO’s Westworld hypnotized viewers this year. The titular park was a literal tourist trap, offering the well-heeled the opportunity to live out any fantasy without consequence, until the hosts get other ideas. Inspired by Michael Crichton’s 1973 film, the reboot was a hit featuring the clean, calm lines of the welcome center contrasted with the gritty Wild West themed park. Cinematographer Paul Cameron (Pirates of the Caribbean: Dead Men Tell No Tales) disrupted the serene pretense upheld by the park’s producers to deliver a sense of foreboding about the sinister secrets within. Cameron scored an Emmy nomination for his work that introduced us to robotic host Dolores (Evan Rachel Wood) and set the scene for the chaos that her awakening would cause.

We spoke with Cameron about creating the show’s unsettling atmosphere, how the operations center was always watching, hiding Westworld’s secrets, and more.

Westerns and Sci-Fi are both really popular genres, but they’re not often seen together. How did you go about combining them?

We were referencing films like John Ford’s The Searchers. We were considering shooting in the Monument Valley and we scouted down in Moab, Utah. We went to Dead Horse Point and were scouting by helicopter. We knew immediately that the operation center of the park would exist on the side of the mountain. It would actually be built into the side of the mountain that guests can’t see when they go out into the park.

The sci-fi aspect was quite interesting because we really wanted to have a place to ground the operations center. Not so much sci-fi as this reality of any kind of big park corporate structure. You come in and it’s very polished up top. As you descend the floors it gets darker, where they do the behavior all the way down to where they decommission the hosts, to the abandoned floors way down, thirty, forty floors below where the guests come in. It made for quite the interesting challenge for me lighting wise, but it was great because they’re sets that could be redressed overnight and it would be another floor of the operations center. 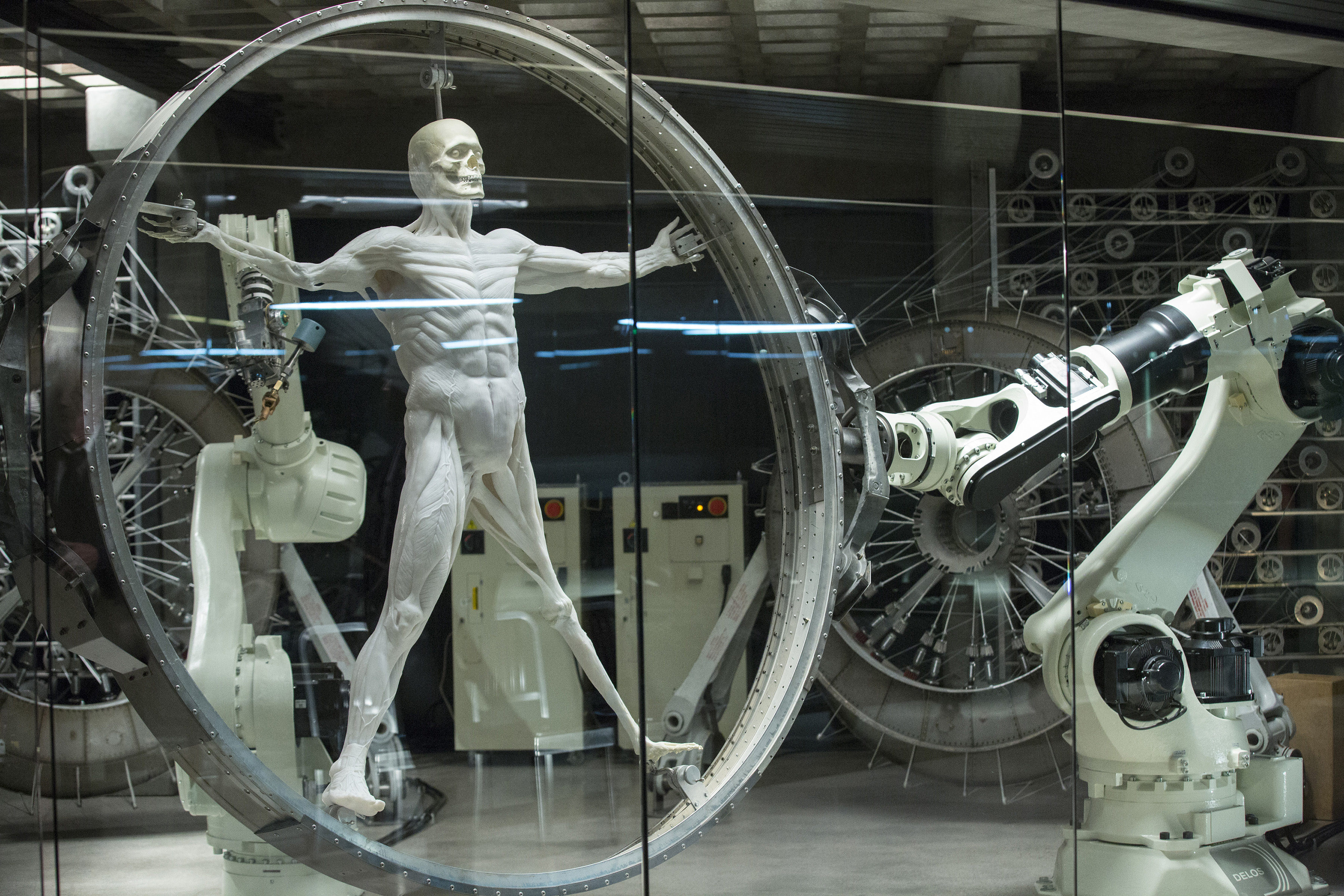 Things ultimately go horribly wrong in the show, but Westworld still felt like a place I would pay to visit.

I think the concept for Westworld is it’s a park that people pay a lot of money to go spend a week, or however long they want. As they enter the town, it’s meant to be a little more polished and approachable for the guests. As one leaves the park, it just goes deeper and deeper and more dangerous. We wanted it to feel like a clean, good environment for people to arrive, and as they leave the park, it just gets darker and darker.

The park is very inviting to the visitor and sinister to the hosts. How did you make a distinction between these perspectives?

The idea is this birthing of consciousness, the birthing of a soul. Once we get the sensibility that Dolores is feeling something on some level and that she’s beginning to think and be cognizant of who she is and her reality and wanting to get out. This is the kind of underlying tension is that idea of where you’re having a nightmare, then suddenly you’re in the nightmare. It gets more uncomfortable and then you take control of the nightmare, and it either gets worse or gets better. I think that’s pretty much what the experience for Dolores and certainly Thandie Newton and some of the other hosts are. They begin to take control of whatever thought process and consciousness they are capable of and they start to take action, which gets pretty extreme obviously mid-season there. 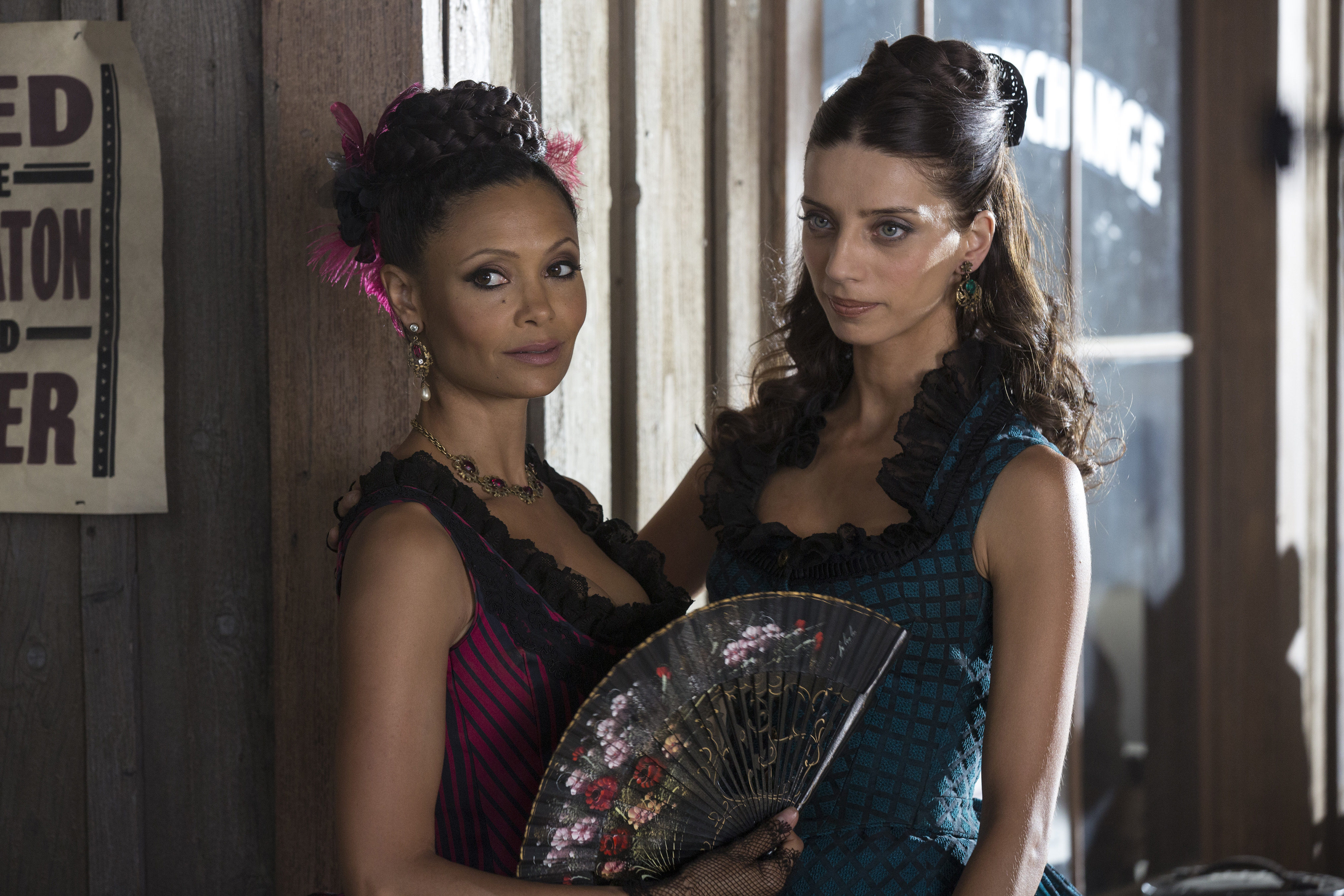 The show is set in a beautiful location designed for vacationers, but it has a really unsettling ambiance. How did you strike that balance?

There’s an aspect to the pilot and the rest of the show there’s this Groundhog Day. The train starts up in the morning, and the same hosts get on the train, and then the guests arrive, and they arrive into the town, and they walk by the same characters every morning, they say the same things to the characters every morning. We wanted this cadence to allow people to feel this cyclical quality to the reality. We designed camera movements that were edgy and mechanical. You’ll see things like aerial shots where you’re on a beautiful shot above the ground and then it has this mechanical tilt up. We wanted to give this feeling that everything is being watched by the park operations and the map room – the big red cylindrical room. This idea that they’re monitoring everything and it wasn’t important that they weren’t seeing video feeds of what’s happening. It was just this sensibility of this eerie quality that everything is being monitored and controlled by the operations center, and ultimately, Anthony Hopkins as the controller of it all.

It is interesting that we never cut to see park staff watching a security video feed. They have other ways of watching.

It was very important not to have the control room with screens. It was actually this map room, with a practical projection of a 3D map over a topographical surface we had designed. The projection and the maps spin practically. The characters look down and then there’s a visual effect, what we call “the bucket”, where they go down in the pilot and they look at the gun battle while it’s happening real time. There was no screen reality for us except for the tablets that store the information for the behavioral programming etcetera. 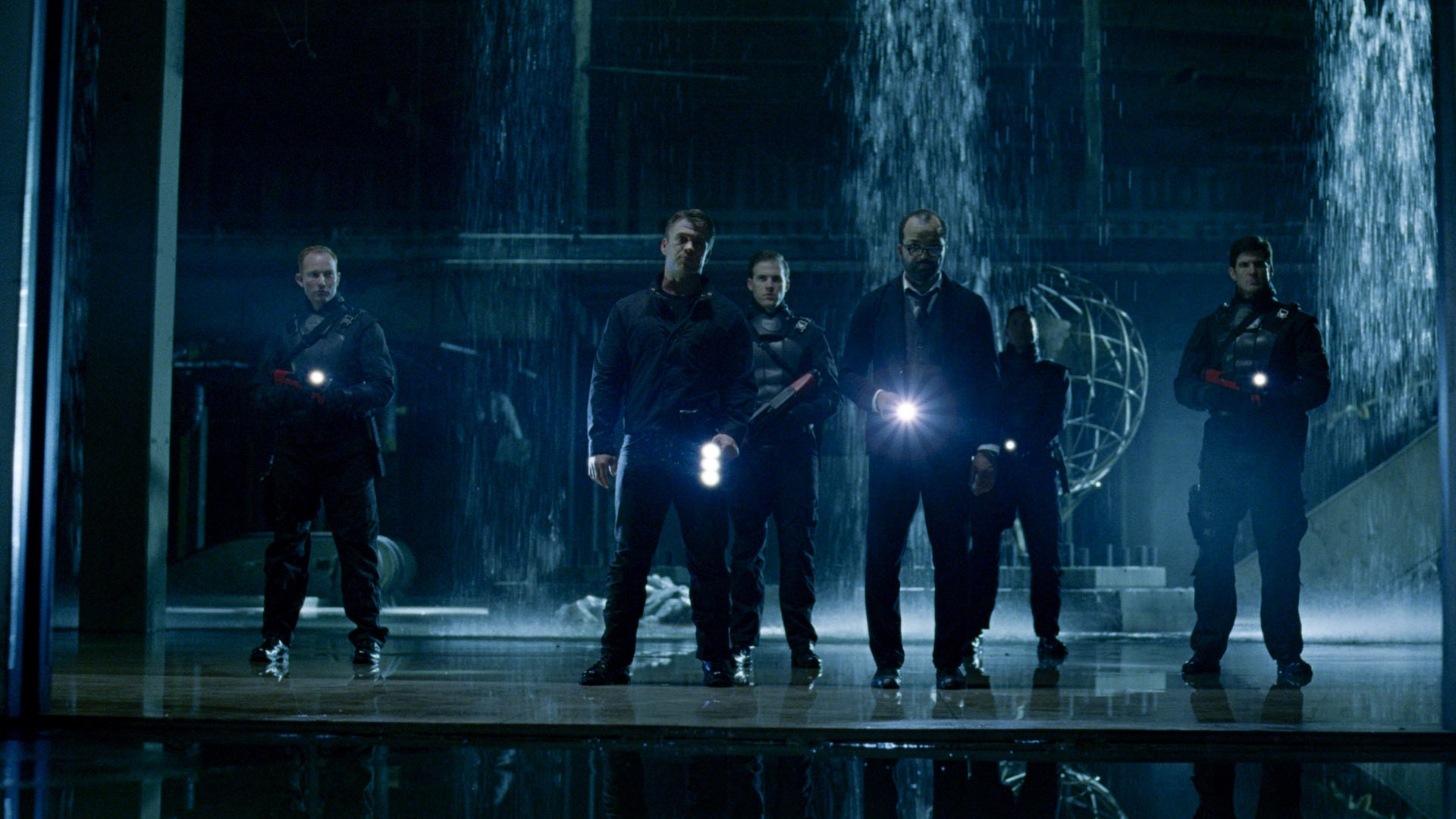 This brilliance of this shows lies in its secrets. How were you able to give the audience a sense of the place without giving away too much information?

We were very careful building the details of how clues would be discovered and how we would see these people. We wanted that opening scene to be extremely uncomfortable. The first shot in the pilot is a very slow push in from a full naked body, Evan Rachel Wood, right up to her eye. This idea that we don’t know what’s happening and, pushing in, we see a fly land on her eye. We wanted to give this discomfort similar to what she’s going through. As we’ve learned it’s the ability of the host to gain consciousness and memories that is separating them from the other hosts and ultimately how they break out at the end and things go awry. We wanted that same idea of this slowly coming into consciousness, slowly building these details. Visually not making it too extreme or if anything it was meant to be a carefully laid out series of details that we were trying to present in the pilot for sure.