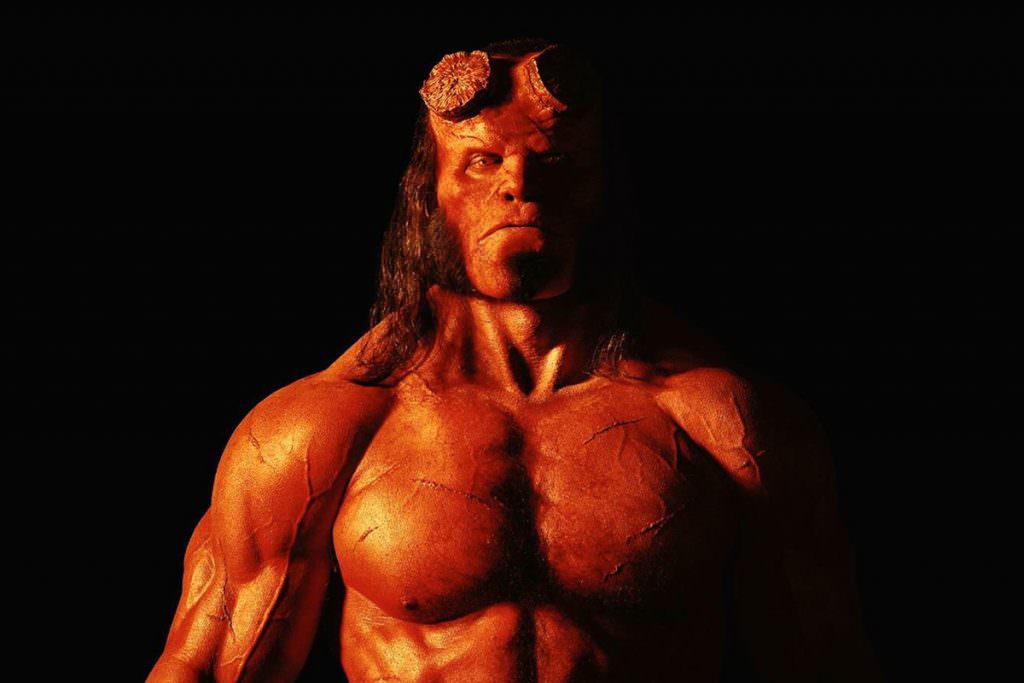 Is that you, Detective Hopper? Stranger Things star David Harbour just debuted the first look at his take as demonic antihero Hellboy and he’s unrecognizable. Heavy prosthetics give the actor sunken eyes, a well-defined chin and the character’s trademark sawed off horns. 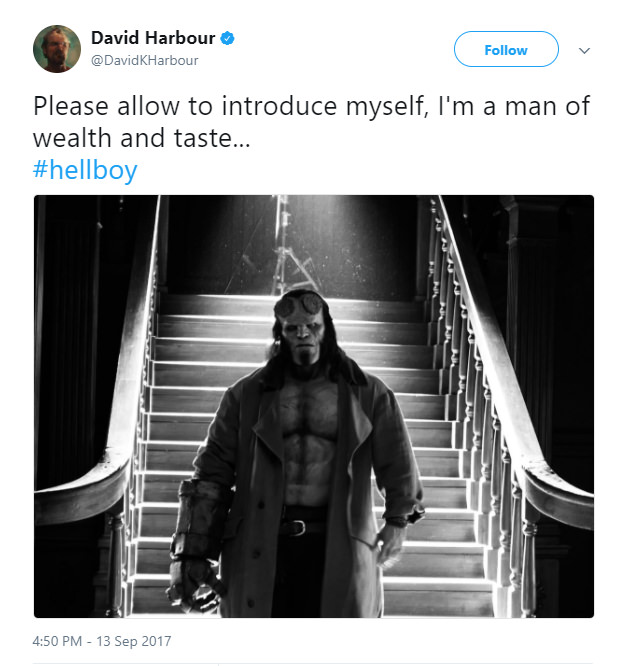 The image is in gritty black and white, but Hellboy creator Mike Mignola also released an intense full color image where the character is sporting the blood red skin tone of the comics. He, in fact, looks bloodied more than the bright lobster tone of the previous Guillermo del Toro version. 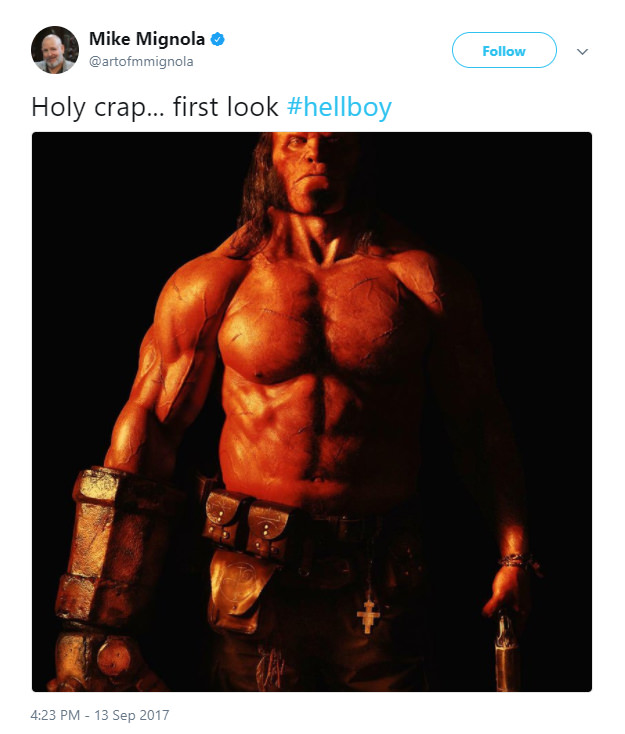 Hellboy’s Fist of Doom has also gotten a refresh with a metallic design that looks more like bolts and piping than the earthy boulder style sported by Ron Perlman. It looks immediately more menacing and destructive with a little bit of wear and tear, no doubt stemming from some serious fisticuffs.

Harbour’s pic shows Hellboy sporting a trench coat, but the official Lionsgate release shows off a utility belt, lead revolver, and a delicate version of the cross he carries. While Perlman’s interpretation was an approachable but misunderstood character, Harbour’s incarnation looks like he’s all business. He’s weathered and stoic with signs of scarring.

These two images bode well for an intense reboot of the franchise. The new installment currently has a January 11, 2019 release date. 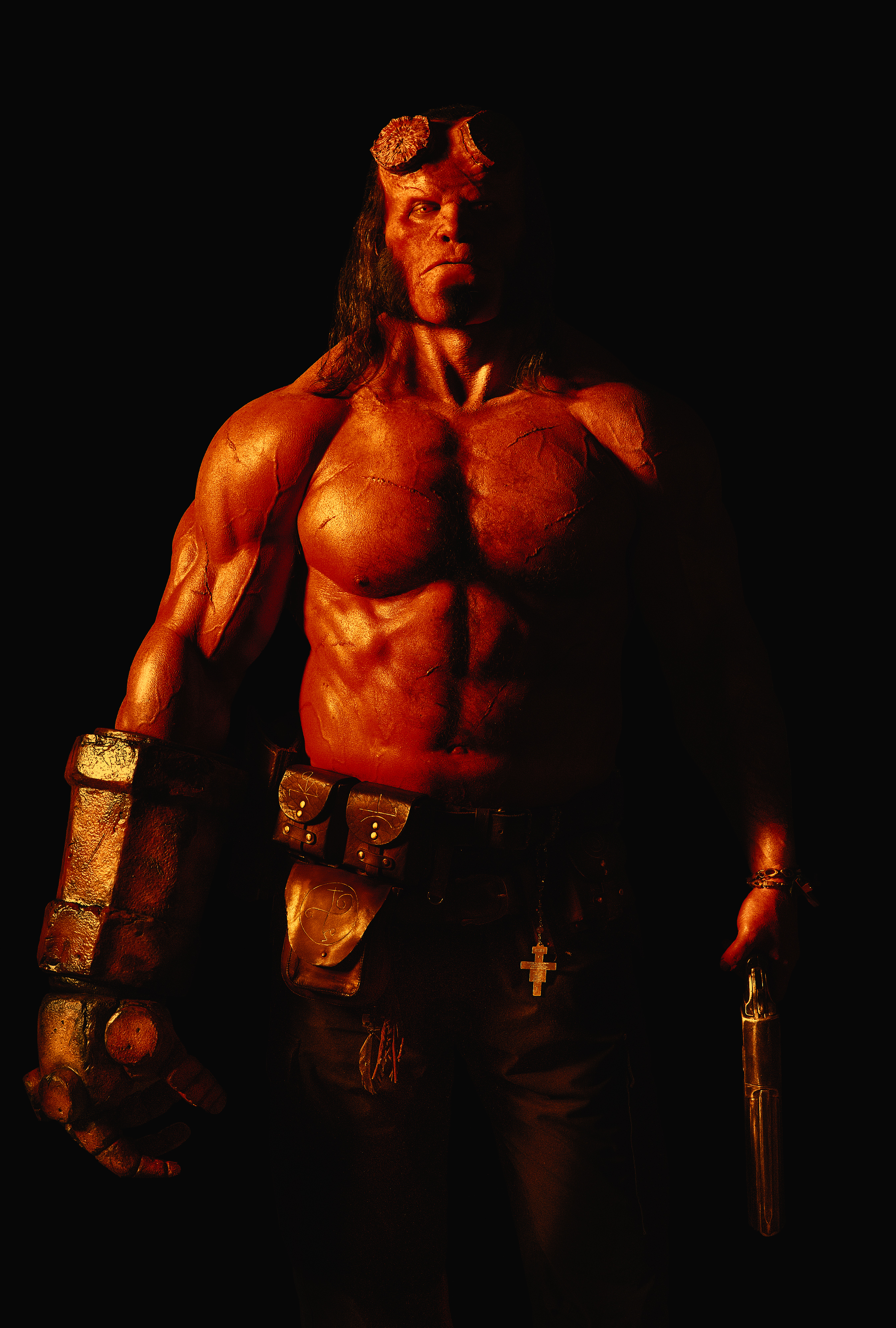