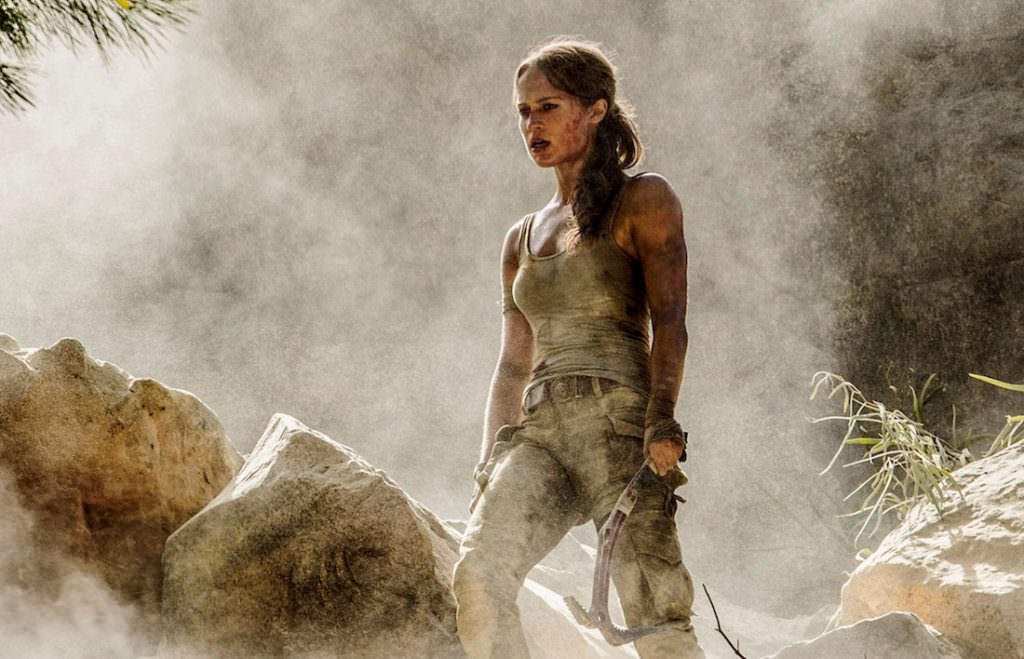 Alicia Vikander looks like the perfect choice to follow in Angelina Jolie’s footsteps to take on Lara Croft. We thought that when we heard the casting news, and we thought it again when we saw the teaser, and the trailer, and now we’re convinced of it after watching this robust behind-the-scenes featurette just released by Warner Bros. that details Vikander’s transformation into the intrepid adventurer.

The new Tomb Raider, which is an origin story, is directed by Roar Uthaug (The Wave), with the Oscar-winning Swedish actress playing a 21-year old Lara Croft, a bike courier in East London with a world of adventure awaiting her. Eschewing the path her father had wanted for her, Croft goes off in search of his last-known destination, a mysterious tomb on an even more mysterious island off the coast of Japan.

One of the things that has us excited for Uthaug’s Tomb Raider, aside from Vikander, is captured in this featurette. There are a lot of real locations and real stunts, which will give Croft’s swashbuckling exploits a truly exotic, credible sheen. But the focus of the featurette is Vikander’s transformation into Croft. It involved an intense workout regiment to turn the lithe actress into the tough-as-nails Tomb Raider, prompting co-star Walter Goggins to feel embarrassed to take his shirt off. Vikander has already proven she’s a nimble performer, she was ravishing and heartbreaking in The Danish Girl, and beguiling and intimdiating as the humanoid robot Ava in Ex Machina. Starring in her own action-adventure franchise is not beyond her acting abilities, but it required an incredible amount of physical work. Performing a lot of her stunts, and undergoing hypothermia-level cold after being blasted by water cannons, Vikander plunged into the role of Croft with a verve that astounded her co-stars.

“I was amazed by what she went through,” says co-star Dominic West. “She gets beaten up all day long.”

Tomb Raider was written by by Geneva Robertson-Dworet (Captain Marvel), and joining Vikander and Goggins are Dominic West and Daniel Wu in major roles.