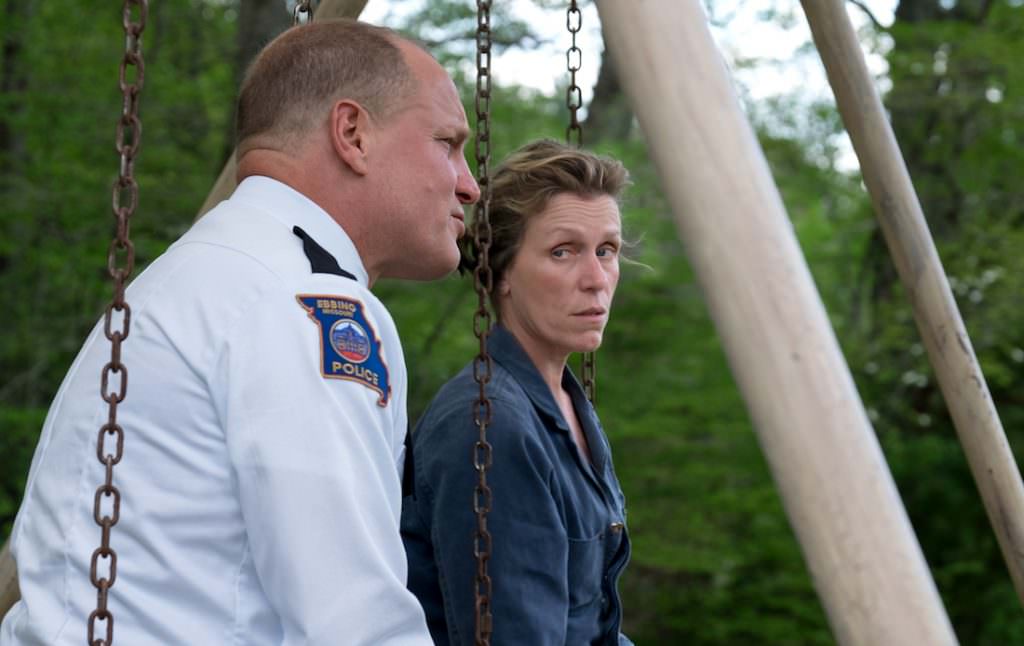 Things are looking good for Martin McDonagh’s Three Billboards Outside Ebbing Missouri, which had its’ world premiere at the Sala Grande in Venice and, as Deadline reports, was met with a roughly 10-minute standing ovation. This robust response is now the second film that Fox Searchlight has shown in Venice that has delighted and awed; they also enjoyed the world premiere of Guillermo del Toro’s The Shape Of Water last week, which was similarly feted.

Written and directed by McDonagh, Three Billboards is centered on the life of a 50-year-old woman Mildred Hayes (Frances McDormand) after her daughter is murdered. She begins to troll the police, using the billboards on the outskirts of town to begin a smear campaign on them. The two main cops, Bill Willoughby (Woody Harrelson) and Jason Dixon (Sam Rockwell) get involved, as Hayes intended. She has gone out of her way to target Willoughby, the beloved local chief. Their battle becomes the focus of the film.

There’s already talk of awards buzz, especially around the three leads, with special attention to Rockwell’s performance as the racist moma’s boy cop. The film’s headed to Toronto, then will close the London Film Festival in October, all ending it a November 10 premiere in the U.S.