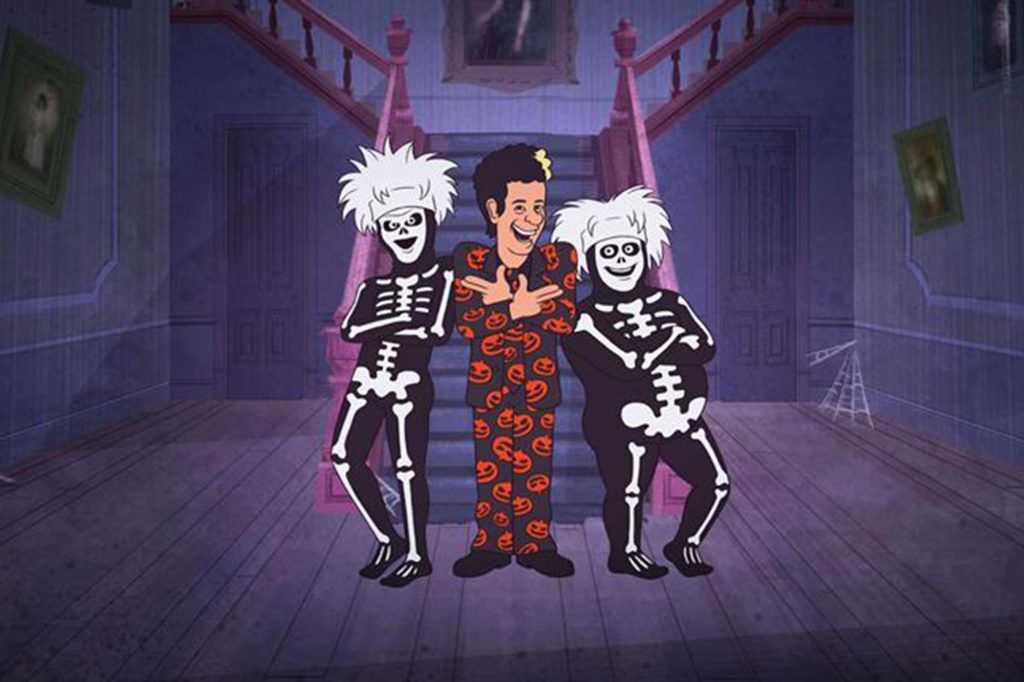 David S. Pumpkins is his own thing. And now he’s getting his own Halloween special. Any questions?

The Saturday Night Live instant classic is getting an animated makeover. One of the most popular sketches of last season featured guest host Tom Hanks as the not scary, loudly dressed, pleasant gentleman on an otherwise scary “Hell-evator” ride. As the thrill seeking couple ascended the horror-themed floors, David and his dancing skeletons confuse and amuse.

Tom Hanks will be reprising his role, voicing the animated Mr. Pumpkins. Last season was extremely heart breaking to say goodbye to Bobby Moynihan as he retired from the SNL cast, but he will luckily be reprising his role as one of the skeletons. SNL cast member Mikey Day will also be returning as the other skeleton sidekick. Special bonus, Peter Dinklage (Game of Thrones) will also get a brand new role. Dinklage has also been host on SNL and slayed every sketch.

The plot of the new special will follow David and the skeletons as they try to teach a young brother and sister the true meaning of Halloween. Who is David S. Pumpkins? Why is he in the haunted elevator ride? How many floors is he on? What does the S. stand for? Hopefully these questions and more will be answered in the pre-Halloween special. But, most likely we’ll just laugh harder and be more confused.

In case you have not yet watched the original sketch hundreds of times already, you should watch the original here. Although, we’ll warn you it won’t answer any of your questions.

The half hour David Pumpkins special will be airing on NBC October 28 at 11:30pmET.