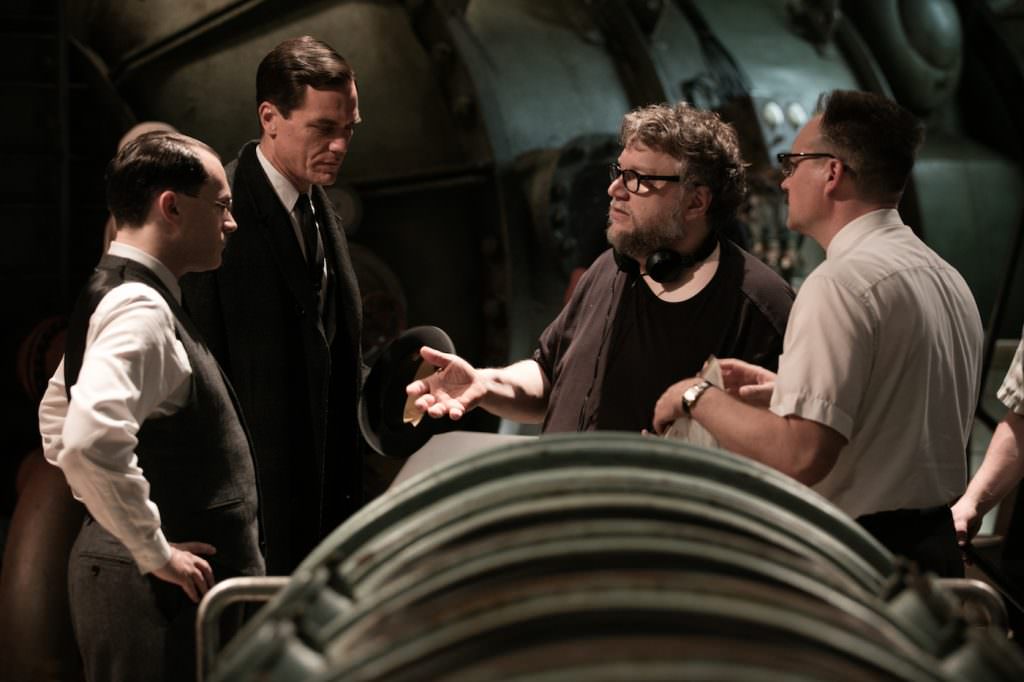 For fans of Guillermo del Toro (and we are legion), the success of The Shape of Water thus far is not surprising, but it is hugely welcome. The auteur behind the phenomenal Pan’s Labyrinth has had his share of ups and downs, losing dream projects like The Hobbit and his long-suffering and ultimately thwarted attempt to adapt H.P. Lovecraft’s “At the Mountains of Madness,” delivering bombastic, imaginative spectacles like his two Hellboy films, and serving up the super-sized Pacific Rim, a very good blockbuster about robots battling Godzilla-sized monsters from the deep.

Now comes The Shape of Water, a film that has been garnering Oscar buzz and standing ovations since it premiered at the Venice Film Festival (where it took home the Golden Lion, the fest’s top prize.) The film traveled to the Toronto Film Festival, currently at the halfway point of its run, where it has been feted yet again for it’s lovely, haunting portrait of loneliness and connection against all odds. Del Toro has created an immersive fantasy world, akin to the deliriously imaginative, ultimately heartbreaking fiction he created in Pan’s Labyrinth, in which multiple genres are embraced with a visual wit and storytelling verve that most filmmakers wouldn’t attempt, let alone pull off. In Pan’s Labyrinth, Del Toro crafted a fairy tale set against the Spanish Civil War that featured a young girl who escapes into her dream world in order to leave the brutality of her country’s gruesome struggle behind. In The Shape of Water, Del Toro has set his tale in Cold War era America (1962 Baltimore, to be exact), with a story that centers on Elisa (Sally Hawkins), a mute cleaning lady who works in a top-secret government laboratory. There she discovers that the lab is hiding a creature, a scaled, humanoid fish-man from South America that’s held in a tank and treated like a lab rat. Elisa eventually develops a bond with the merman, one that threatens both their lives and turns this sci-fi fantasy into a romance. The result is a film that transcends genre, one that’s being hailed as Del Toro’s best film, one that manages to awe and alarm in equal measure, and a story that might challenge the Academy’s usual aversion to lauding fantasy films with its top honors.

Hawkins performance is already being spoken about as a shoe-in for an Oscar nomination. Playing a mute, lonely woman who sees something beautiful in the captured merman (Doug Jones), writers like indieWire’s Anne Thompson see Oscar gold in her future for her soulful, imaginative and wordless turn. The praise for the film is coming from every outlet that has covered it in either Venice or Toronto, including Time Out, Variety, The Hollywood Reporter and TheWrap. “A dark-edged fairy tale as lovingly steeped in vintage movie magic as it is in hypnotic water imagery,” write’s THR‘s David Rooney. “A ravishing, eccentric auteur’s imagining, spilling artistry, empathy and sensuality from every open pore,” writes Variety‘s Guy Lodge. “Del Toro transcends mere pastiche to craft a work that feels like the product of our collective film-going subconscious,” pens TheWrap‘s Alonso Duralde.

There are few directors alive who could manage to meld fantasy, romance and sci-fi into a cohesive, moving whole, but Del Toro proved with Pan’s Labyrinth that when his imagination is set free, he’s a singular talent who finds beauty in the monstrous, love in the lonely, and magic everywhere. The Shape of Water is a return to form for a filmmaker who can take on many.