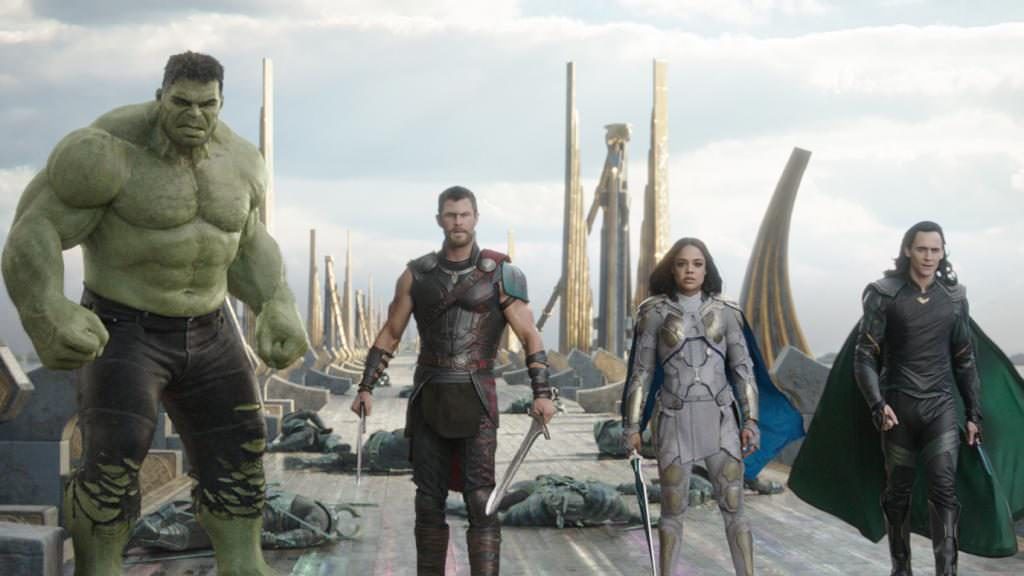 Thor (Chris Hemsworth) may be an ace with a mighty hammer, but he’s a little less masterful with the catchphrases. A new TV spot for Thor: Ragnarok shows the Norse god assembling a super team with the Hulk (Mark Ruffalo), Valkyrie (Tessa Thompson), and Thor’s brother slash former foe Loki (Tom Hiddleston). As any group of friends banding together to fight an evil villain would, Valkyrie inquires what the team’s name will be. In the heat of the moment, Thor responds with the only thing that comes to mind: The Revengers.

The name may need some work, as it’s hilariously similar to a more famous team that Thor is already a part of, you know, the one with Iron Man, Captain America, the Black Widow and the gang. The Hulk is on board, but Thor eventually abandons the effort and decides they don’t need a label. Their super cool fighting powers will do all the talking. The gang presumably is coming together to fight evil Asgardian goddess, Hela, who looks to be a force to be recokoned with (it doesn’t hurt she’s played by Cate Blanchett).

The trailers are promising some really awesome action, but also a lot of laughs. The first trailer broke viewing records for that reunion sequence with Thor and The Hulk at a gladiatorial contest. The movie doesn’t take itself too seriously, with Chris Hemsworth bringing a light hearted charm to the title role and comedian/actor/writer/director Taika Waititi behind the camera. Check out the spot below to see the latest sneak peek at the epic battle to come.