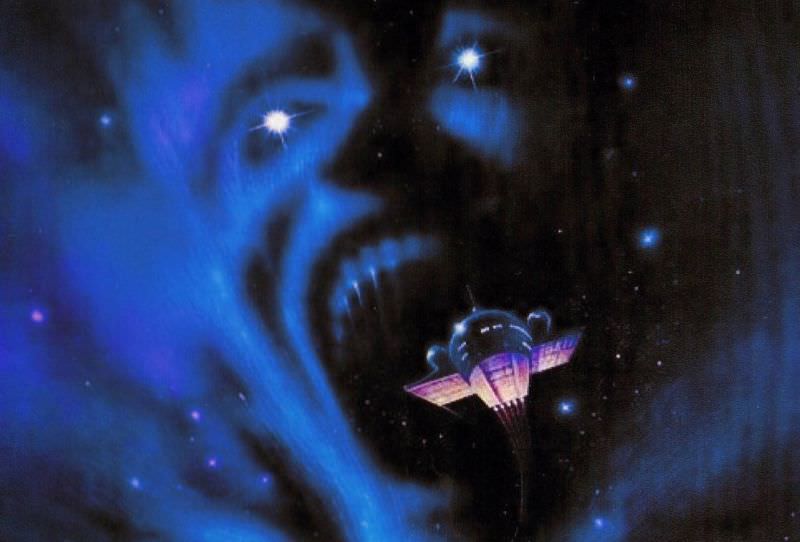 Night is coming. You may have been so wrapped up in discovering the fate of Westeros that you didn’t even realize that the Game of Thrones mastermind wrote an outer space horror novella in 1980. George R.R. Martin’s Nightflyers was adapted into a movie in 1987, but the terrifying tale could be getting a TV reboot. That’s good news for fans who will be going through serious withdrawal once Game of Thrones comes to a close.

Syfy has long been eyeing the otherworldly thriller and they may be close to closing the deal on a full season. Deadline and THR report that negotiations are nearing a straight to series deal that will be picked up by Netflix after airing on cable. Showrunner Dan Cerone (The Blacklist) and director Mike Cahill (I Origin) have just barely started production on the pilot episode that was confirmed in June, but there has not yet been any casting announcement yet.

According to THR, here’s the show’s premise:

“It is set in the future on the eve of Earth’s destruction and follows a crew of explorers who journey on the most advanced ship in the galaxy, The Nightflyer, to intercept a mysterious alien spacecraft that might hold the key to their survival. As the crew nears their destination, they discover that the ship’s artificial intelligence and never-seen captain may be steering them into deadly and unspeakable horrors deep in the dark reaches of space.”

With the way the Night King has been giving us nightmares, it sounds like this project is going to be seriously scary. Anything with Martin’s name on it is definitely worth checking out and we hope to be seeing a full season soon.