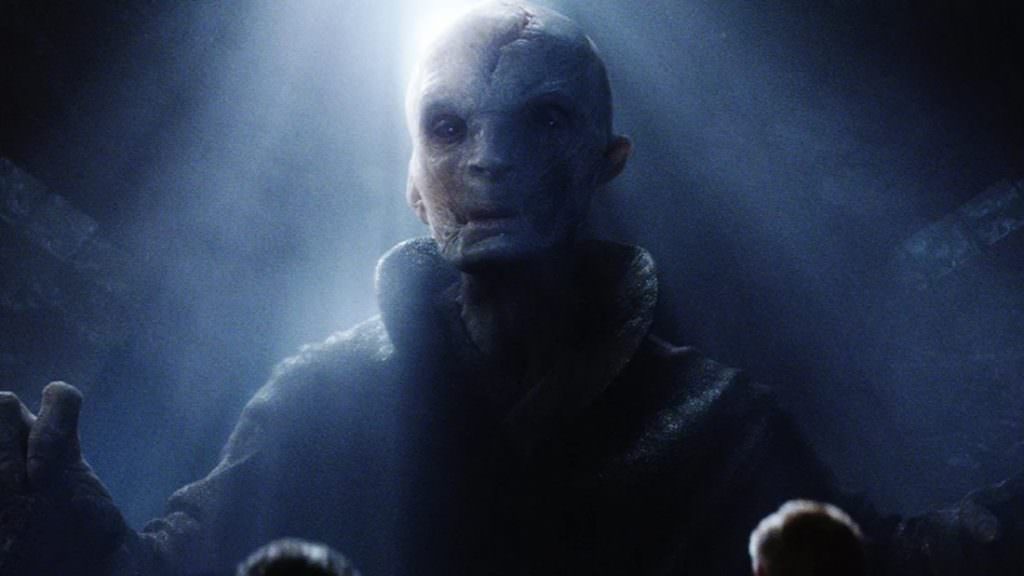 When we first encountered Supreme Leader Snoke (Andy Serkis) in Star Wars: The Force Awakens, he was a large, semi-opaque hologram, seated on a throne and hovering over Kylo Ren. Snoke’s general vagueness was, of course, by design. As the new trilogy’s version of the Emperor, Snoke is meant to be shadowy, powerful, and mysterious. But we’re living in the age of the internet hive mind, which means any and all mysteries will be puzzled over by thousands of fans, who will generate an incredible amount of theories explaining who Snoke really is. Those theories include that Snoke is actually Darth Plagueis (briefly mentioned in Revenge of the Sith as an all-powerful Sith lord who can create life), that Snoke is actually Palpatine himself (the man who told Anakin Skywalker about Plagueis), and the far-fetched theory that Snoke is Vader.

What we know for sure is that in Rian Johnson’s upcoming Star Wars: Return of the Jedi, Snoke’s role will expand, which means we will likely see him in non-holographic form. Now, a few months before the December 15 premiere, you can see him for yourself thanks to this new Topps digital trading card. He is as gruesome looking as his holographic visage suggested, with a Voldermort pallor, some serious scaring, sunken cheeks and a power robe (that’s probably not a robe he’s wearing but it looks robe-isa). 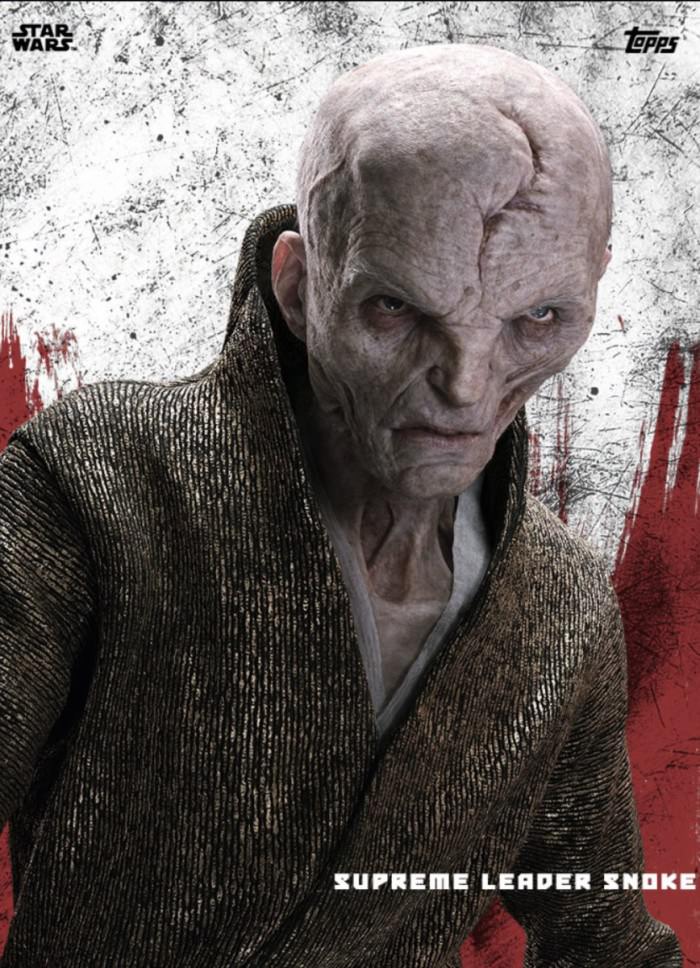 Let the fan theories increase and expand! This new look provides more than enough detail for those internet detectives to start re-formulating or doubling down on Snoke theories, and as Johnson has already told us, we won’t be learning a ton about the Supreme Leader’s backstory in The Last Jedi, giving fans that much more incentive to come up with one themselves.

TAGSStar Wars: Return of the Jedi