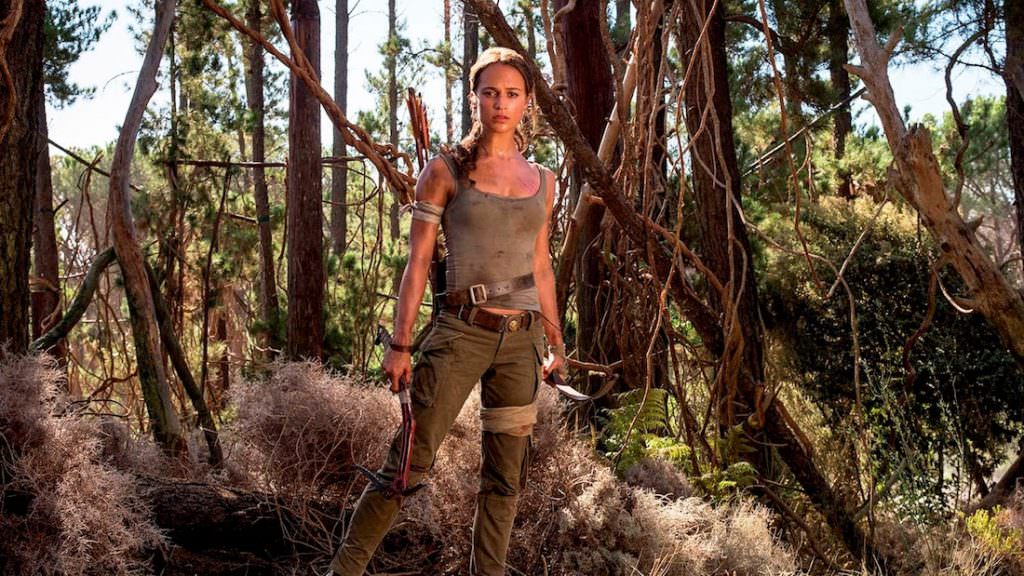 If there’s any actress who could follow Angelina Jolie, it’s Alicia Vikander. The Swedish star and Academy Award winner (for her brilliant turn as Gerda Wegener in The Danish Girl) has been the most intriguing part of every film she’s been in, including when she played the humanoid robot Ava in Ex Machina and activist Vera Brittain in Testament of Youth. Now Vikander is taking on a role made famous by Jolie; that of Lara Croft, the hyper-competent adventurer first popularized in the titular video games, and eventually turned into a celluloid super heroine when Jolie embodied her in a series of films.

In a brand new teaser released by Warner Bros. ahead of tomorrow’s full trailer debut, we get our first glimpse of Vikander as Croft in Roar Uthaug’s (The Wave) new film. Vikander’s Tomb Raider will be an origin story of Lara Croft, who starts the film as a 21-year-old bike courier in East London who resists following in her famous father’s footsteps as an entrepreneur. Instead, Croft leaves everything she knows behind to go searching her father’s last-known location: a infamous tomb on a mysterious island off the coast of Japan.

No Tomb Raider movie can exist without relentless action, and that’s precisely what this teaser delivers. Casting an actress like Vikander, who can convey so much with the most subtle gestures, in a role re known for its physicality will intriguing to watch. Tomb Raider was written by Geneva Robertson-Dworet (Captain Marvel), and joining Vikander are Dominic West, Walton Goggins, and Daniel Wu.

TOMORROW – watch the trailer for #TombRaider, in theaters March 2018. pic.twitter.com/Lt5R7KVCkG