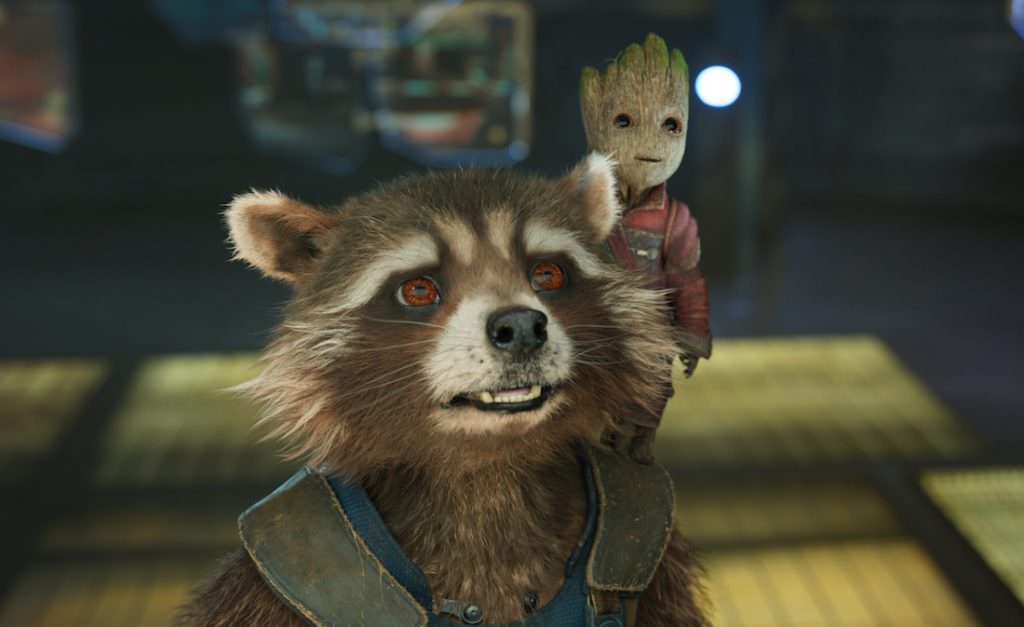 Rocket Raccoon’s Twisted Origins to be Explored in Upcoming Film

One of the surprising turns in Guardians of the Galaxy Vol 2. was the connection forged between Rocket (voiced by Bradley Cooper) and Yondu (Michael Rooker).  Up until Yondu finally confronted Rocket on being a colossal jerk, the ferocious little hybrid guy had spent much of the film berating his fellow Guardians. Rocket was testy in the original, but in Vol. 2, he seemed downright incosolably furious, which was odd considering he finally had a family of sorts, and was ostensibly doing what he loves most, blowing stuff up and shooting at stuff.

But then came his connection with Yondu (the film’s surprising heart and soul), with the latter nailing why the former was always so angry. Yondu saw himself in Rocket, the burning fear of abandoment fueling the desire to push people away before they can do the same to you, and once he laid this on him, Rocket seemed genuinely spooked. Yondu had pinpointed the basis for Rocket’s fury without actually knowing what the little guy had been through, and this insight seemed to unmoor Rocket completely. It should no longer be surprising that movie magic is so technologically advanced at this point that an animated, talking raccoon could have the most credible emotional arc in the film, but that’s where we’re at. Rocket’s journey in Vol. 2, from furious to introspective, was one of the best surprises in the film. It spoke to a twisted past we’ve only heard a bit about, the fact that he was operated on, against his will, and turned into the mechanical wizard, gun-loving, bomb-making lunatic that he is.

Now word comes that Rocket’s past will be explored more fully, and that what we learn will be even darker than what’s written in the comics. James Gunn, the Guardians world builder himself, was speaking at a HASCON convention, put on by toy manufacturer Hasbro. Here’s what he had to say about a Rocket Raccoon origin:

Does this mean there might be a Rocket spinoff in the works? Perhaps. Rocket and Groot are surely a pair that audiences would gladly follow into their own films, and Gunn could be hinting at this. Or, he could be talking about fleshing out Rocket’s rocky past in another Guardians film, or, in even in Avengers: Infinity War (although that’s highly unlikely.)

Regardless of how it happens, Rocket’s become a major force within the Marvel Cinematic Universe, one whose backstory now seems crucial. Which is pretty impressive for a talking raccoon.