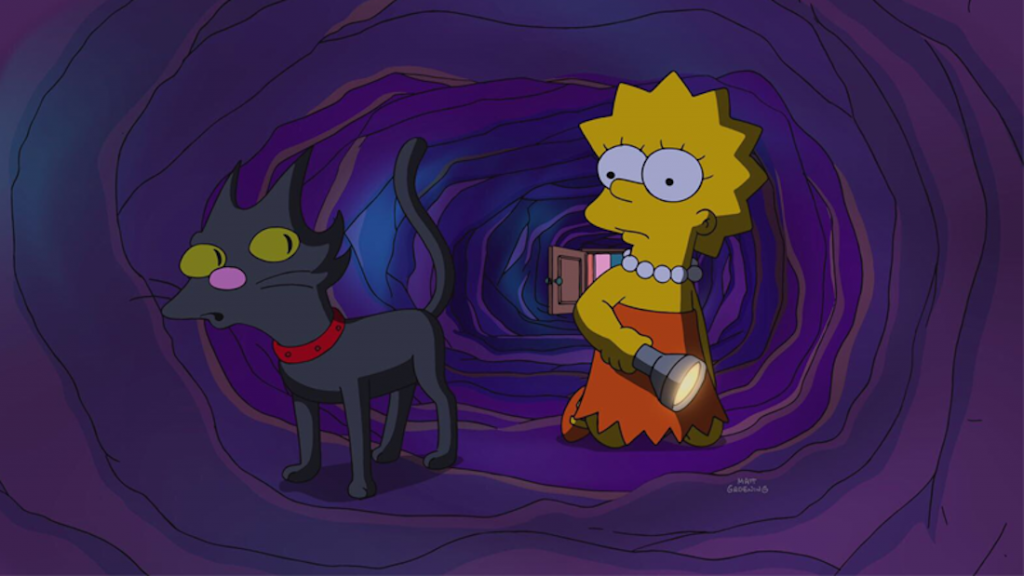 Get ready for a very spooky, yet always humorous, Simpsons Halloween! The decades-long tradition continues as The Simpsons will be debuting their 28th annual “Treehouse of Horrors” Halloween special coming next month. The 2017 edition will feature legendary writer Neil Gaiman, who will finally give voice to the favorite family cat, Snowball (a first!). The episode will classically feature all the beloved family members outside of the shows normal setting. From The Shining to Stephen King novels, the episode once again plans on dropping Homer, Bart, Marge and the rest of the gang into horror and super-natural like settings that parody classic Halloween films. Appropriately enough, the episode’s plotline will pay homage to Gaiman’s fantasy novel and 2009 adapted motion picture, Coraline.

The story of Coraline is certainly a spooky one and will definitely be an adventurous tale to tell in the Treehouse Special. It’s about a young girl who discovers an alternate dark realm that seems to mirror her own world. Unlike her own, this upside down world inhabits creepy button eyed characters that, at first glance, seem to mirror the young girl’s family. I certainly can’t think of anything creepier than seeing the beloved Marge Simpson with sewed on button-eyes.

Gaiman made the special announcement on Twitter yesterday, with a teaser image from the much anticipated episode. It seems Lisa Simpson will be taking on the leading role of Coraline, as the image features her and Snowball crawling through a dark cave-like passage way that should led to this parallel universe.

This will be the second time Neil Gaiman has appeared on the show. In the season 23 episode “The Book Job,” Gaiman played himself. It definitely should be exciting to see Gaiman take on a new, never before heard, voice of the Simpson family.

The Simpsons ‘Treehouse of Horror XXVIII’ will air October 22. As usual, this episode is going to be puurrr-fect!