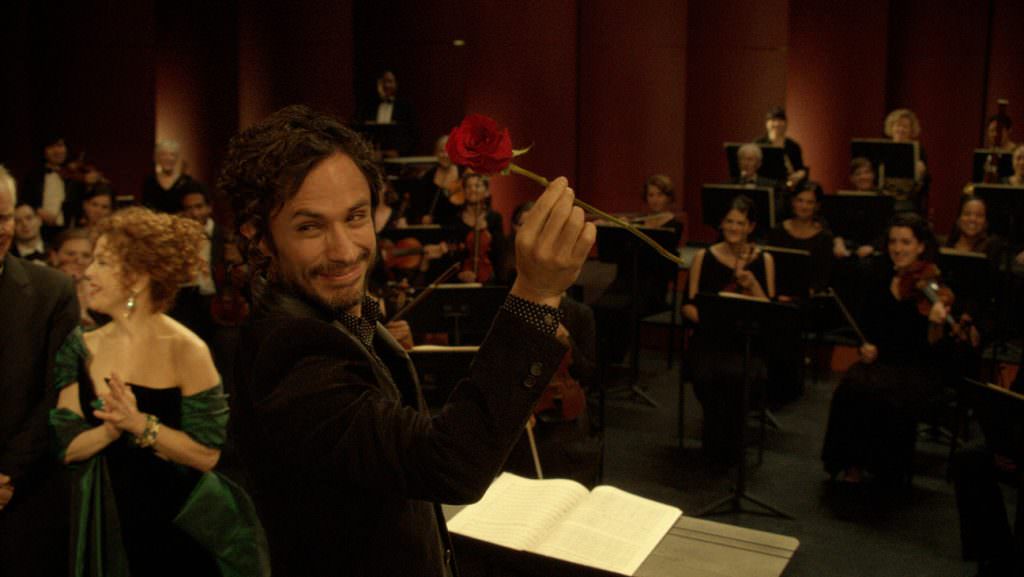 Amazon’s Mozart in the Jungle was one of the first series’ to make the online streaming of original content a success. Gael Garcia Bernal stars as Rodrigo, the mononymous conductor who frenetically beats new life into the traditional New York Symphony. He’s a polarizing figure who finds fans and foes among the organization filled with artists at every spectrum of success. Production Designer Tommaso Ortino earned an Emmy nomination for painting the story among New York’s actual neighborhoods. Ortino skillfully incorporates the stories of struggling musicians and celebrated prodigies across the vast cityscape. As Rodrigo’s free spirit spins the story off to other countries, Ortino aptly conquers new countries and cultures.

We spoke with Ortino about the show’s musical inspiration, using all of New York as the show’s set, expanding the show to other countries, and more.

Are you a musician? Did you have to know a lot of music to work on the show?

I’m not a musician and actually I’m sad to be a little ignorant of it. With the show I learned a lot and then I bought a piano and I’m learning to play, so it definitely pushed me to do that. That was a very important element to learn and understand what people are playing, just for small things like the setup of the orchestra because every orchestra is set up different. Our department had to organize the whole orchestra layout and get the instruments.

Rodrigo is a free spirit and doesn’t always meld well with the very formal orchestra. How do you portray his colorful personality in this environment?

Rodrigo is someone who came from this ideal of commune. He was very poor and you learn he was actually in a public program. We wanted to create a character, with the locations, that was always trying to be staying in contact with his orchestra who is less wealthy and less well-to-do. He is also trying to stay in contact with escaping, so he walks a lot. He goes to many places. He’s definitely curious to know what happens under the beautiful little orchestra bubble, or outside of it. Rodrigo is trying to achieve a lot musically, but is also trying to stay connected with the outside world. 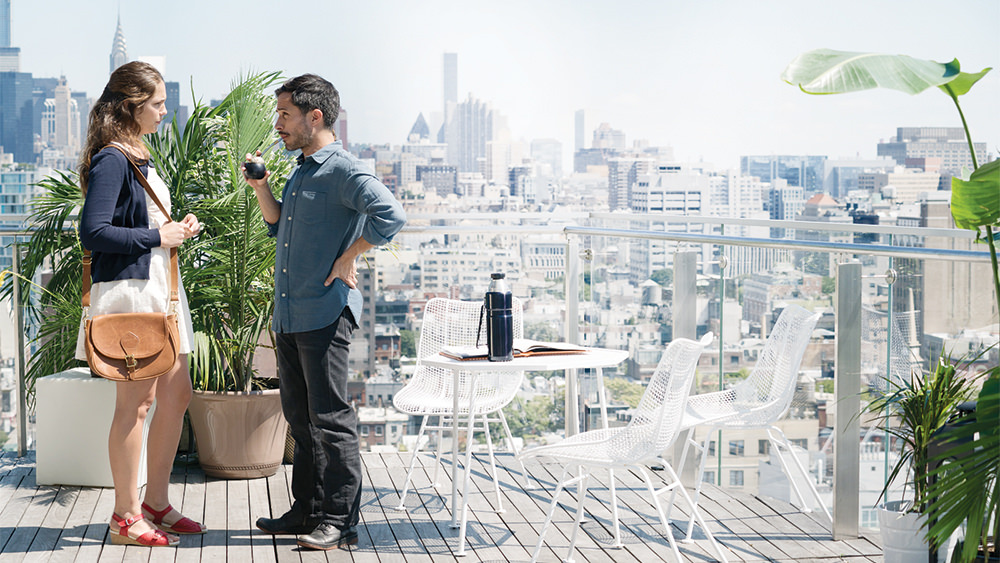 Lola Kirke and Gael Garcia Bernal in Mozart in the Jungle. Courtesy of Amazon Studios.

This show features a lot of locations. How did you use New York as the backdrop for the show?

When I met the writers and the creators, they stressed the fact that they wanted to show many aspects of the real world. They were not in love with the idea of having a lot of stage sets. We sort of had to be smart about. The performing arts center is a real location in upstate New York, and it’s a beautiful place. But of course it has some scheduling issues, so for the second and third season we recreated part of it. We recreated the side of the stage with all the ropes, but the main location is an actual beautiful performing arts center at Purchase University.

There are a lot of different ways to portray New York. What was your vision for the way you would present it?

Location scouting is the best resource to understand the city. This show wanted to try to go into the world of an orchestra, of the members. I decided to understand their income. What they make, where would they live in the city with that income? I did not want to create spaces that were unrealistic or too big or too fancy for the dire economic status of every member. Hailey had to be with roommates. That makes sense and we have to be in Brooklyn. My knowledge of New York and the way certain groups of people and certain levels of income live was important.

The New York spirit definitely comes through no matter what, the idea of many people gathering to do something. These are all striving people that are trying to do their best, which is the New York spirit. People come here, they compete with the most talented musicians. So that definitely came through, the idea of you’re in New York, everyday you’re struggling to be the best, not just to be in an orchestra. 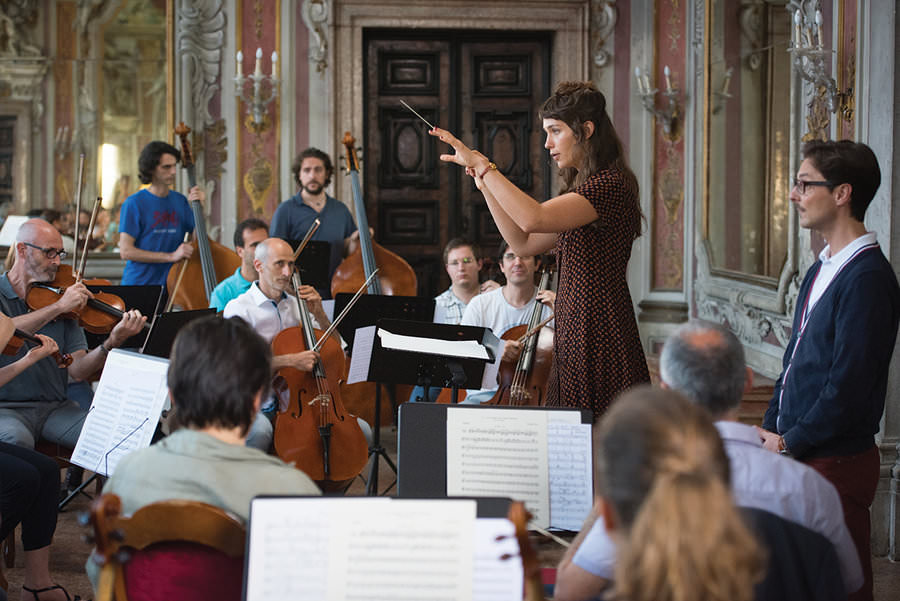 Lola Kirke as Hailey Rutledge in Mozart in the Jungle. Courtesy of Amazon Studios.

Scouting locations in New York is one thing, but this show travels all around the world. How do you find sets in other countries?

They wanted to see this orchestra traveling. I think the endeavor was clearly bigger than the idea, which was beautiful, but then to make it happen we really were exploring new grounds. But it turned out beautiful in both locations, Mexico and Italy. I always went a little bit before to understand the culture. With Italy it was easier, of course, because I come from there. In Mexico there are no prop houses really. There is no way you can purchase anything online. So basically they kept showing me references of lamps and cabinets, and I say, “Yeah, I like that.” But then I realized very soon they were showing references to make them. They would just build things, which is amazing. They have a construction concept of the dressing, which is very unique. But I had to learn that, and then as I learned, I embraced it, but it definitely made a big difference.

What was the most difficult transformation you’ve done on this show?

On the third season, we had to create this club that Lizzie is building out of nothing with her savings. It was an idea of a certain club. It’s European and a bit nostalgic for the 20s and 30s. We took a long time to understand exactly what kind of look it would have. When we found it, we still had to transform it completely. We found an empty, abandoned old warehouse. The art department then had to contribute heavily to make that place work as a just-opened club done by young and art-loving people.

Feature Image: Gael Garcia Bernal as Rodrigo in Mozart in the Jungle. Courtesy of Amazon Studios.