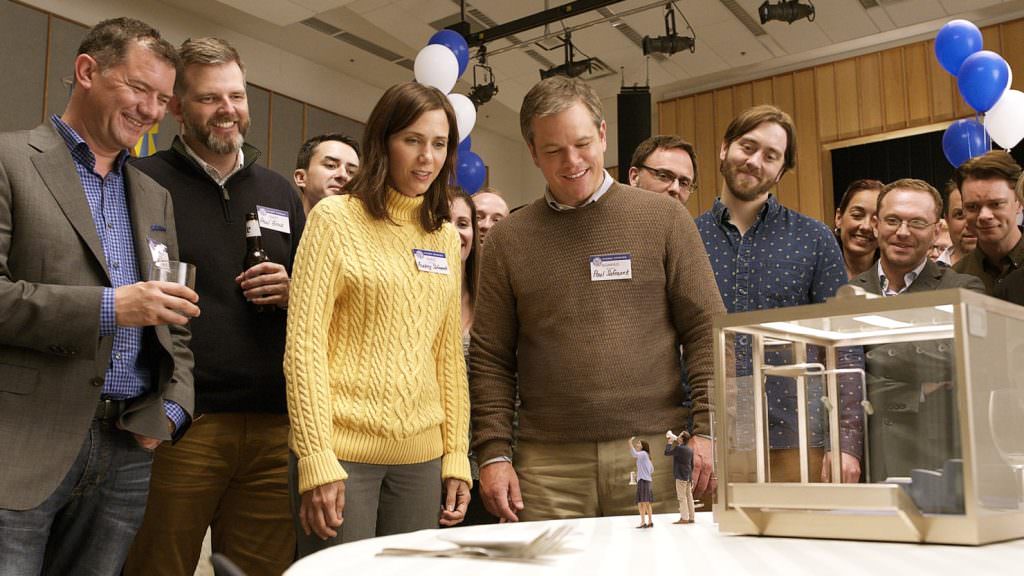 Director Alexander Payne is a master of the biting comedy, having honed his craft in some of the most whip-smart comedies of the past two decades. From 1999’s Election, an absolutely brilliant film about monstrous teenage ambition and monstrous middle-aged mediocrity, to the boozy, woozy Sideways (which cemented Paul Giamatti’s career and marked Thomas Hayden Church’s comeback), to the soulful, searching and ultimately very moving Nebraska (which marked the return of Bruce Dern), a Payne film is like a bracing shot of good liquor; it burns and warms at the same time.

His latest, Downsizing, has just dropped its official trailer, a comedy that imagines a world where Norwegian scientists have finally solved the overpopulation problem in a novel way; they shrink people to .0364% of their current mass and volume. But how do you get people to willingly shrink themselves to the size of an action figure? Here is where the conceit goes from sci-fi to Payne—you make them rich. Matt Damon and Kristen Wiig play Paul and Audrey Safranek, a married couple who learn that if they are willing to downsize, their annual income will go from fifty thousand dollars to $12.5 million. The procedure, as it were, is irreversible, yet the couple decides to go for it—until, at the very last minute, one of them bails.