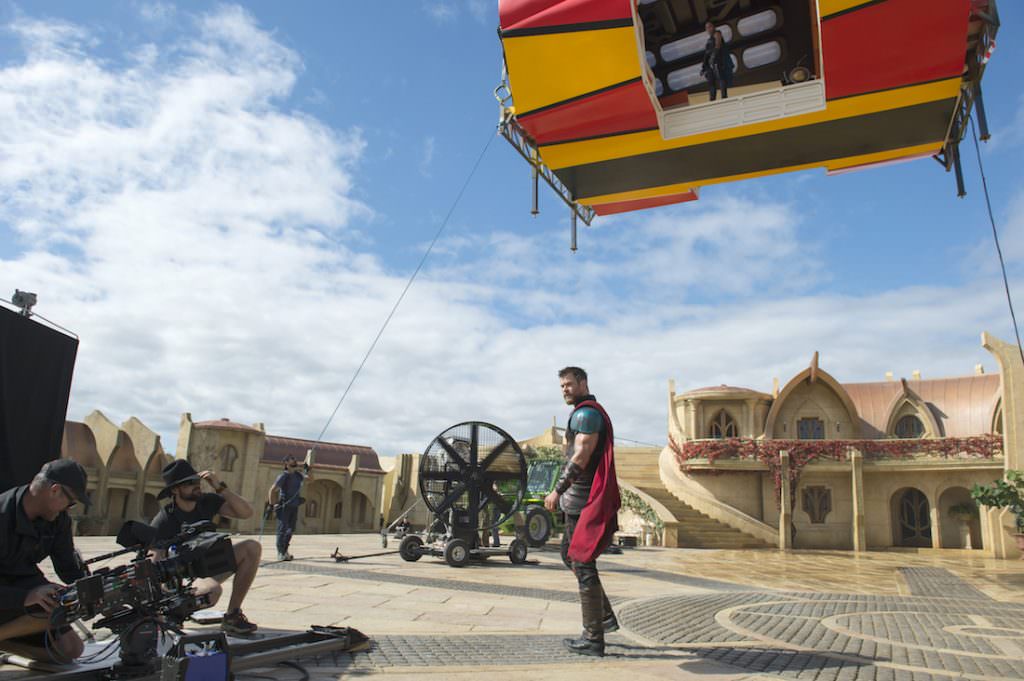 You might be excused for finding the look and feel of Thor: Ragnarok to be closer to Star Wars than any previous Thor film (and we mean this in a good way). Director Taika Waititi looks to have created a totally singular, and potentially fantastic space adventure with Ragnarok, and now that we’ve gotten a look at this behind-the-scenes mini featurette, it seems like the entire cast and crew were having a blast making the film.

Waititi and stars Chris Hemsworth and Mark Ruffalo discuss their film, which centers on the whereabouts of the well traveled Norse thunder god after the events of Thor: The Dark World and Avengers: Age of Ultron. Thew ay Ruffalo describes it, it sounds like Thor was taking a gap year after high school to go travel around Europe. Again, we mean this in a good way.

“Thor’s in crisis,” Ruffalo says. “He never went back to Asgard to claim the throne. He wanted adventure. When we pick him up, he’s at the end of this search for himself.”

The major factor in Thor: Ragnarok is Hera, the goddess of death (Cate Blanchett), whose reign of fury over Thor’s Asgard winds up getting the jovial hammer-swinger imprisoned by the Grandmaster (Jeff Goldblum) and pitted in a gladiatorial contest against a familiar face; fellow Avenger The Hulk (Ruffalo). Yet even amongst this very dark turn of events for Thor, Waititi’s presence made this film unlike any of the previous, very moody installments. Waititi is the man behind The Hunt for the Wilderpeople and What We Do in the Shadows, after all, so you can expect Ragnarok to be possibly the funniest film in Marvel’s entire canon.

“I wanted to take people on a ride and inject some comedy into it,” Waititi says. “It keeps people laughing along the way, but also has spectacle and stuff that gets people excited.”

Check out the behind-the-scenes featurette below.