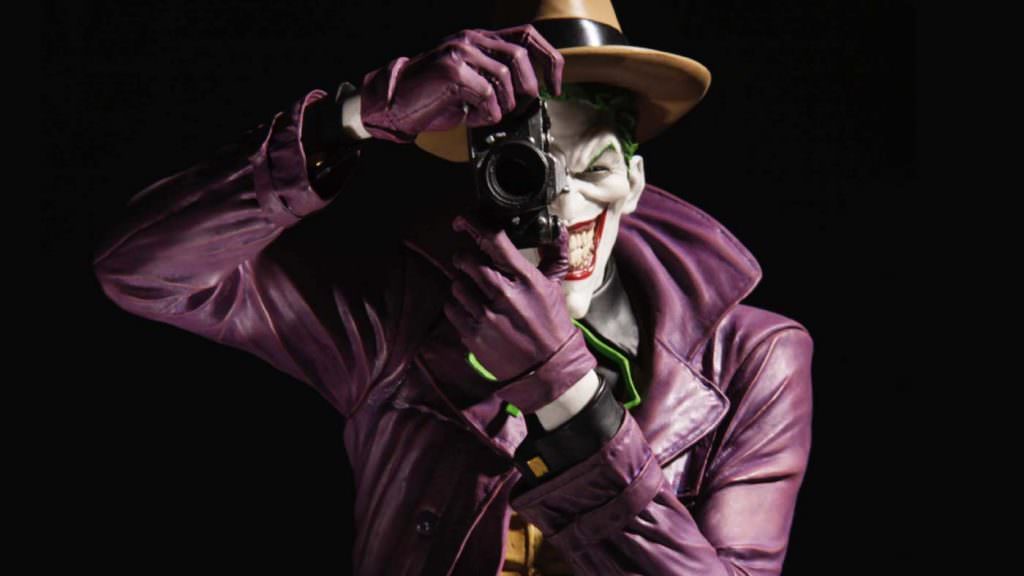 Is Leonardo DiCaprio Going to be the Next Joker?

This would be the casting coup of the century for any superhero-related film, even more so than nabbing Christian Bale for the Dark Knight trilogy—The Hollywood Reporter has it that Warner Bros. is shooting for the moon on their Joker origin film, hoping that by bringing Martin Scorese onboard as producer, they may be able to lure his muse, Leonardo DiCaprio, to take up the iconic role.

The news that Warner Bros. was developing a Joker origin movie was a big deal in the first place, made even bigger by Scorese’s involvement. It was surprising, really, that the legendary 74-year old director, fresh from his searching, years-in-the-making film Silence, would turn to a superhero franchise as one of his next projects. It was also surprising from the studio side, considering most superhero films are made by committee, with directors needing to keep their vision in line with the larger “cinematic universe” that is now required of these films ever since Marvel launched their juggernaut Marvel Cinematic Universe, tying all their films tying into one mega-narrative. Scorsese is famous for being a very controlling director (and why shouldn’t he be considering his track record, talent and standing?), one who spends freely to get the exact picture he wants. (Scorsese is also one of the few filmmakers who can call his films “pictures” without sounding precious).

The answer to the above questions, as THR explains, is that Warner Bros. is making a gambit to nab DiCaprio, giving the studio another major, marquee talent in their superhero franchise, which would immediately elevate the Joker film to the level of Christopher Nolan’s Dark Knight trilogy. It’s also a part of their new slate of films that won’t be required to fit in with the larger DC universe, but rather function as stand-alone films fit for auteurs

While there’s no offer on the table yet, and DiCaprio, who can choose any project he wants, is long past the point of his career where he needs a superhero franchise, or any franchise, really, so we’re still solidly in early stages speculation-ville. Yet Warner Bros. even signaling this is a big deal, and speaks highly of their desire to bring in serious artists to turn out superhero films, not merely blockbuster movies.

It should be noted that Warner Bros. already has a big league actor playing the Joker; Jared Leto. Leto played the Joker in Suicide Squad, and is set to reprise the character for the sequel and a spinoff film with the Joker’s main squeeze, Margot Robbie’s Harley Quinn. Warner Bros. desire to land DiCaprio in their Joker origin movie is part of their move to create stand-alone films that aren’t connected to the larger DC universe. War for the Planet of the Apes director Matt Reeves is tackling the stand-alone Batman film, which may proceed without Ben Affleck in the title role. This separate lable for stand-alone films gives them an opportunity to enlist directors like Reeves and major talent, like Scorsese and DiCaprio, and give them more flexibility than they might otherwise enjoy on the universe-building DC label.

DiCaprio and Scorsese have made five very successful films together over the last twenty-years:  Gangs of New York, The Aviator, The Departed, Shutter Island and The Wolf of Wall Street. For a Joker origin film, with Scorsese involved, you can be sure Gotham will be shown at its’ grittiest, and should DiCaprio play the clown prince of crime, the film will immediately transcend the superhero genre and become a must-see, even for people traditionally turned off by films about caped crusaders and supervillains.