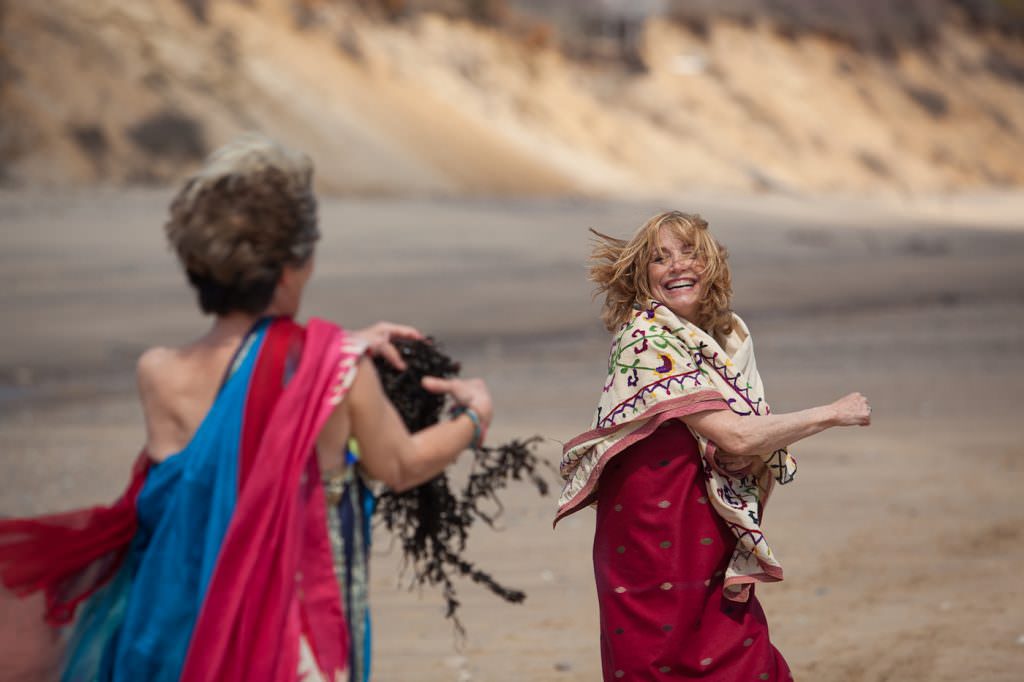 Karen Allen on her new Film Year by the Sea (and yes, Raiders of the Lost Ark, Too)

Karen Allen shows a different kind of courage in Year by the Sea than she did in her most iconic role as Marian in Raiders of the Lost Ark.  But she looks just a few years older and still shows the same fearless engagement in the world in the story based on the memoir by Joan Anderson, A Year by the Sea: Thoughts of an Unfinished Woman. As her children left home and her husband accepted a job in a new city, Anderson needed time to rediscover who she was when she was no longer taking care of her family.  So she went to Cape Cod, where she made new friends, learned new skills, and became a person who could give from strength. In an interview, Allen talked about playing a real-life character, what she and Joan have in common, and why Raiders remains so beloved, a generation after it was made.

Are you like Joan; do you feel renewed by nature?

Oh very much! I actually live in the countryside, although for much of my life I lived in New York City. I found a place up in the countryside and now I’m very connected to nature. Yes, yes absolutely and nature, too; I was reading this recently, I might be misquoting: “It is impossible to be neurotic in the company of a tree,” and I thought, “Ain’t that the truth.” All those little things that we worry about and concern ourselves with, when you’re dealing with the tree they don’t seem to take on same level of importance. I live in a forest, I live right next to a forest and I spend a lot of time with trees and a lot of time just like in nature; I have up close and personal relationships with a lot of trees, I prune them and I look after them and so I try to use them for every little bit of therapeutic use they can offer.

So then how do you take on the role of somebody who begins scared and empty and gradually begins to understand that she is renewed by nature?

It’s a process. I’ve been an actor for the last forty years and I think one of the things that really has always intrigued me in life is the whole concept of identity, who do we think we are and the things that go into creating a person’s perspective.

I start pretty down to earth. I try to step into the person’s shoes based on everything I can learn about her.  In this case, I had a script and I had Joan’s books and I had Joan. So a lot of time I’m playing a fictional character and have to actually look up an entire history. If I’m playing someone who is in someone else’s imagination I have to know as much about them as I know about myself. I have to know who their first grade teacher was and I have to know how they learned to tie their shoes and all the different places they lived in their life and who their favorite aunt and uncle were. These are all questions I have to fill in.

What did you learn from meeting with Joan?

With Joan, within a couple of weeks of my knowing I was going to do the film, I sat down and had about a three or four hour lunch with her and just got to know her. But of course because I’m playing her twenty-five years earlier I’m playing a little bit of a different version of her. She really at that particular time was feeling very constricted and lost and really trying to figure out the way forward for herself, and she’s now become a real leader among women. She does workshops all over the world and so there’s a big arc there of growth for her.

She wrote the book when she was in that first year. That was really her way of coming back into herself through the process of writing that book; so I used that book as a kind of template in terms of what she was going through and the struggles she was having. That became my link to her. Even physically she’s a different person now than she was twenty-five years ago so I didn’t want to spend too much time looking at the woman now. I wanted to spend more time allowing myself to fit in a way she describes herself in the book. I wrote down a lot of her adjectives on paper, a lot of the ways in which she viewed herself during that period of time and I just sat with those adjectives quite a bit and I thought about what they represented. If somebody feels stuck, if they used that word that’s a certain kind of feeling in the body and it creates a certain way of moving; so I played around with all of those qualities that she was struggling with.

She’s been honest and open and vulnerable and disarming in the way that she talks about herself and her life and her marriage and herself as a parent and all of her hopes and dreams and all of the ways in which she really struggles with things that she kind of put to the side to be a mother and a wife. She was lost in a person who was more concerned about getting her son to a soccer game on time and so she lost track of her own dreams. So those are the choices all women struggle with, that illusion that you can have it all and the reality in which people very rarely have it all, they make choices and that may eventually be their all but you can’t be in four places at the same time; we often wish we could. And probably men struggle with them equally and I don’t know that they talk about it. 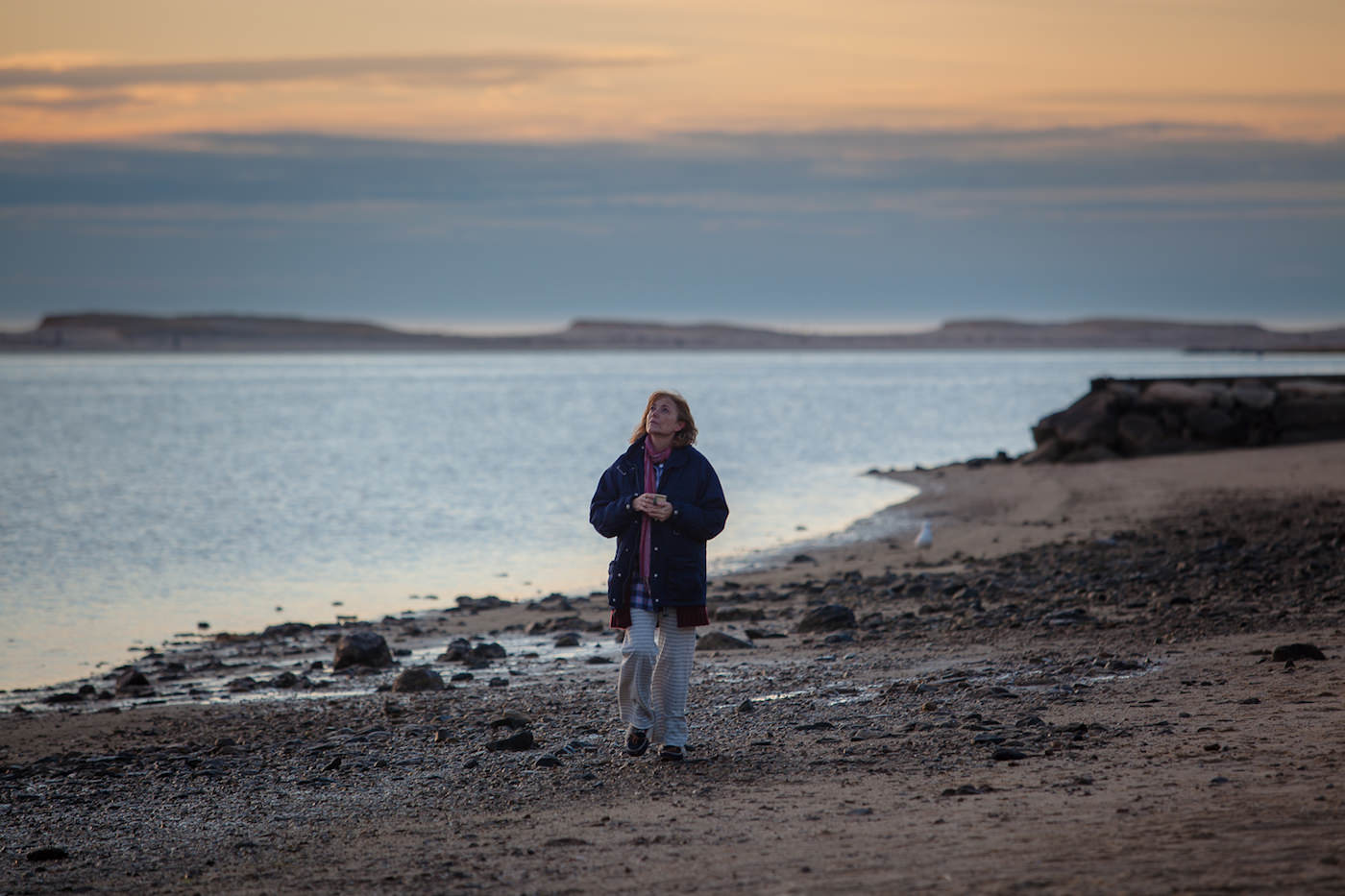 KAREN ALLEN (Joan) explores Nantucket Sound at sunrise in YEAR BY THE SEA, a life-inspiring dramedy based on the NYT bestseller.

There’s a great scene where Joan learns how to get clams from the beach. Had you ever clammed before?

I had never clammed. I certainly had pumped water from a pump although not necessarily in a house but outside because I lived in a time of farms when I was a kid growing up. But no, clamming wasn’t known to me. I’m sure the doing of these things did have a major impact on her. The way I related to it — this is one of my parallels with Joan and it happened at different times in our lives  — when I was twenty-one I went to live in the West Indies by myself and then I made and met some friends that flew to Mexico City and we embarked on driving all through Mexico, all through Central America and then crossed into South America and drove down into Southern Peru. It took about a little over a year or a year-and-a-half to do and for me it was an extraordinary re-examining of who I was. We’re all sensitive vulnerable, people. We are all affected by people’s expectations of us and by people’s ideas of who we are. People live a lot with the shoulds and shouldn’ts of life with people telling us or the culture telling us who we are, advertisements tries to tell us who we are, teachers try to tell us who we are and our parents have expectations and ideas about who we are. To shake all of that off and try to come to your own sense of authenticity I think is one of those real deep, beautiful struggles in life: are we being authentic to ourselves?  It is so covered over with trying to people please. 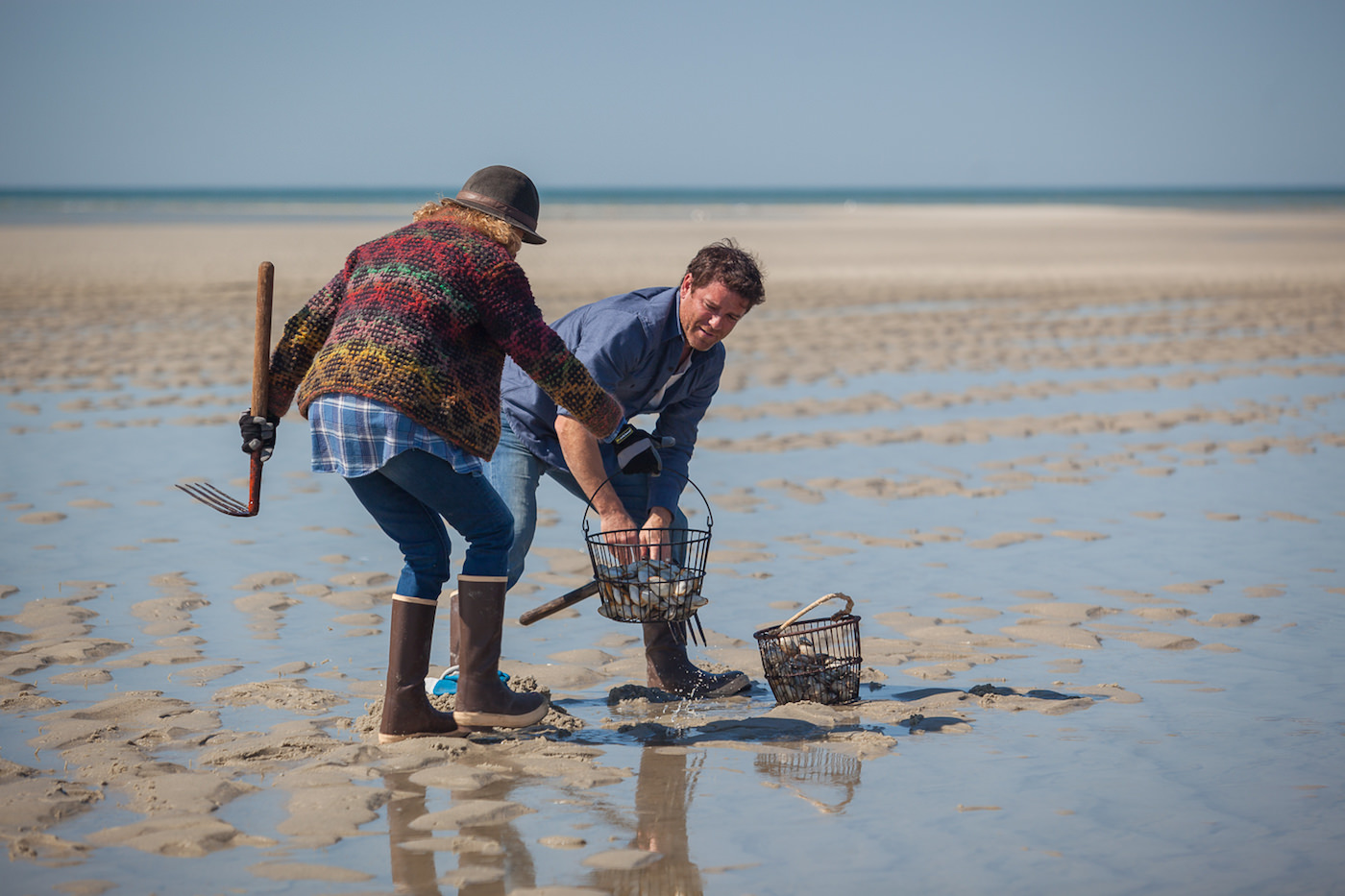 One of my favorite scenes in the movie is when Joan is with her friends and gets angry and then they all laugh.

That’s what’s so beautiful about girlfriends; you can really just lose your cookies and they will just ride with you. We just wanted to have fun with it. It is a real turning point for the character because she has been to a certain place of frustration.  She wants to continue her relationship with her husband but she’s trying to wait for this place where they’re really going to make that connection. I don’t think this is unusual in marriages sometimes where it is just not an even playing field, it’s not a two-way street, it’s not always reciprocal and I think Joan very much felt that she had to support his world but for him to really reach out and be willing to support her world had become over the course of the marriage not something that was happening. She is finding herself and he’s feeling alienated by the person she’s becoming.

By happenstance, Joan becomes friends with therapist Joan Erikson, wife of Erik Erikson, played by the wonderful British actress Celia Imbrie. What you think is the most important lesson that Joan learned from Joan Erikson?

I think it really had to do with joy, with just the joy of everyday life, the kind of being more awake to the world around her and less concerned with how her hair looks and if her makeup was perfect and had she got her nails done. She was very, very concerned about the superficial things in her life and I think she was a good mother to her sons but I think she had somewhere along the line gotten lost in a lot of things that ultimately are not very sustaining. So the pure spontaneity, that sense of freedom, the freedom of expression and of playfulness; she may have had it once but she had given it up somewhere along the way for something that came in and replaced it that didn’t offer her much.

I recently re-watched Raiders of the Lost Ark for the millionth time and it’s still a brilliant, wonderful, exciting, great film. Why do you think it has been so enduring?

I think it is just very good storytelling in the old-fashioned sense of the word. It’s just a great yarn. And it’s got characters that are surprising. Marian punches a guy and drinks people under the table for a living and Indy is an action hero who is a bit vulnerable. It captures the wonderful quality of humor and action of those great swashbuckling adventure films from the 40’s.