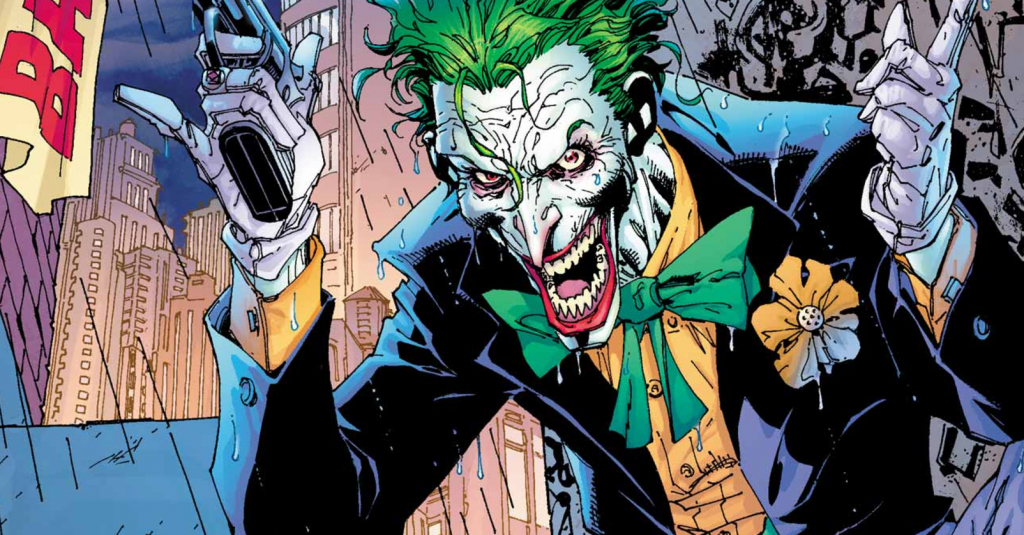 Back on August 23, we told you about how DC was developing a stand-alone Joker origin film. We also clued you into the fact that there was a fantastic, delicious bit of industry gossip that thanks to Martin Scorsese’s involvement in the Joker film, Leonardo DiCaprio was Warner Bros. number one choice to play the Clown Prince of Chaos.

Now word is the Joker script is almost done. Variety‘s Justin Kroll tweeted yesterday that he’d heard the Joker script was a week away from being completed. It was less than a month ago that we found out The Hangover‘s Todd Phillips and 8 Mile screenwriter Scott Silver were co-write the script, with Phillips directing. The turn-around is lightning fast, unless the script was in the works a whole lot longer ago than we knew about. Scorsese will produce alongside Phillips, which instantly gives this film allure, as Scorsese is not known for wasting his time with projects he’s not passionate about. This Joker origin story will be unveiled under a new, as of yet untitled banner that Warner Bros. will be using to expand upon their canon of DC properties, where they’ll be creating new storylines with various actors playing the iconic superheroes and villains.

Deadline reported that this origin story for the Joker will not rely on any previous explanations for his rise, which means this Joker will not share any of the memorable painful histories we saw in Tim Burton’s Batman, Christopher Nolan’s The Dark Knight, or David Ayer’s Suicide Squad.

The Leo rumor, if that’s all it turns out to be, makes sense because the insane clown is arguably the most famous comicbook villain of all time, and has been memorably embodied by Jack Nicholson, Heath Ledger (in our mind, the best Joker of all time), and Jared Leto. Leto is reprising the role in the Suicide Squad sequel and the Harley Quinn spinoff, but this origin story will find a new actor for the role.

Scorsese’s involvement jibes with the early word that this Joker film will be a gritty crime film set in early ’80s Gotham, which puts one in mind of Taxi Driver. Let’s hope Scorsese had a lot of input in the script, as a Taxi Driver-like Joker film sounds amazing.