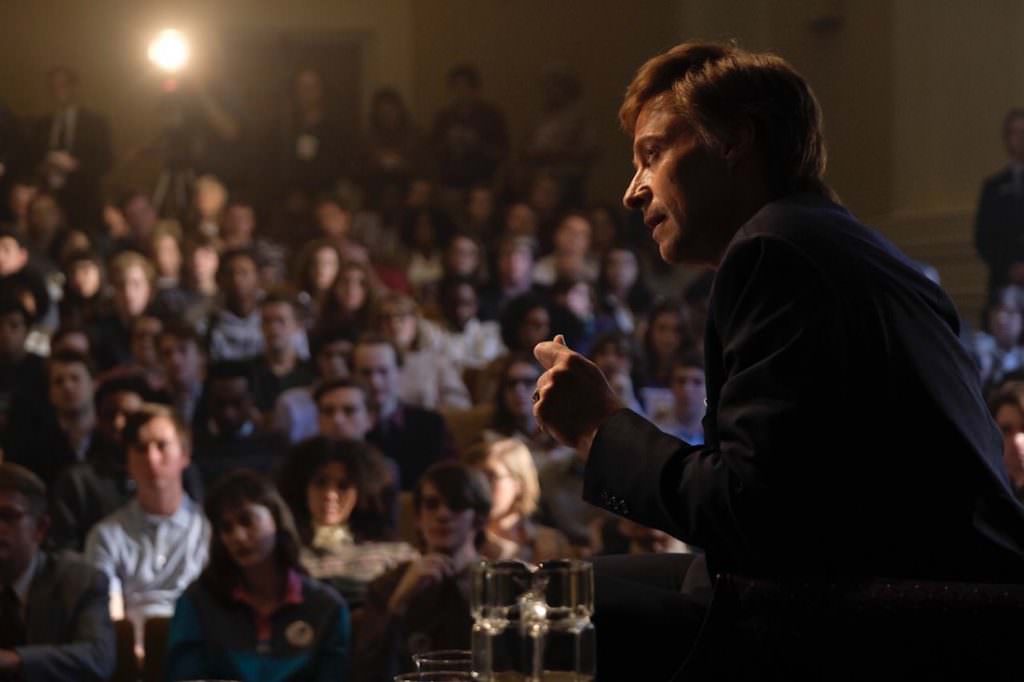 Now that Hugh Jackman has hung up his Wolverine claws, you’re likely going to see him in a lot more films like writer/director Jason Reitman’s political The Front Runner, giving Jackman the chance to dig into a meaty role in a drama. Based on Matt Bai‘s 2014 book ‘All the Truth Is Out’, Reitman’s The Front Runner officially began production yesterday, and stars Jackman as Gary Hart, the Democratic politician who appeared to be the frontrunner for the 1988 presidential race when allegations of an extramarital affair with actress Donna Rice destroyed his campaign. Hart eventually dropped out of the race, which was ultimately won by George H.W. Bush. Jackman shared the featured image on his Twitter page.

The Front Runner is a return to non-mutant drama for Jackman, after his terrific final outing as Wolverine in James Mangold’s Logan. It’s also a return to political drama for Reitman, whose debut feature Thank You for Smoking, which did a sizzling job satirizing the cravenness and absurdity of Washington lobbyists, was such a bracing, welcome jolt to the cinematic landscape.

In The Front Runner, director and star will have a chance to chronicle the rise and fall of a once potent candidate, delve into his messy personal life, and, perhaps the most intriguing angle for the two to explore, expose the pivot in the American media landscape when the world of politics became yet another arena for tabloid journalism, and no dirty secret was too personal to expose.

Joining Jackman is Reitman muse J.K. Simmons as Hart’s campaign manager and friend Billy Dixon; Vera Farmiga, who garnered an Oscar nomination for her work Reitman’s Up in the Air, as Hart’s wife Lee, who becomes a kind of model for The Good Wife, standing by her man; Mamoudou Athie (The Detour) as The Washington Post reporter A.J. Parker; Josh Brenner (Silicon Valley) as Hart’s foreign policy advisor Doug Wilson; Kaitlyn Dever (Men, Women and Children) as Hart’s daughter; and Sarah Paxton (Cheap Thrills) as Donna Rice, the model and actress who became the driving force of the scandal.

It was sad to see Jackson leave Wolverine behind, but it’ll be great to see him flex his considerable acting chops in films like The Front Runner. The release date hasn’t yet been shared.