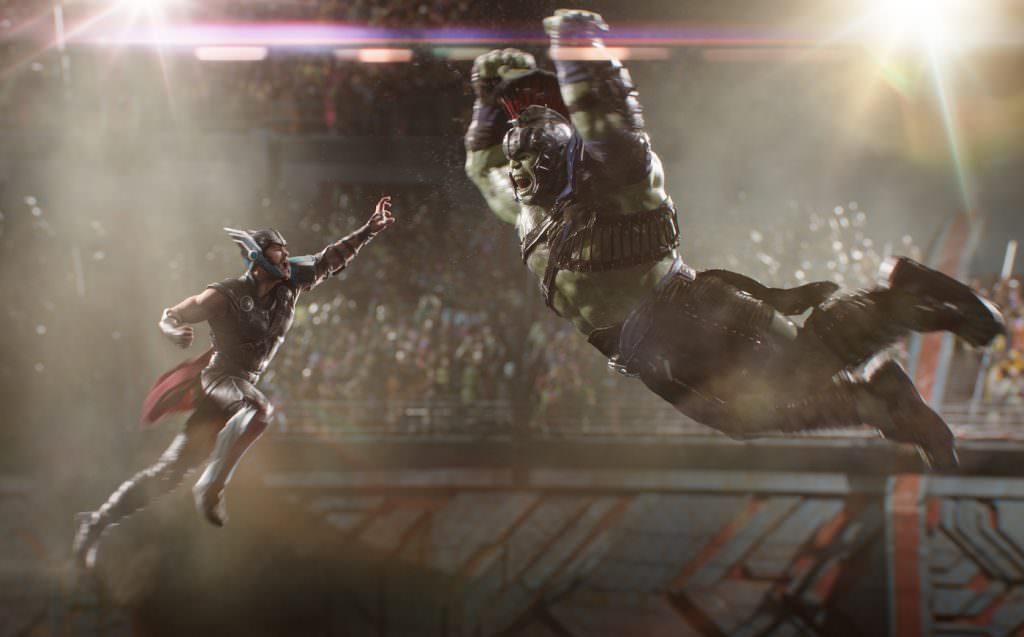 There’s a lot of Thor: Ragnaork news on the internet today, thanks to several outlets making a set visit to Brisbane, Australia, in September of last year finally publishing their pieces. Reporters from outlets including Slashfilm and Collider were able to discover a lot during their stay. If you’re not allergic to spoilers, you can read Slasfilm‘s three-page compendium, but we wanted to offer something for those of you who want to be surprised, but educated, going into the film.

As you know, Marvel’s Cinematic Universe is the interconnected, industry changing slate of films that Marvel began with 2007’s Iron Man. Spanning sixteen films and three phases, the MCU has balanced a huge cast of superheroes and villains in a collection of stand-alone films, two Avengers ensembles and Captain America: Civil War, which was both a continuation of Cap’s stand-alone films and an ensemble film that brought out most of the Avengers (save Hulk and Thor) and introduced Black Panther and Spider-Man to the universe.

So how does Thor: Ragnarok fit into the MUC? Director Taikia Waititi told Collider that he wasn’t interesetd in making “an episode of some larger thing.” Waititi needed to concentrate on making Ragnarok as good a film as it could be. The hope is always that even a non Marvel fan could watch Ragnarok and be thrilled without knowing how crucial Infinity Stones are, who Thanos is, and why the Hulk talking is such a big deal. (But guys, the Hulk talks in Ragnarok!)

Yet, Waititi is well aware that Ragnaork needs to work in context with the larger MCU. “The lucky thing is there’s a bunch of geniuses at Marvel that make sure, even if it’s a standalone piece, it’s still part of a great big jigsaw puzzle that could be appreciated as a whole as well,” he told Collider.

The way Thor: Ragnarok will fit into that great big jigsaw puzzle is best first understood by when it takes place; the events you’ll see in the film are set a few years after Avengers: Age of Ultron, with Thor on a solo journey in an attempt to find the Infinity Stones while the events in Captain America: Civil War and Spider-Man: Homecoming are happening. Producer Brad Winderbaum told Collider that Thor has become a “lone gunslinger” since Ultron, traversing the cosmos trying to save the universe.

Winderbaum says that Ragnarok will have a similar effect on the MCU as Captain America: The Winter Soldier did. In that film, Earth’s protective force, SHIELD, was destroyed. In Ragnarok, you can prepare for the universe’s protective force, the planet of Asgard, to undergo a similar fate (this isn’t a spoiler, it’s right there in every trailer). Asgard was established in Phase One as a place where eternal forces for good, like Thor and Odin, were looking out for the rest of the universe. Asgard’s destruction at the hands of Cate Blanchett’s Hela will have a ripple effect on the movies that follow, and will make the battle against Thanos that much more difficult.

Thor: Ragnarok opens in theaters on November 3. Advanced tickets are already on sale.