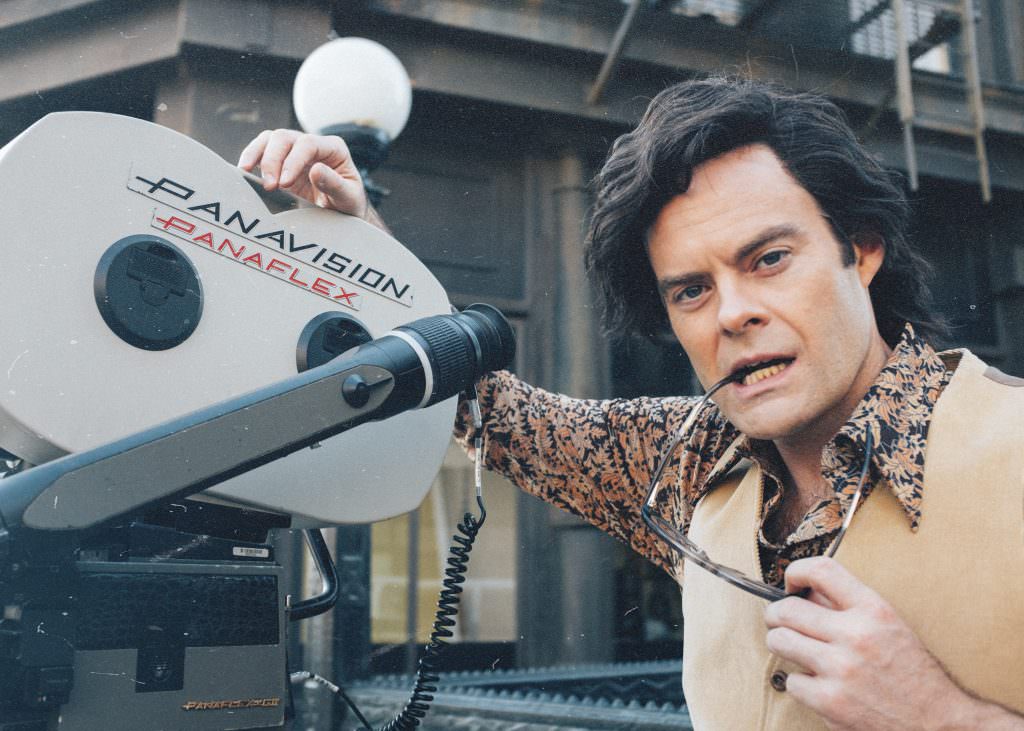 Saturday Night Live is a mecca for comedians, where stars like Eddie Murphy, Amy Poehler, and Will Ferrell and writers like Conan O’Brien and Tina Fey took their careers to new heights. The show’s most memorable sketches have launched successful spin off projects like Wayne’s World and The Blues Brothers. Documentary Now! is one of the latest SNL inspired projects to unite the show’s alums outside Studio 8H. Following the retirement of SNL favorites Bill Hader and Fred Armisen at the close of Season 40, the costars reunited with Seth Meyers, Rhys Thomas and Alex Buono to create the endlessly creative mockumentary series. The group is now nominated for Outstanding Variety Sketch Series at this Sunday’s Emmy Awards. The show blossomed from an ingenious idea to feature Hader and Armisen in spoofs of classic documentaries from The War Room to The Kid Stays in the Picture. Documentary Now! is bold, unflinching, intelligent, and if you don’t get the joke, it’s your loss.

We spoke with Director/EP Alex Buono about making the leap from SNL to Documentary Now!, what makes a good documentary to parody, pulling off big ideas on tight timelines, and more.

How did the idea come about to make fake documentaries?

Between Bill, Fred, Seth, Rhys Thomas, and myself, we all worked together for years and years at Saturday Night Live. I’d been there since ’99. The last season for all three of those guys – Bill, Fred, and Seth – Seth wrote a sketch called The History of Punk. It was Fred Armisen playing Ian Rubbish in a punk band called Ian Rubbish and the Bizzaros. That spot became the first concept for an episode of Documentary Now!

Some IFC execs were watching Saturday Night Live, and they saw this come up and had this idea of, “Oh my gosh, that could actually be a show.” Meanwhile, Seth, Bill, and Fred all simultaneously had that same feeling. By Sunday or Monday, the conversation was being had between Broadway Video who produced Saturday Night Live and Portlandia with the IFC executives.

So once it was picked up, where did it go from there?

At the time we didn’t know what it was exactly. It took a little time feeling out what is this exactly, but I think as soon as the larger picture dawned it was like, “Oh yeah, that’s it.” Each episode is its own homage to a different documentary. Going into the first season we definitely were like, “It’s really great that IFC’s letting us do this, but is this going to work at all? Is anybody going to get this joke? Or is this just going to be the most obscure, niche thing ever?” 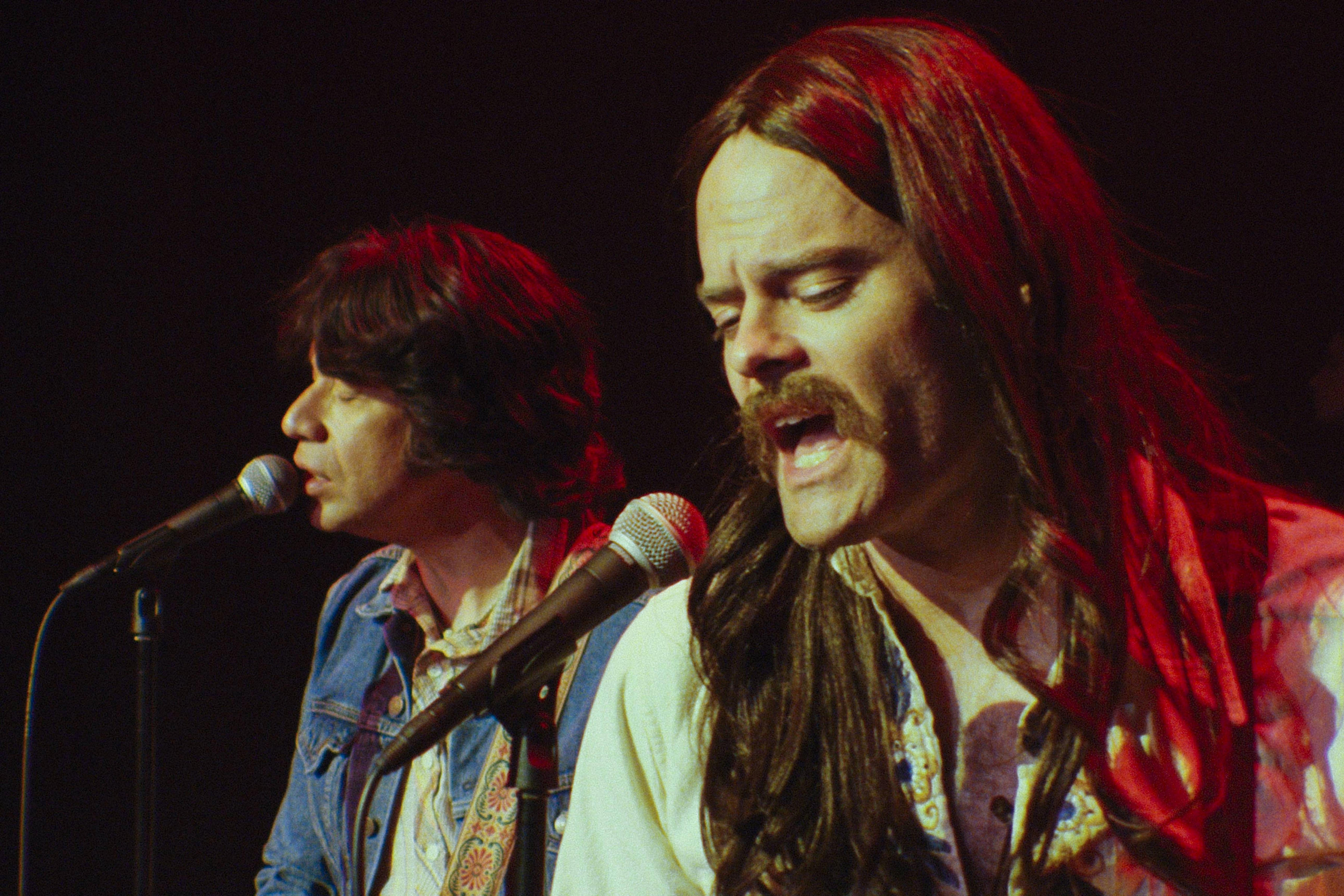 At least everyone on your team got the joke. That had to be a good sign.

I think all of us, everybody involved, is this true documentary-phile. Almost to a degree that none of us had ever discussed with each other, but those guys have seen everything. They’re absolutely documentary aficionados. And like serious docs, real classics.  There’s nothing funny about these at all. Documentary Now! has fake live footage, and interviews, but more importantly it was played super straight. There’s no wink at the audience. There’s no big swing at the joke. You either enjoy that we’re playing it that straight, or you don’t get what this is.

You started the show with a spoof of Grey Gardens, which is pretty universal. How did you decide which docs made good source material?

Grey Gardens felt like this synthesis of a classic doc. Lots of people have seen it and it has perfect characters for Bill and Fred to play. That really underscores what the show is. “Oh, that’s Bill and Fred inserting themselves not just into these documentaries, but inserting themselves into these characters.” That’s really the number one thing we’re looking for when we consider what would be a fun documentary to pay homage to. Who would Bill be? Who would Fred be? Are there great characters? Is that going to be a fun dynamic relationship to watch? The most fun is definitely watching Bill and Fred have fun together. They’re such close friends, they truly amuse the hell out of each other. It’s a joy to just sit back and watch it happen. There’s no grander sense of what they’re doing other than trying to make each other laugh. 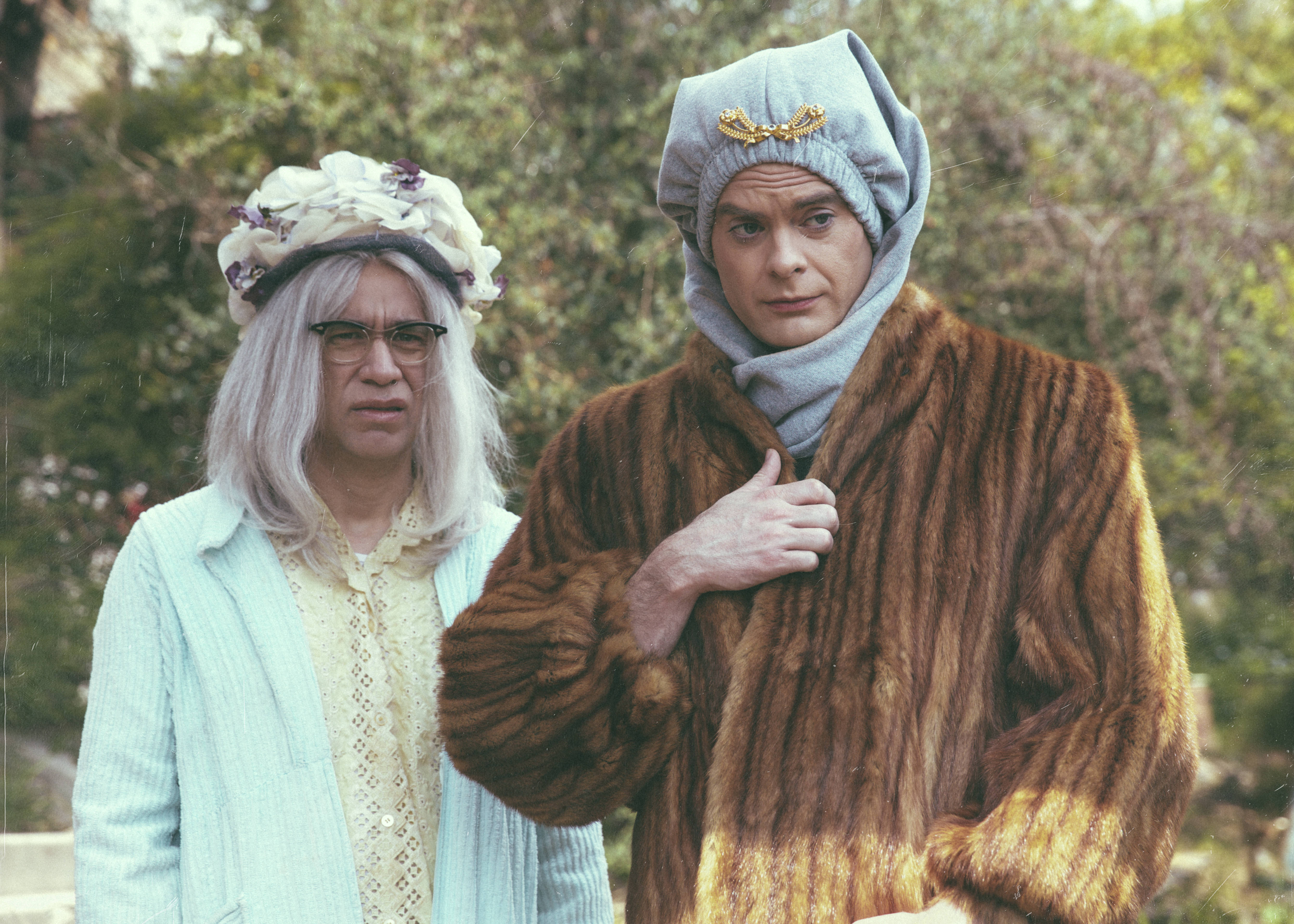 Is it hard to keep your composure on set when they’re being so funny?

Sometimes. But then at the same time, if they’re working hard and nobody’s laughing then you definitely have a little bit of a “Oh, what’s wrong here?” Most of the time you are laughing.

Each episode is so different from the others as far as style, content and time period. How do you keep up that variety?

One of the most fun things about the show is that every episode is so different. This week it’s a black and white, and then next week we’re going to do something really contemporary, and then we’re going to do something in a foreign country. Those of us who came over from SNL, we built those muscles of how to just be nimble and every week is something new. We spent years doing that at SNL where you just get handed a script and then you have to shoot it the next day and you have no idea what genre it even is. 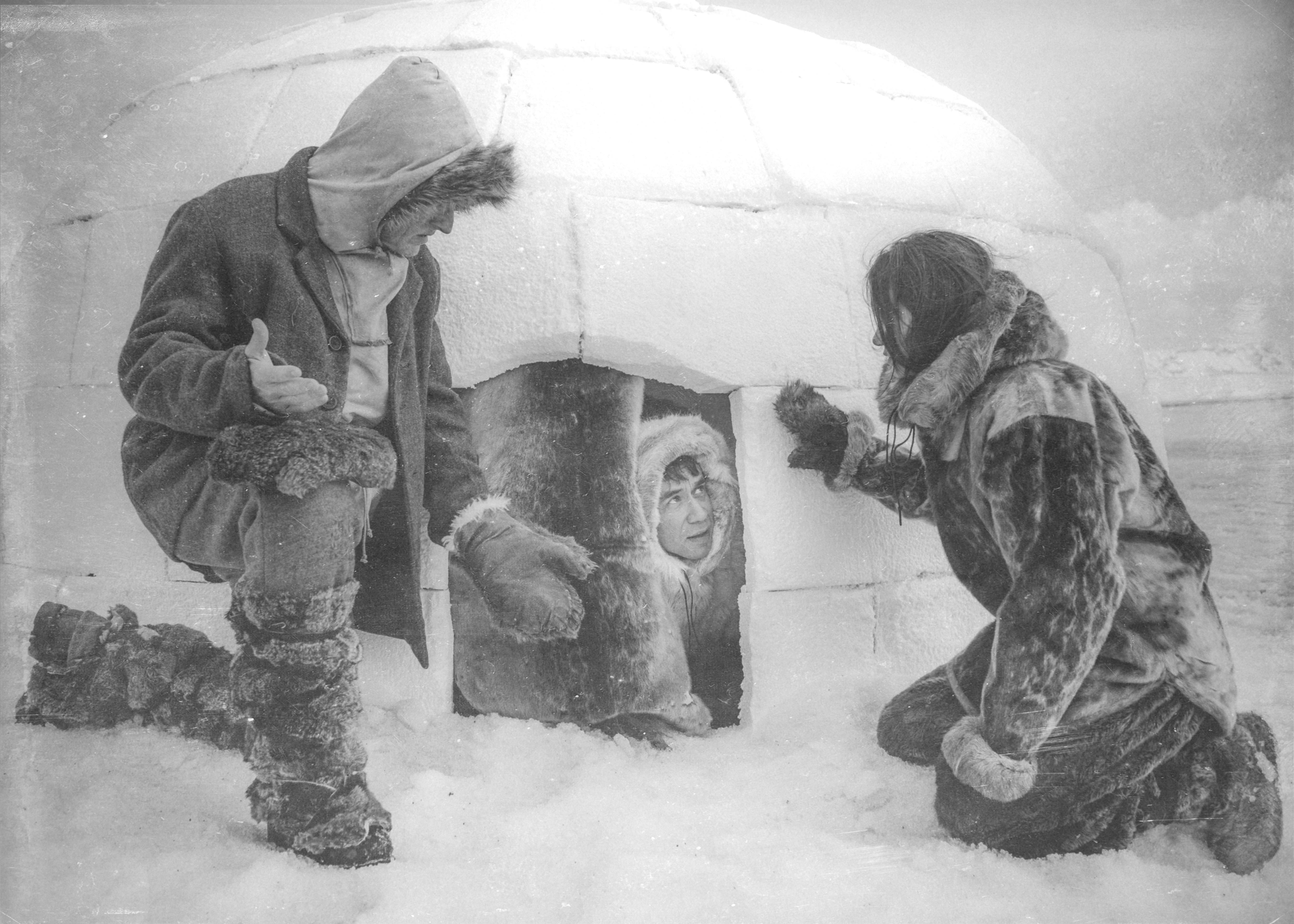 How do you find sets for all of these stories?

My mantra has always been, “Give all the money to the art department.” Let them make it and then we’ll go in with whatever’s left and we’ll shoot it. I think the common mistake that sometimes gets made is, “We want this fancy camera, and this lighting package, and we’ll do all this fancy camera stuff.” And then the art department is like, “Congratulations, we’re going to shoot in this closet because we don’t have a location.” And so our goal has always been start with the location.

We did an episode that was based on Nanook of the North. That was the 1920s Eskimo film. First, it was like, “Let’s go to Big Bear. We’ll make it look like the Arctic Circle.” And you’re like, “No, it’s not going to look like the Arctic Circle. It’s going to look so fake. Let’s just go to Iceland if that’s what we need it to look like.” What we found was that going to a real place, and working with a local crew is actually way more efficient and less expensive than building a whole world in Los Angeles.

What was your biggest takeaway from SNL?

The thing about SNL is that it really is a tight family and you’re constantly amazing yourself at what the team can pull off. The Wes Anderson horror spot, the Dead Poet’s Society Farewell Mr. Bunting, is the last thing that I ever did with the show. Pete Davidson get his head severed by a fan and the spot is played so straight. For three minutes there’s no jokes at all and then out of nowhere his head gets severed The reality is it was like four in the morning, and someone like is holding a fake body shooting blood out of it, spraying him in the face. A lot of it comes from the extremism of it. We had one day to do this, you’ve been shooting for days and there’s always that moment of, “I don’t know what we’re doing right now. How is this ever going to work?” And then it does. I think that it’s important that when time is running out and everybody’s getting tense to not panic and to have that experience. We will get through it. It will be on the air. We’ll be good.