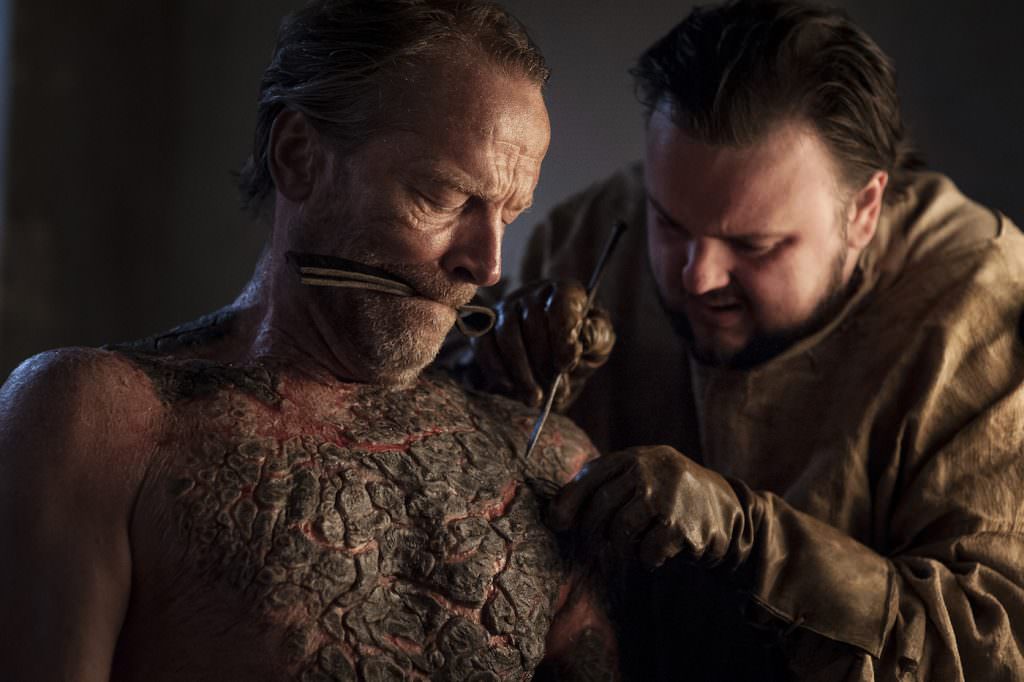 Poor Jorah Mormont. The long suffering son of Lord Commander Jeor Mormont (the latter died believing his son was a failure and traitor to the family name) lived in exile in Essos, eventually finding himself commissioned to spy on Daenerys Targaryen. Initially pretending to be her advisor, Jorahn eventually fell in love with Dany, and believed her to be the best possible ruler of Westeros. Unfortunately for Jorah, Dany found out he had been sent to spy on her, and the poor guy was exiled yet again. It was during this time period he came upon Tyrion Lannister, who he captured in the hopes of bringing him back to Dany would get him back in her good graces. Along their travels the two were attacked by the Stone Men, and Jorah contracted the fatal greyscale. He eventually did make it back in the Mother of Dragon’s good graces (after not only bringing her Tyrion, but saving her life in Meereen), only to find himself, yet again, sent away, this time to find a way to cure himself of his deadly affliction.

In this past season of Game of Thrones, Jorah had given up, and was planning on committing suicide while at the Citadel, his greyscale having advanced to the point where he had only a few days left. Little did he know, however, a savior was on the scene by the name of Sam Tarly. When the two met, and Sam saw the extent of Jorah’s agony, he was determined to help. Going against the wishes of Archmaester Ebrose, Sam performs a very risky operation on Jorah in one of the season’s grossest (but sweetest!) moments. Hacking away at Jorah’s greyscale, exposing the oozing, raw tissue below, the Dr. Tarly greyscale surgery scene was a feat of grossout practical effects, and a testament to the many incredible artists who work their magic on the show without getting any attention.

Now HBO has revealed just how they pulled this scene off, paying credit where credit is due. Thanks to Barrie Gower, GoT‘s prosthetics designer, and his incredible team, they were able to create a layer of body makeup that looked not only like greyscale affected skin, but had underlayers that would ooze pus and blood and all sorts of grisly fluids. The scene is an absolute howler, both for poor Jorah and viewers at home, but it’s also an astonshing feat of practical effects. Check out how it was done in the video below, but maybe wait until you’ve digested your lunch.