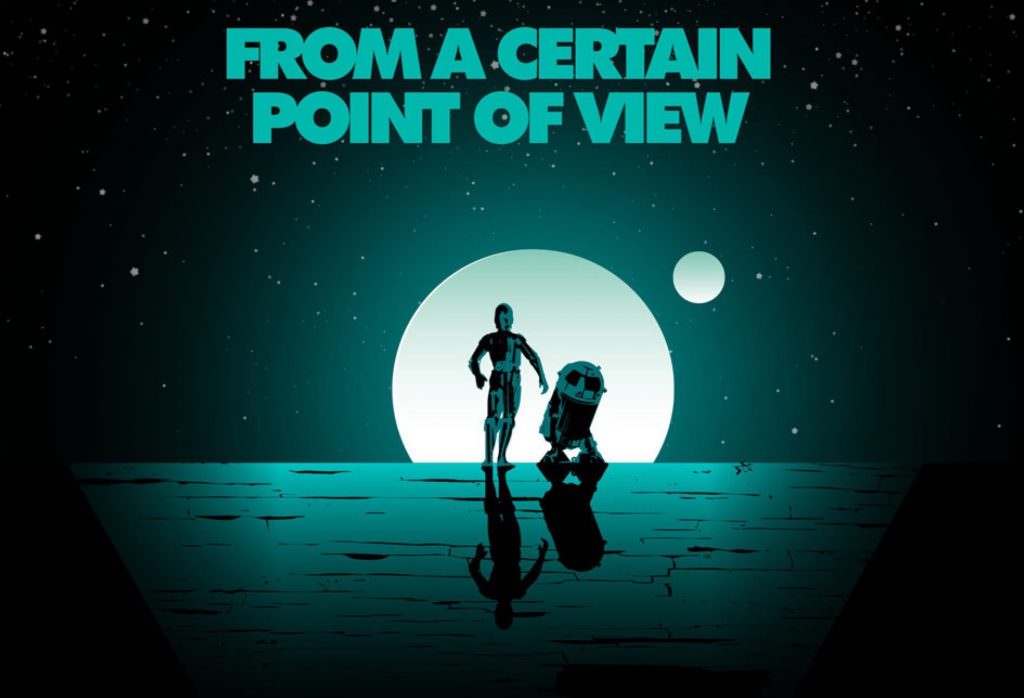 It’s not every day you learn that the Star Wars galaxy just got a massive influx of new stories. Back in April, we learned a new book was coming out called “Star Wars: From a Certain Point of View,” which would combine 40 stories by a bunch of well respected sci-fi writers, including comic legend Paul Dini and Rogue One screenwriter Gary Whitta. The choice of 40 stories was in order to celebrate the 40th anniversary of the franchise.

Each story would be told from the perspective of background characters from A New Hope. This gave the writers the opportunity to imagine the inner lives of characters who have long been little more than punch lines (like the Stormtroopers who Obi-Wan convinced that R2-D2 and C-3P0 weren’t the droids they were looking for) or were glimpsed so briefly, they didn’t register at all. The book will be published in October, so Del Rey Publishing has begun revealing what some of these stories will be—26 of them, to be exact.

These 26 titles were revealed on Twitter (where else?) via #FromACertainPOV.  For the full list of titles, click here. Here are a few we wanted to highlight:

Zoraida Córdova’s “You Owe Me A Ride” centers on the Tonnika sisters: “Brea and Senni watched the suns set from atop a rock formation. Tatooine might be a desert wasteland lacking in any culinary delicacies, but few things in the galaxy compared to the brilliance of its sunsets.”

Christie Golden’s “The Bucket” introduces us to the stormtrooper who turned Leia in: “I want them alive, Vader had said. Their blasters were set on kill. They were in a battlefield, even now. Too many of the crew were loose and armed, wandering about and opening fire, for the stormtroopers to take chances.”​

Alexander Freed’s “Contingency Plan” focuses on Mon Mothma: “Mon Mothma can’t actually see the future. She used to know people who could, but the last of them is dead now, too.”

Pablo Hidalgo’s “Verge of Greatness” looks at Tarkin on a very special, very awful night: “You may fire when ready,’ Targin said at long last. And he allowed himself the briefest of smiles.”

“Star Wars: From A Certain Point of View” can be pre-ordered now on Amazon.