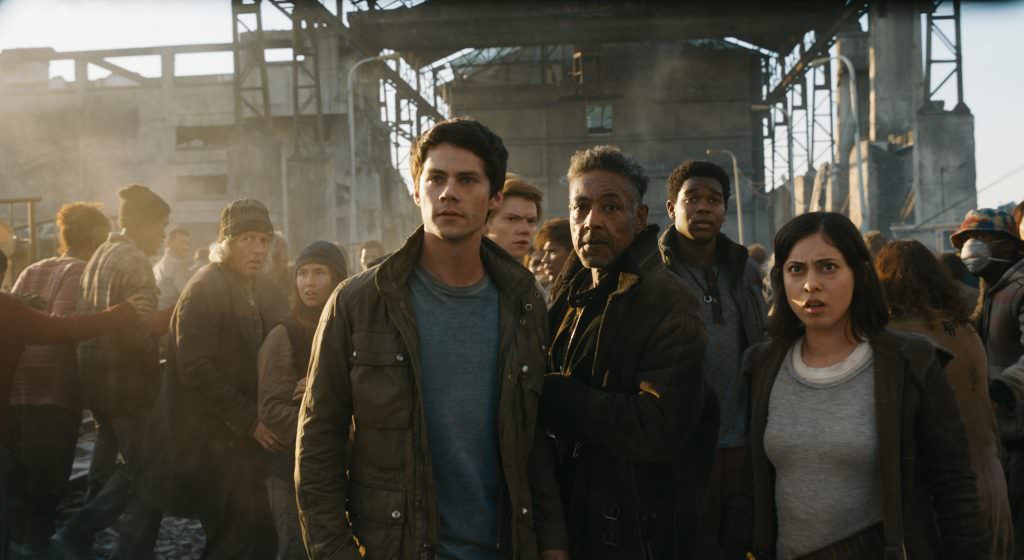 The Gladers Head for the Lost City in New Maze Runner: The Death Cure Trailer

We’re so thrilled to see this trailer for the final film of the Maze Runner trilogy after star Dylan O’Brien’s terrifying accident on set last year. It’s great to see the actor back in action. O’Brien’s recovery pushed back production by a year, but it looks like he’s back in top form to fight the WKCD.

After spending the first two films escaping the Glade and avoiding the Flare, The Death Cure finds the Gladers on a mission to enter the Lost City, but they might be encountering the most dangerous maze yet. The film’s trailer recaps the action of the first two films then teases the group’s plan to break into the city where they will presumably attempt to rescue Minho.

Thomas (Dylan O’Brien) has a tense encounter with Dr. Ava Paige (Patricia Clarkson). Dr. Paige seems to suggest to Thomas that there is a cure to the Flare, but he’s certainly conflicted about his faith in finding one. When Teresa (Kaya Scodelario) suggests the same thing, Thomas adamantly denies a cure exists. However, his convictions seem to waver when faced with saving the Gladers and curing the Flare.

There’s not much about The Death Cure that is revealed in this trailer, but we have almost 5 months to go before its release. There is, however, an incredible train sequence that’s probably the series’ most ambitious action sequence yet. We expect to see several more updates and clips from the film before the premiere, but it already promises to be the most intense of the series.